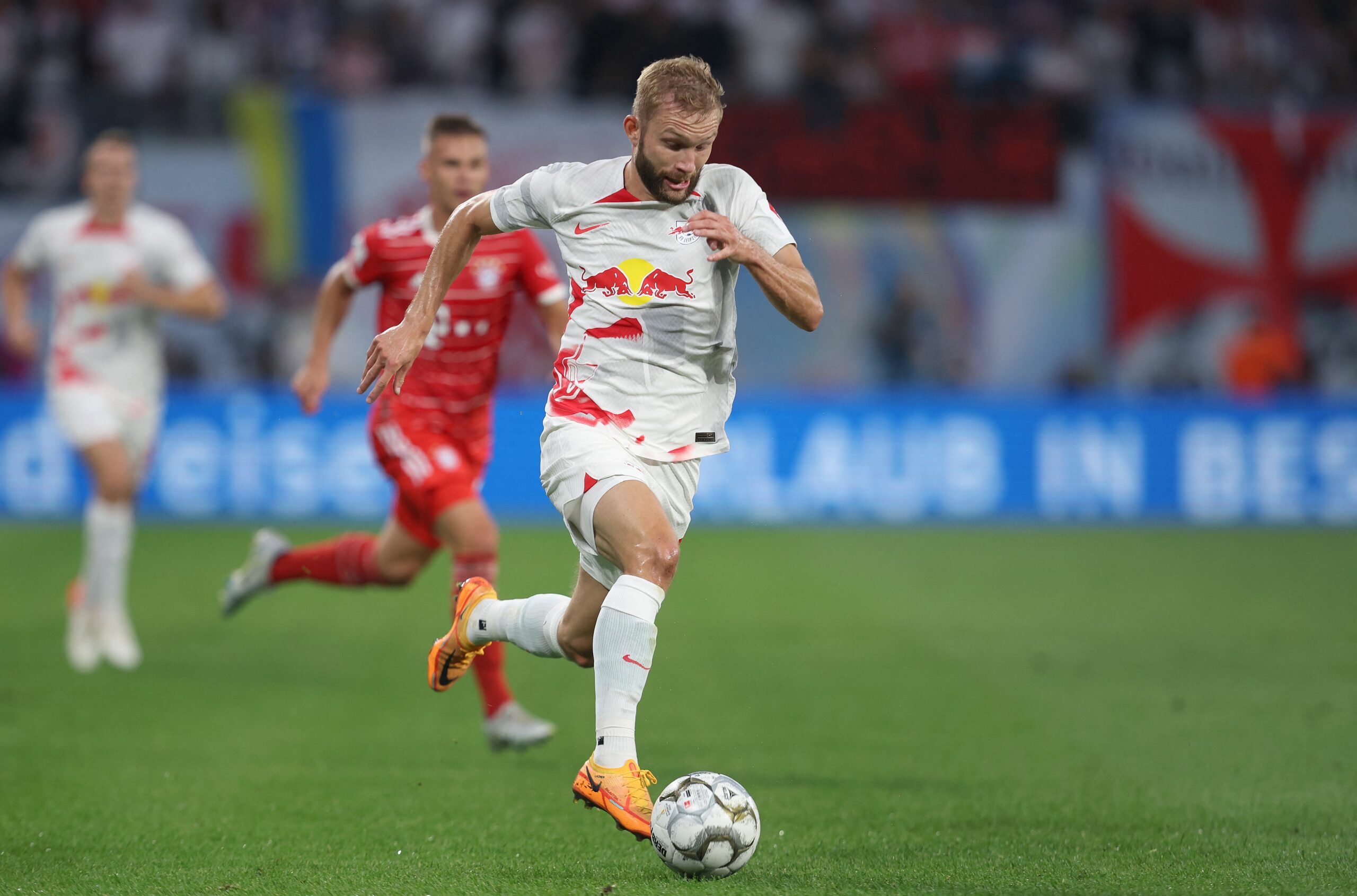 Bayern Munich could cool their interest in Konrad Laimer in favour of handing Marcel Sabitzer more playing minutes, according to reports in Germany.

Sabitzer was largely expected to leave Munich this summer off the back of an underwhelming season with the Bundesliga champions.

Arsenal and Atletico Madrid were both previously linked with a move for Sabitzer but neither of them has been able to get a deal over the line.

The Austrian played the full 90 minutes of Bayern’s 5-3 Super Cup victory over RB Leipzig last Saturday and now looks set to stay for the upcoming campaign.

This could have a huge bearing on the Bavarians’ pursuit of Leipzig’s Konrad Laimer, who also featured in the aforementioned match.

Speaking towards the back end of the just-concluded campaign, Laimer admitted that he could be set for a move away from Leipzig when he was quizzed about his future.

“It doesn’t make sense to hold talks during this decisive phase of the season as that would bring unrest.

“I’ll play the season until the end then will think about my next step.

“I’ll turn 25 in May and have enough experience to make such decisions clearly.”

Laimer also shed some light on Bayern’s interest in him last summer when they made a formal enquiry for his services.

“I’m loved in Leipzig – things weren’t advanced and the move didn’t happen – I’m over it,” he added.

Having agreed personal terms, Julian Nagelsmann’s men remain huge admirers of Laimer and have had two bids rejected for the midfielder already, most recently a €23million offer with Leipzig believed to be holding out for €7m extra.

Per Christian Falk, Laimer has already informed Leipzig that he will join Bayern on a free transfer in 2023 if a move fails to materialise this summer.

In the meantime, the 25-year-old will remain at the Red Bull Arena and Sabitzer at the Allianz Arena.