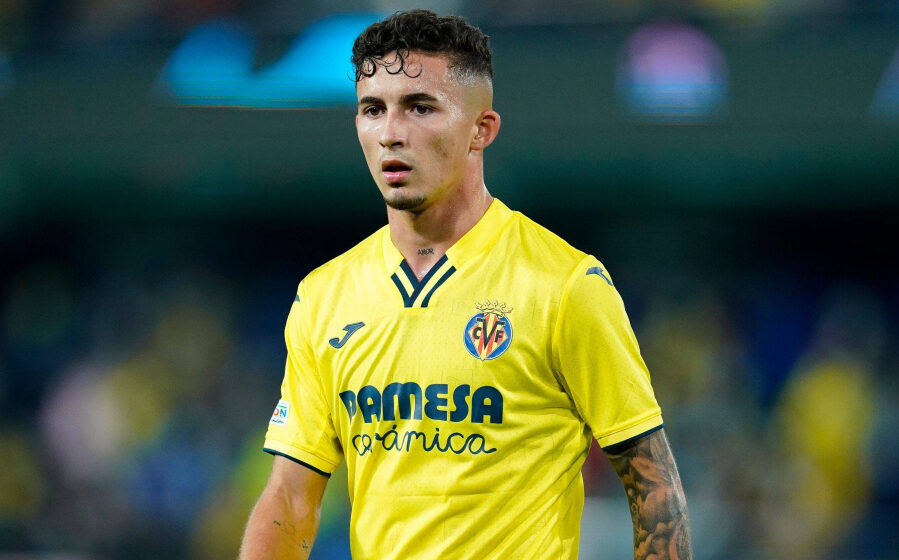 According to fichajes, Villarreal sensation Yeremy Pino could soon be on his way to the Premier League with Manchester City, Liverpool, Arsenal and Chelsea all circling.

The Spaniard emerged as a key player in Unai Emery’s plans over the last 12 months after graduating through the youth system of the Yellow Submarines as an 18-year-old in 2020.

He announced himself onthe big stage in his debut against Sivasspor in the Europa League in October 2020 and has since captivated La Liga with spurts of brilliance, indubitably cementing his place in the team.

It took him just a week post-debut to score his first Villarreal goal, which came against Qarabag in the Europa League.

Over the last two seasons, his agility, trickery and quick turn of pace to go with an intelligent footballing mind has drawn the attention of some of Europe’s elite teams, including the so-called ‘Big Six’ in the Premier League.

His ability is reminiscent of Eden Hazard tearing up Ligue 1 with Lille prior to his move to the Premier League with Chelsea.

In Pino’s debut campaign with the submarines, he only started in six games of the 24 appearances he made in the league, scoring three times and assisting once.

He made 37 appearances across all competitions, scoring seven times en route to receiving his first senior cap for Spain during the international break in October.

Months later, he started in the Europa League final against Manchester United and became part of the first Villarreal side to win a major trophy in the club’s history.

The Spaniard did not just play an instrumental part in his team’s history-making campaign, he also became the youngest winner since the competition began.

His ability to dance with the ball, drop a little feint and beat his man at will is perhaps one of the most scarce resources in football today, with several coaches favouring a more tactically rigid style of play.

Pino is not fazed by challenges, however tough they seem to be. With the array of talent already at Emery’s disposal, some of whom boast better European exposure and experience, the Spaniard has fought his way through to becoming equally important in the team.

Pino does not just dazzle with the ball at his feet. His efficiency and work rate without the ball points to a well-rounded, mature player bound for stardom.

It would be easy to forget that the dazzling youngster is still just 19 years old because his movement and intelligence on the pitch are like that of a veteran.

However, he is far from the finished article, but with a cautious mentor like Emery guiding him, it is only a matter of time.

Premier League elites have already scouted the young Spaniard, and somewhere in the back of their minds, El Submarí Groguet knows they can only keep him from the claws of the football giants for so long.

Despite negotiating a contract extension to keep him at the Estadio de la Cerámica until 2027, that can only be seen as a ploy to delay the inevitable with the EPL big guns already knocking on his door.