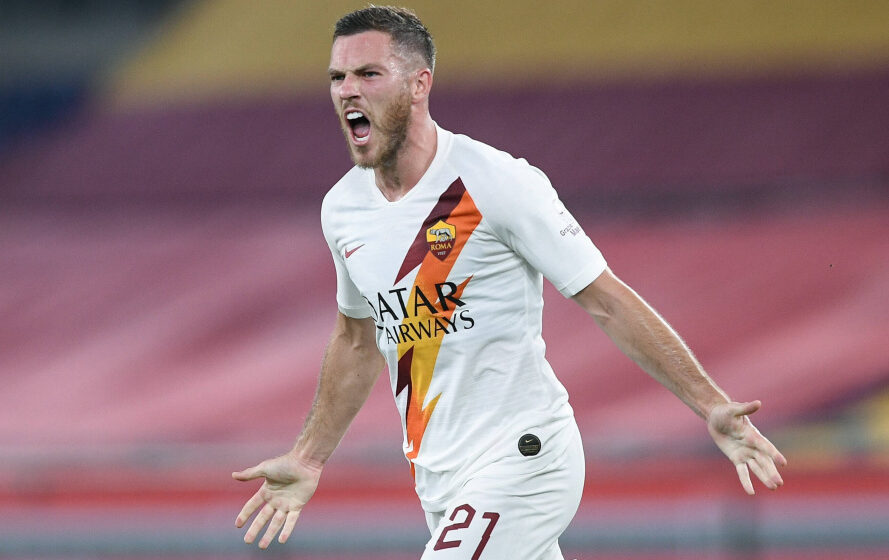 Olympique Marseille have all but completed the signing of AS Roma midfielder Jordan Veretout, according to Santi Aouna.

The 29-year-old will return to France to join Les Phocéens on loan with a mandatory permanent move for €11 million after the midfielder has played 15 matches. The Ligue 1 giants will also cover his entire salary during that time.

Talks between both clubs are at the final stage, and both sides are confident of getting the deal done in a matter of hours.

Despite making 36 league appearances last season, the Frenchman is not a player Jose Mourinho will fight tooth and nail to keep.

The former Nantes man fell out with the Portuguese manager in the second half of the last campaign and has slowly been phased out of his plans since.

The Giallorossi have already brought in Nemanja Matic, but the impending arrival of Georginio Wijnaldum would further push Veretout towards the exit door.

Veretout’s potential arrival in France has been met with discontent rather than delight, with social media criticism over rumours regarding a legal matter involving the family of his wife.

Fans have taken to social media to express their disapproval of the transfer using the hashtag #VeretoutNotWelcome.

However, the club president Pablo Longoria leapt to the defence of the France international during a press conference (via L’Equipe), stating that the midfielder was not found guilty of any allegations.

Igor Tudor’s midfield has required reinforcements since the departures of Boubakar Kamara and Amine Harit.

They have already completed the signing of Matteo Guendouzi from Arsenal on a permanent deal. However, Veretout’s experience would prove invaluable to Tudor’s side as they look to challenge Paris Saint-Germain for the league crown.

Veretout would be the third player to move from Rome to the south of France after Pau Lopez and Cengiz Under.

Marseille are also in talks to sign Alexis Sanchez. However, the deal would only be possible if the Chilean terminates his existing contract with Inter Milan, which runs until 2023.