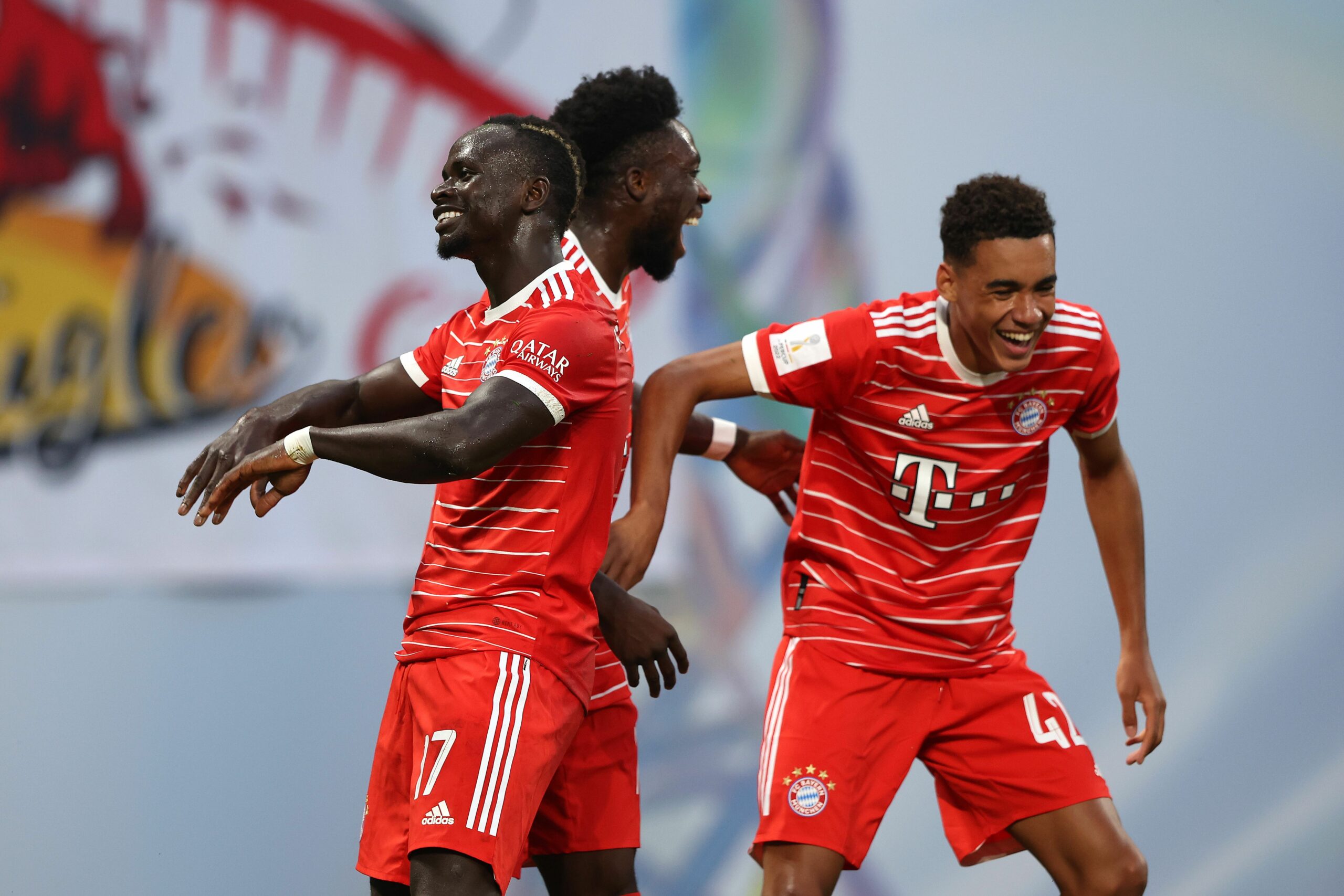 Perennial German champions Bayern Munich take a trip to the Deutsche Bank Park to take on Eintracht Frankfurt in the 2022/23 Bundesliga opener.

The home venue of the Europa League champions Frankfurt has the honour of hosting the curtain-raising fixture of the 60th Bundesliga season.

Despite winning their first major European trophy in the 21st century, Die Adler will want to forget the 2021/22 domestic campaign as soon as possible.

After finishing the previous Bundesliga season in an underwhelming 11th place, Oliver Glasner’s side will be looking to translate their impressive continental form to domestic action from day one.

However, standing in their way will be record-time German champions Bayern, who picked RB Leipzig apart in the DFL Supercup last weekend, courtesy of a scintillating 5-3 romping.

Last season, Julian Nagelsmann’s side won their tenth Bundesliga title on the trot, but everything changed over the summer as Robert Lewandowski left the club to join Barcelona.

Having waved goodbye to the club’s long-serving talisman, the Bavarians are seeking a fresh start, with former Liverpool ace Sadio Mane entrusted with shaping up the new era at the Allianz Arena.

A hectic start to Bayern’s fixtures schedule includes home clashes against Wolfsburg and Borussia Monchengladbach by the end of August, along with a seemingly winnable trip to Bochum.

Frankfurt’s bid to challenge higher up the table on the back of an illustrious European campaign has seen the club land the likes of Mario Gotze, Randal Kolo Muani and Lucas Alario in the summer.

A raft of the valuable summer signings inspired Glasner’s team to an overwhelming 4-0 win over second-tier outfit Magdeburg in the opening DFB-Pokal round last weekend.

Die Adler’s encouraging start to the new domestic campaign comes in handy as they aim to arrest a woeful run of eight winless league matches from the tail-end of last season (D5, L3).

As mentioned before, Bayern looked unfazed by Lewandowski’s departure, as five players got on the scoresheet against Leipzig to make fans forget about the absence of the five-time successive top-scorer.

In addition to Mane, who scored on his competitive debut for the Bavarian powerhouse, Matthijs de Ligt, Noussair Mazraoui and Ryan Gravenberch appeared for Nagelsmann’s side for the first time last time out.

With Bayern’s new-look squad firing on all cylinders from the offset, the visitors will feel confident about curtailing a three-game winless Bundesliga streak from the final stretch of last season (D2, L1).

Frankfurt vs Bayern, along with all other 2022/23 Bundesliga fixtures, will be available to watch live online via Bundesliga streaming sites.

Frankfurt have often been a thorn in Bayern’s side over the past couple of years.

Before succumbing to a 1-0 defeat in this corresponding fixture last term, Die Adler had won back-to-back league meetings with the Bavarians.

Though the recent H2H record does not bode well for Bayern’s bid to start the new season on a high, their showing against Leipzig suggests otherwise.

While we back Nagelsmann’s side to take home all three points, this will not be a field day for the visitors by any stretch of the imagination.