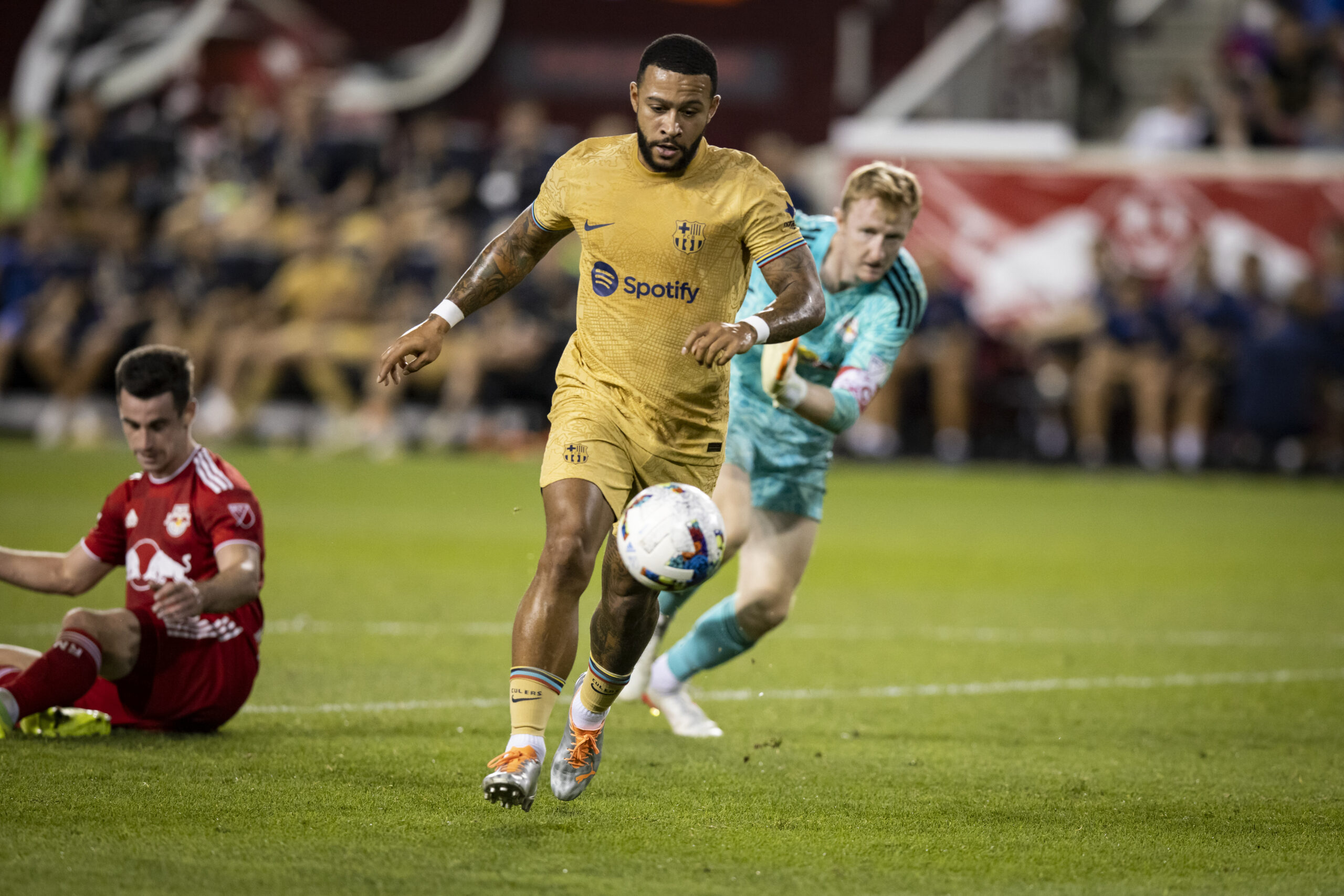 Juventus and Tottenham Hotspur have been handed a huge boost in their pursuit of top target Memphis Depay, whose exit from Barcelona looks imminent.

Italian journalist Fabrizio Romano reports that Barca are in talks with the Dutch star’s lawyers over the termination of his contract, which will make him a free agent this summer.

The 28-year-old has found himself as an outcast since Xavi took over at Camp Nou and the Spaniard gaffer communicated to the Dutch international that he is no longer in his plans this season.

Depay’s departure would open up room for the Catalan club to register new signings, including Robert Lewandowski and Raphinha.

Romano added that Depay would only consider joining a top club if he were to leave Camp Nou, which would serve as great news for his suitors, Tottenham and Juve.

Spurs manager Antonio Conte is building a strong squad that can challenge on all fronts next season. Although a handful of signings have already been completed, the Italian gaffer wants to add Nicolo Zaniolo and Depay.

Juve are also in the market for a new forward, with Depay’s name high on the wishlist.

The Old Lady have already snapped up Paul Pogba and Angel Di Maria on free transfers, and they want to follow up with Depay.

Alvaro Morata, Anthony Martial, Luis Muriel and Zaniolo are also on the Bianconeri’s radar, but all could cost a significant amount of money as opposed to Depay, who could be available for free.

A move to Allianz Stadium looks like the best option for the Netherlands international as he can play a more prominent role there.

He could be pushed down the pecking order at Spurs behind Harry Kane, Heung-min Son, Dejan Kulusevski and Richarlison.