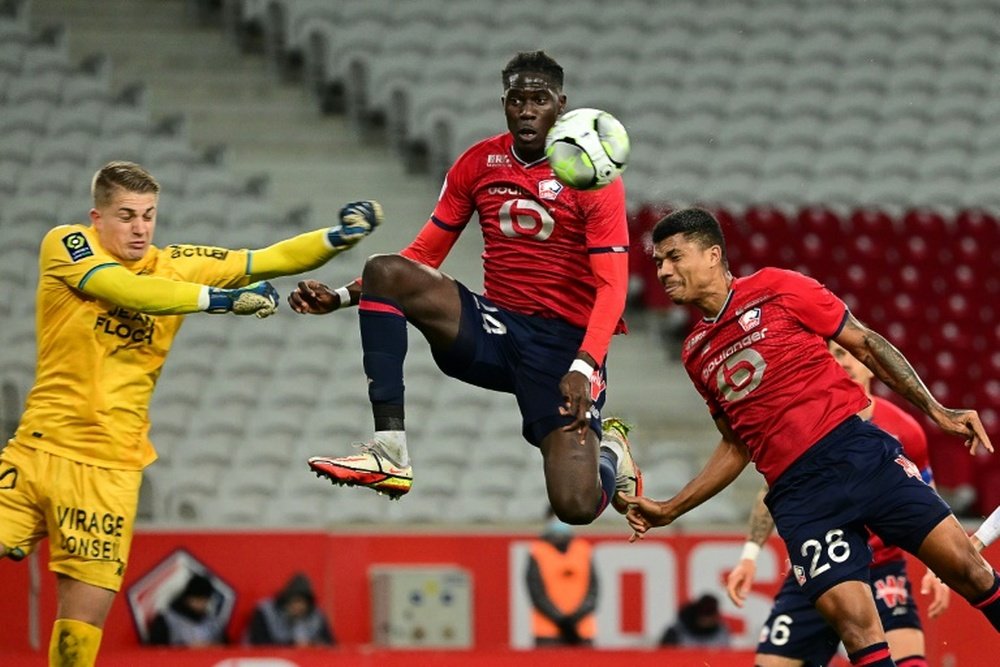 West Ham United are set to complete the signing of Amadou Onana after Lille accepted a bid worth up to £33.5 million, according to the Guardian.

The Hammers have been targeting Onana since the beginning of the transfer window but look set to land their target after a stop-start chase.

Lille rejected two lowball offers from West Ham for the Belgian midfielder before the London club returned with a better offer.

Les Dogues signed the player from Hamburg for €8m last summer, and with four years left on his contract and money from the Sven Botman sale, they are not desperate to sell.

David Moyes is keen to add some competition to his midfield. The usual pairing of Declan Rice and Tomas Soucek needs to be challenged, especially with the departure of club captain Mark Noble.

The Hammers have brought in 23-year-old Flynn Downes from Swansea City, and Moyes will further boost his options by signing Onana.

Onana is a physically dominant player in midfield. He is a superb tackler who excels at breaking up opposition play and moving the ball on swiftly.

The 20-year-old defensive midfielder is also two-footed, which allows him to move the ball comfortably.

He can replace either Rice or Soucek in midfield with his skillset. The player may not be worth the €40m gamble the club is taking, but if he fulfils his potential he will be worth it down the line.

Onana will be West Ham’s fifth summer signing. They have signed Downes, Gianluca Scamacca, Nayef Aguerd and Alphonse Areola ahead of the upcoming campaign.

The Hammers are close to sealing a deal for Burnley’s Maxwell Cornet.