Chelsea in talks with Barcelona to sign Frenkie de Jong 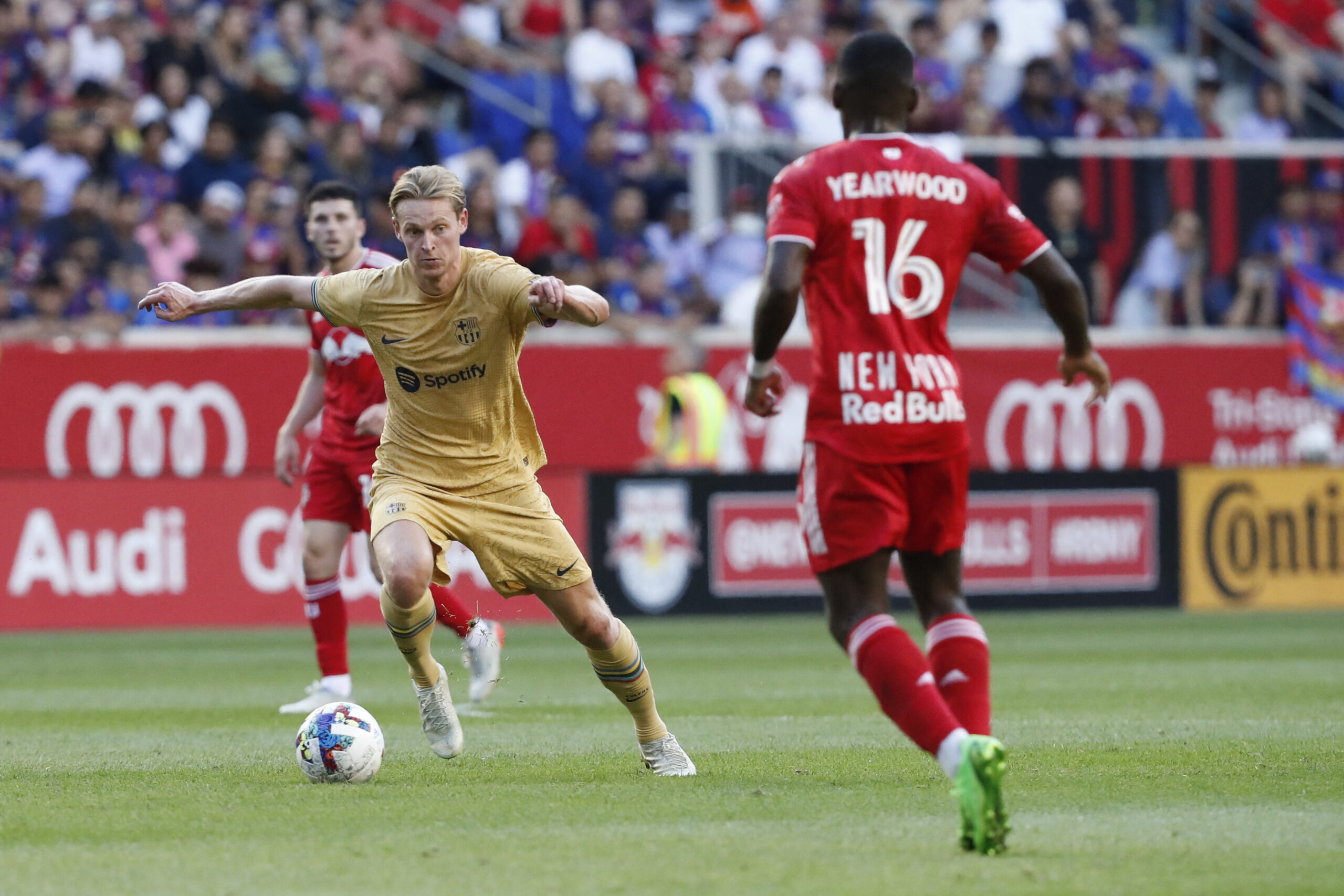 Chelsea are negotiating with Barcelona to sign Frenkie de Jong, according to The Athletic’s David Ornstein.

Chelsea indicated an interest in signing de Jong after owner Todd Boehly met with Barcelona’s executives in Spain earlier this summer, but they did not pursue that interest.

Manchester United have subsequently come closest to signing de Jong after agreeing a deal to sign the 25-year-old. However, the player has never been keen on leaving the Catalan club.

United have kept their offer on the table, hoping that de Jong’s previous relationship with Erik ten Hag would sway him towards Old Trafford.

If Chelsea strike a deal for Barcelona, it will be for around the €85 million mark that United agreed with Barca.

De Jong’s situation is complicated. He is Barcelona’s highest earner and they would like him to accept a pay cut or leave. Barcelona owe him around £17m in deferred wages.

Club president Joan Laporta previously stated the club would like to keep de Jong, but later sanctioned a deal to sell him.

Laporta alluded that the club’s financial situation is why de Jong has to take a pay cut or leave, but the club’s interest in signing Manchester City’s Bernardo Silva, who will cost around €80m, says otherwise.

With Mateo Kovacic and N’Golo Kante battling injuries last season, it is unsurprising that Thomas Tuchel wants to sign another midfielder.

De Jong played in a double pivot similar to Tuchel’s at Ajax. He excelled at connecting the ball from defence to attack via his progressive passing and ball-carrying.

If Chelsea and Barcelona agree a fee, it is unclear if the player will accept the move. There is also the issue of his deferred wages to resolve.