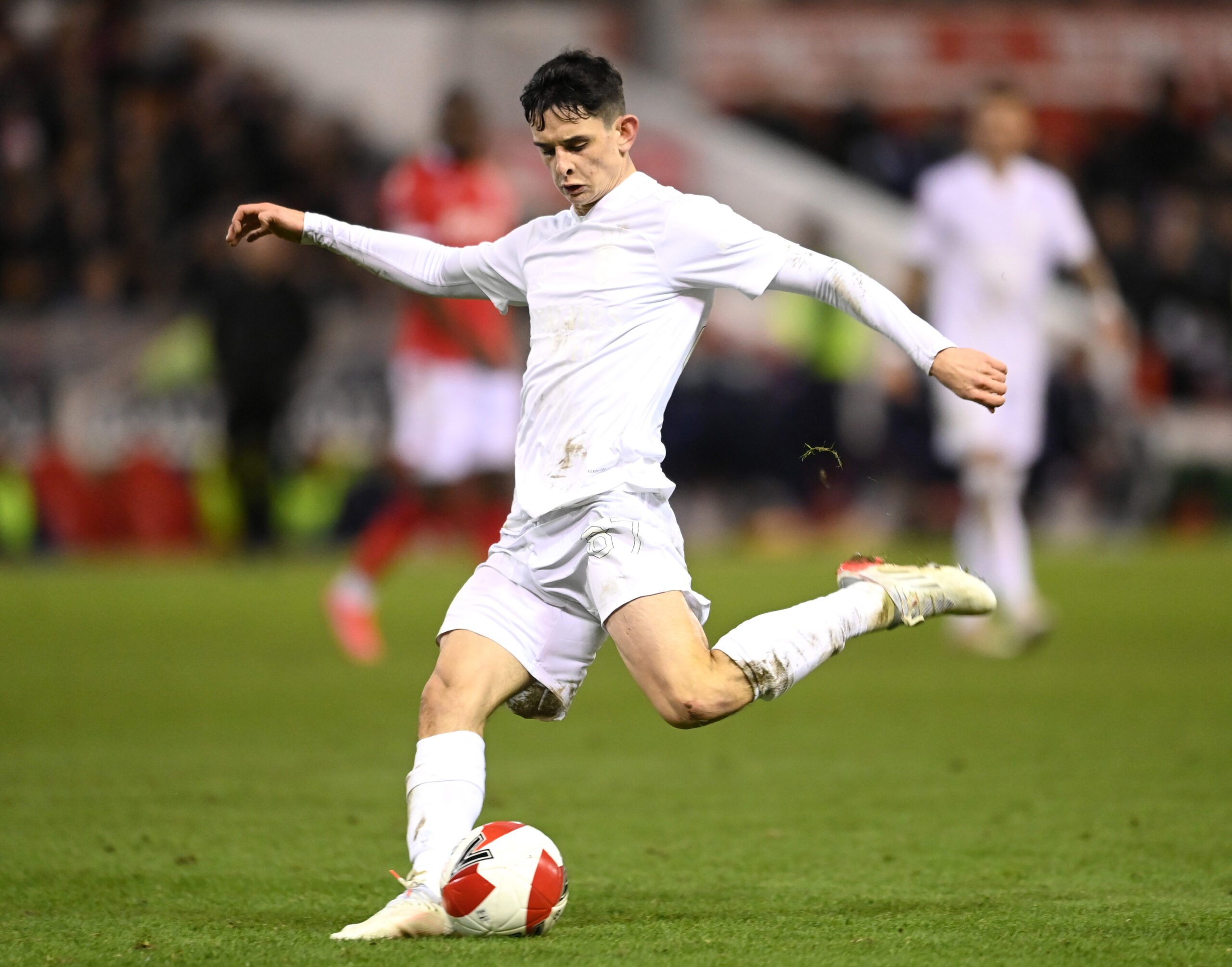 Arsenal youngster Charlie Patino is set to join Blackpool on a loan move, according to reports.

The 18-year-old is one of the most promising youngsters to come out of the Gunners’ academy.

The English youngster quickly progressed through the youth ranks to land his first professional contract in October 2020.

Patino was impressive on his senior debut when he struck a goal in the Carabao Cup match against Sunderland in December last year.

He also started the Gunners’ 1-0 FA Cup defeat to Nottingham Forest in January.

However, Arsenal are now ready to loan him out to Blackpool for the 2022-23 season, as per Jeorge Bird.

The Seasiders have been desperate to sign a midfielder after Cameron Brannagan turned them down.

They were set to secure the services of the former Liverpool player after triggering a £1.2 million release clause in his contract.

However, Brannagan rejected their offer and instead penned a new deal with Oxford United.

Patino is full of potential and can be a future star at Arsenal. He is a central midfielder by trade and is known for his ball-playing ability.

However, the English footballer is only 18-years-old and it is crucial that he plays first-team football in a competitive league at this stage of his career. A loan move is best for his development.

He will likely not have been given much game time this season if he had stayed at the Emirates Stadium.

Patino has impressed with his performances but if he wants more opportunities with Arsenal, he needs to shine during his loan spell.