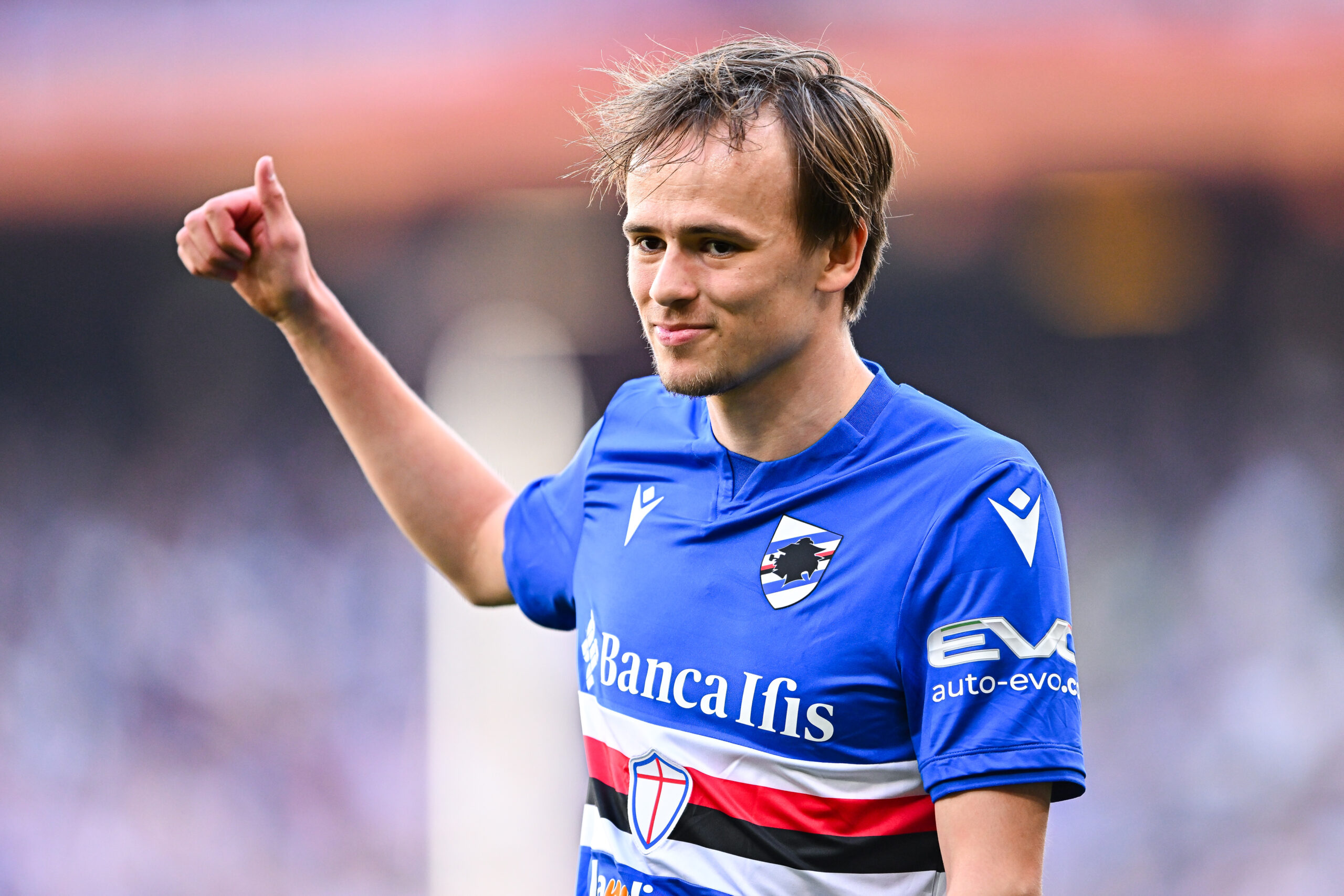 Brentford have reached an agreement with Sampdoria to sign Danish winger Mikkel Damsgaard, according to Gianluca Di Marzio.

The Bees saw their first proposal of €11 million plus a further €7m in bonuses knocked back by the Blucerchiati.

However, the English club have raised their offer to €14m plus a further €6m in add-ons, which was enough for a verbal agreement with the Italian club.

The versatile forward announced himself as one of Europe’s brightest talents during Denmark’s run to the semi-finals of the 2020 European Championships.

He recorded two goals and one assist in five starts for De Rød-Hvide during the Euro campaign, but his belter from a free kick against England at Wembley Stadium propelled his status as a wonderkid.

The Dane drew the attention of several elite clubs and was linked with a move away from Sampdoria, but he chose to remain in Italy for the 2021/22 season.

However, what started as a thigh problem, turned into a knee injury that required surgery, restricting him to just six starts in 11 Serie A appearances without registering a goal contribution.

The Bees are undeterred by his injury problems and look to have won the race for his signature.

Christian Eriksen’s departure left a creative hole in Brentford’s attack, and Frank will hopp Damsgaard can shake off his poor form from last season and perform.

The 22-year-old came through the youth system of Nordsjælland in Denmark, where he played under former Brentford B coach Flemming Pedersen, who has a strong relationship with the Brentford boss.

He signed a four-year deal when he joined Sampdoria for €6.75m in 2020. However, barring any late twists, his time at the Luigi Ferraris Stadium has come to an end as the Blucerchiati have resolved to profit off the Scandinavian this summer.

Frank has already welcomed Aaron Hickey, Keane Lewis-Potter, Thomas Strakosha, and Ben Mee to the Gtech Community Stadium this summer and is keen to welcome his countryman next.