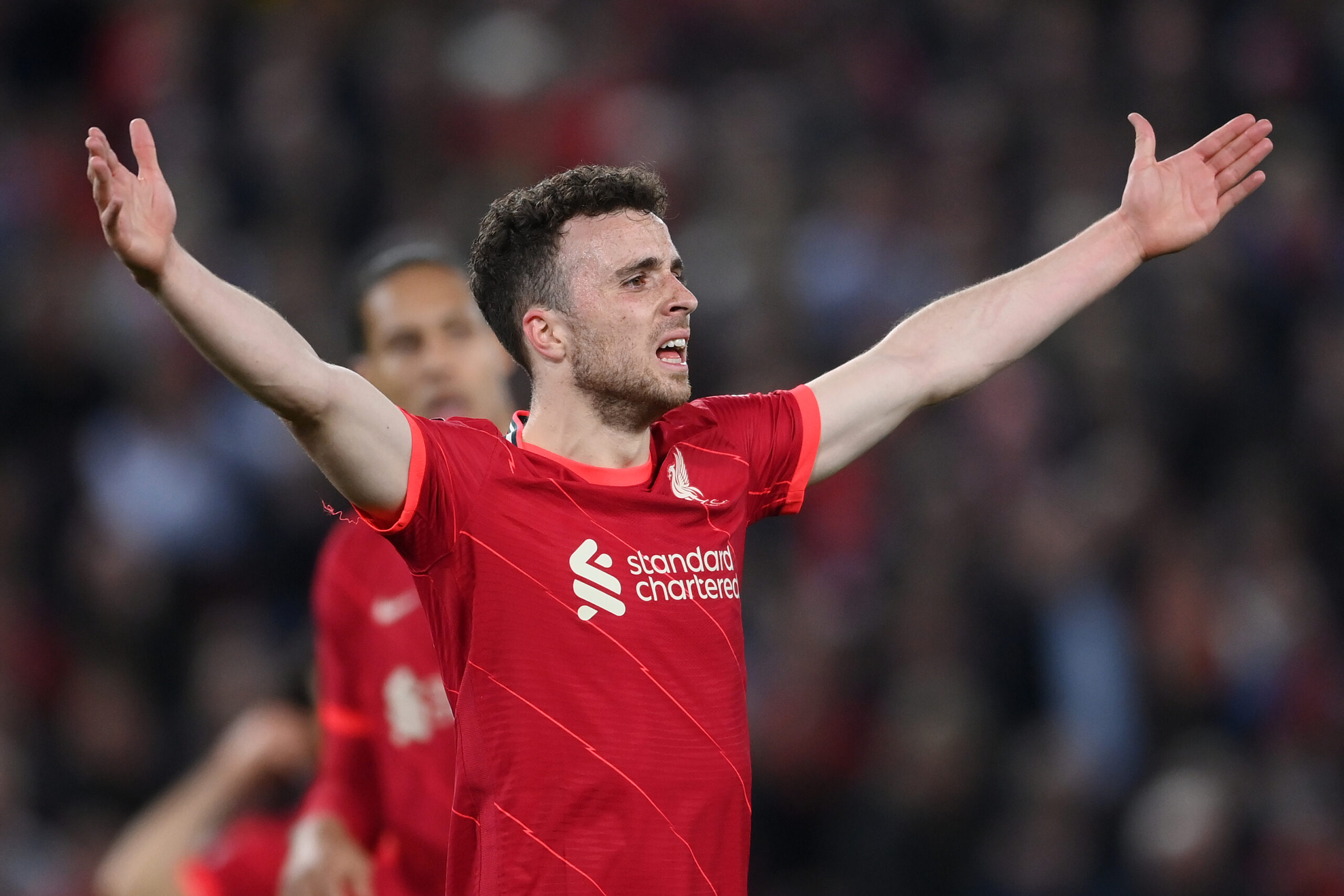 Portuguese forward Diogo Jota has committed his long-term future to Liverpool by extending his contract until 2027.

Signed from Wolverhampton Wanderers in 2020, the 25-year-old fit into the Reds’ attack like a glove as he immediately adapted to life at Anfield.

He netted 13 goals and provided one assist in his debut season at the Merseyside outfit, helping them to a third-placed finish in the Premier League.

Jota maintained his excellent form in the 2021-22 campaign as he scored 21 goals and provided six assists across all competitions as Jurgen Klopp’s men clinched the FA Cup and Carabao Cup titles.

Liverpool have now opted to reward the Portuguese international for his fine displays at the attacking end of the pitch by offering him a lucrative five-year contract extension.

“Well, [I’m] really proud, I have to say,” Jota said, via the Liverpool official website.

“Obviously since I arrived two years ago, I established myself as an important player in this team – that’s what I wanted from the beginning.

“Now, signing a new long-term deal, it’s obviously from the club’s perspective proof of the belief in myself as a player. For me, obviously it’s really good to establish I’ll be here for a while.

Jota has become the latest player to commit their future to the Anfield outfit, joining Mohamed Salah, Jordan Henderson, Trent Alexander-Arnold and Fabinho.

Following the arrival of former Benfica striker Darwin Nunez, Klopp now has a star-studded and potent attacking option to pick from for the foreseeable future.

With Salah nailed in the Liverpool front three, Jota faces stiff competition from Nunez, Luis Diaz and Roberto Firmino for a starting role in the final third.

Jota missed Liverpool’s entire pre-season and the Community Shield victory over Manchester City on Saturday as he continues his spell on the sidelines after sustaining a hamstring injury while on international duty in June.

Liverpool get their 2022-23 Premier League campaign underway on Saturday when they visit the Craven Cottage to lock horns with newly-promoted Fulham.