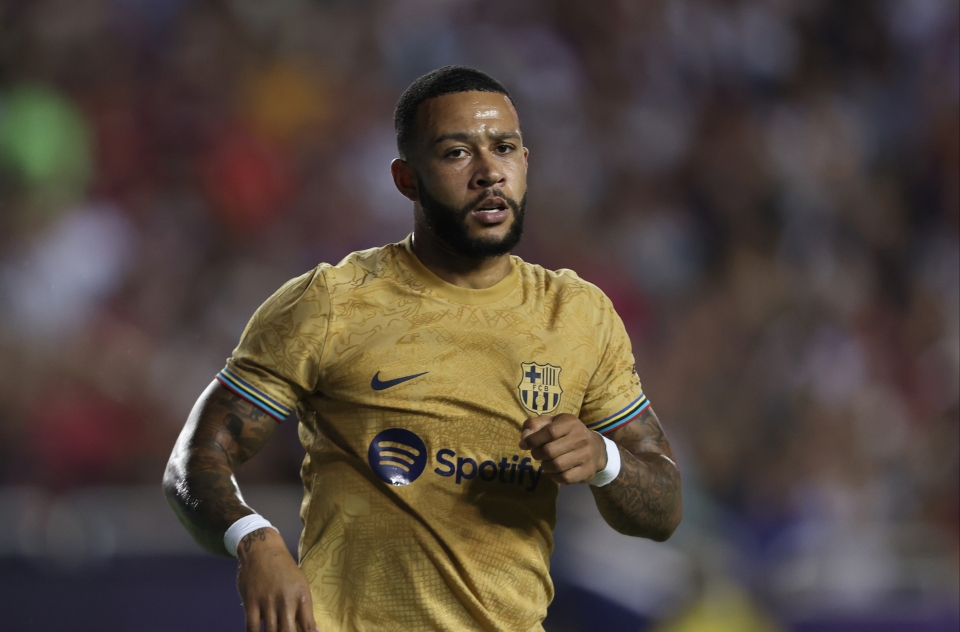 Barcelona deem the former Manchester United and Lyon player surplus to requirements and have communicated through the coach that a summer exit is better for all parties.

The Catalan club has decided to let go of Depay, who they signed on a free transfer after he left Lyon. The club has Ferran Torres, Ansu Fati, Lewandowski, Raphinha, Dembele and Pierre-Emerick Aubameyang competing for a space in the forward line.

With those numbers in attack, they want to sell the 28-year-old who finished as Barca’s top scorer last season.

Depay bagged 13 goals and two assists for Barcelona even despite a lengthy injury in the middle of the season. The player has been linked with a move to Juventus.

Barcelona want to make some money from the player, but Depay is demanding that if he is to leave, one year after signing a two-year contract with the club, he should be allowed to go for free.

No price has been stated for the player, but he has only one year left on his deal. Any transfer fee will be relatively low.

Joan Laporta has splurged heavily this summer to restore the club to its former status even with financial limitations.

The consequences are that they will have to sell fringe players such as Depay, Riqui Puig, Martin Braithwaite, Samuel Umtiti and Miralem Pjanic.

Another rumoured departure is Depay’s international teammate Frenkie De Jong. The midfielder is on the list of players to be sold, but his situation is complicated.

Barcelona owe the player £17 million in deferred wages and he does not want to miss out on his money.

The club are desperately trying to sell the player to Manchester United, but even after both parties agreed on a deal, de Jong refused to move.