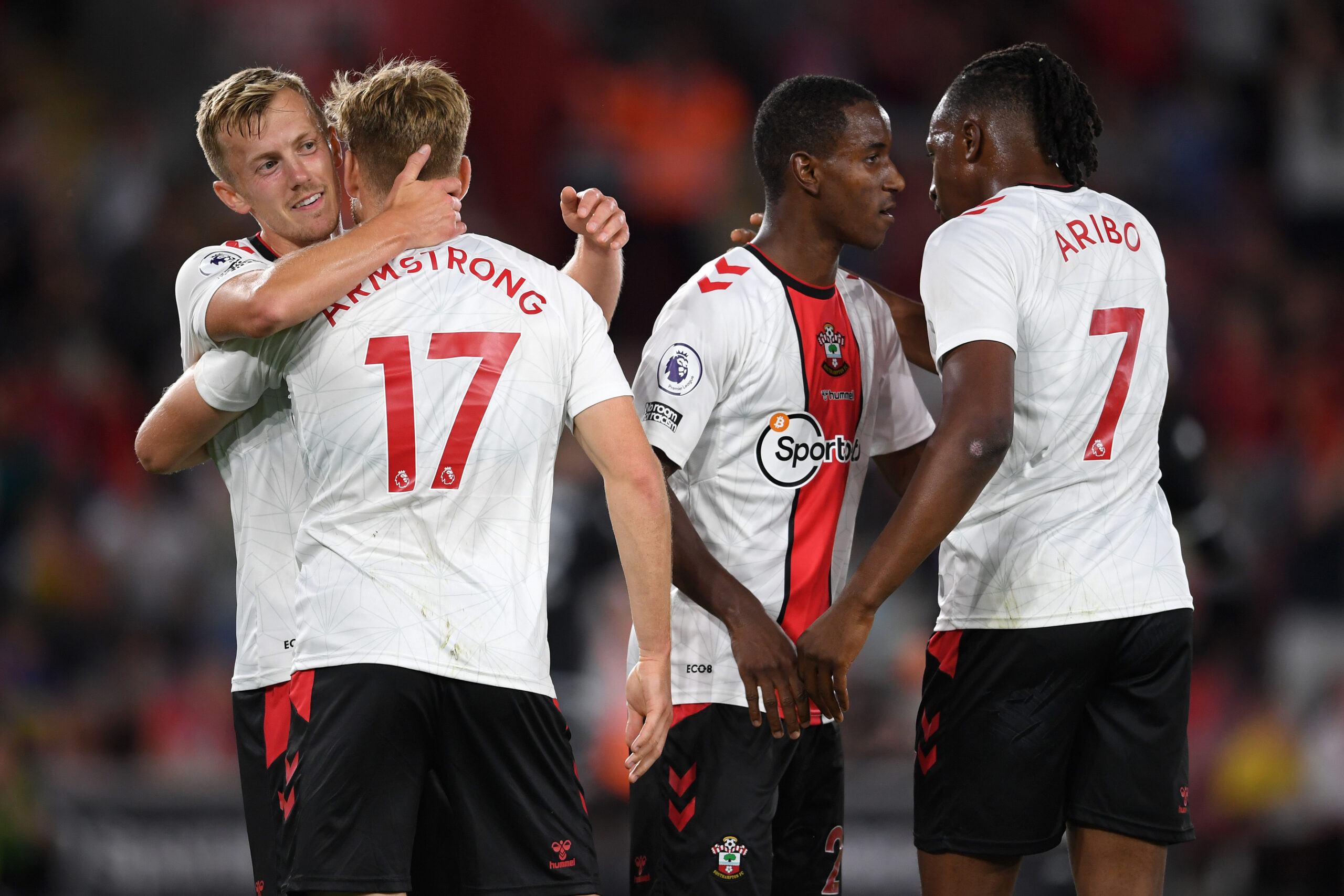 It’s been a while since we saw any form of progress from Southampton. Back in 2017, they achieved their fourth consecutive top-eight finish, but haven’t been higher than 11th in the five seasons since.

This year, they will be hoping to finally break back into the top half. The Saints will be encouraged by the takeover from investment company Sport Republic, who bought an 80% stake off unpopular previous owner Gao Jisheng in January.

Here is our preview for Southampton ahead of the 2022/23 season. You can also check out our detailed Premier League season previews for all 20 teams.

It’s a tough start for Southampton, as they begin with an away fixture against Tottenham Hotspur. However, this was a fixture that the Saints managed to claim three points from last season. Matches against Leeds United (H), Leicester City (A), Manchester United (H), and Chelsea (H) complete August.

The first south coast derby of the season comes at the Vitality Stadium, as Bournemouth host Ralph Hasenhuttl’s men on October 18. The reverse fixture is planned for April 26.

A lot of faith has been put into Hasenhuttl at Southampton. There have been times he’s had them in potential relegation danger, but the men in charge have trusted him to turn things around. And, so far, he’s delivered every time.

Throughout his time in England, the Austrian has had fairly limited resources to work with. With new owners coming in, he has been given a bit more to spend.

Hasenhuttl has been sporadically linked to bigger jobs in the past, with the likes of Manchester United and Tottenham Hotspur occasionally named as potential suitors.

It’s been an interesting transfer window for the south coast club. They have spent a fair bit and brought in quite a few players, but it is unclear how much of an impact these players will have next year.

Southampton have spent just short of £50 million this summer, with their most expensive arrivals being Gavin Bazunu, Sekou Mara, Romeo Lavia, and Armel Bella-Kotchap. All of these players are 20 and under. Rangers midfielder Joe Aribo has also come in, along with Polish goalkeeper Mateusz Lis.

They’ve taken a risky approach to the market. It’s good to bring youth into your ranks, but none of these players are proven in the Premier League. It could potentially go badly wrong.

The biggest departure has been Armando Broja, whose loan deal from Chelsea expired. He was the club’s second-top scorer last campaign, netting six. It is hoped that Mara can be his replacement. Goalkeeper Fraser Forster has also left, joining Tottenham Hotspur on a free transfer.

Southampton will be happy that they have managed to keep hold of James Ward-Prowse for now. The England international – who has spent his entire career at the Saints – has been a standout for the club for a few seasons now.

His most obvious strength is his set pieces. The midfielder is known as one of the planet’s very best from a dead ball, netting four direct free-kicks last season. He is currently second in the Premier League’s charts for all-time free-kick goals, sitting four behind Manchester United legend David Beckham.

But he’s far more than just set pieces. He’s energetic, hard-working, and can pick a pass very well. If he makes a strong start to the season, he could be in Gareth Southgate’s England squad for the World Cup in November.

Southampton suffered a nightmare ending to last season, picking up just five points from their last 12 outings while conceding 30 goals. This left them in 15th place. If they carry this form into the new campaign, they will be in for a struggle.

Their transfer business makes them a bit of an unknown quantity. With a number of relatively unfamiliar faces, these new signings could go either way. They may struggle to adapt, or they may turn out to be unearthed gems.

Despite all of this, the Saints have kept the bulk of their squad from last year, while Hasenhuttl has proven himself to be capable of keeping them afloat. We don’t expect them to break back into the top half, but Southampton ought to stay up fairly comfortably.