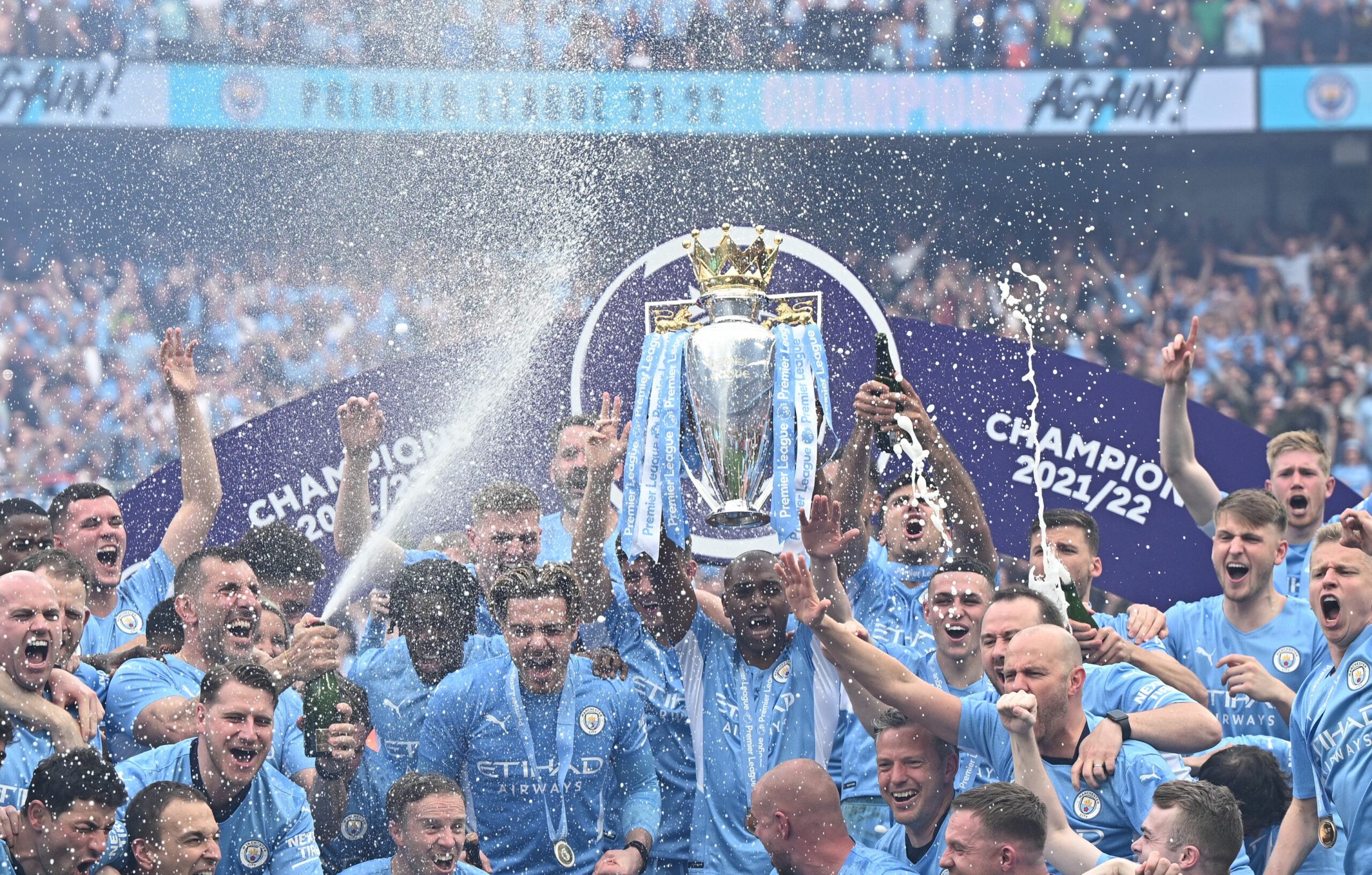 Ten weeks on from a dramatic final day, the Premier League is set to return to our screens.

Last season was a thrilling one, with the title race, top four, Europa League places, and relegation spots all going right down to the wire. If this year is half as entertaining, we’re in for a treat.

Here is our preview for the 2022/23 Premier League season.

It’s no surprise to see who the favourites for the title are. Manchester City have lifted the trophy four times in the last five years, and have since added Erling Braut Haaland, Julian Alvarez, and Kalvin Phillips to their ranks.

The departures of Raheem Sterling, Gabriel Jesus, Fernandinho, and Oleksandr Zinchenko are sure to have an impact. However, we expect the Cityzens to once again claim the throne.

But that’s not to say it will be easy. Last season, Liverpool pushed them all the way to the end. Sadio Mane may have left, which will be a bitter blow to Jurgen Klopp’s men, but they will hope that Darwin Nunez can fill the void.

Some have touted Tottenham Hotspur as outsiders for a title charge. Manager Antonio Conte has won six league titles in his career, and has been well backed in the transfer window. It’s not impossible, but the chances of the Lilywhites posing a major threat to Man City and Liverpool are looking slim.

While a push for first place is a huge ask, a top four finish for Spurs seems very achievable. Since Conte’s appointment in November, only Man City and Liverpool have accumulated more points.

The new arrivals in north London are expected to make a huge difference. Richarlison provides the adequate back-up for Harry Kane that they have desperately needed for years, Djed Spence and Ivan Perisic are clear upgrades on their existing wing-backs, while Clement Lenglet and Yves Bissouma also add depth in key areas.

Chelsea finished in third place last term, but have endured a turbulent summer. Antonio Rudiger and Andreas Christensen left on free transfers, and record signing Romelu Lukaku was loaned back to Inter Milan after a disappointing campaign.

The Blues have missed out on a number of transfer targets. Nonetheless, they have added Raheem Sterling and Kalidou Koulibaly to their side, which should be enough to maintain their position inside the Champions League spots.

Looking to make their return to Europe’s biggest club competition are Arsenal. They came close last season, but missed out on the final day after damaging back-to-back defeats against Tottenham and Newcastle United.

Mikel Arteta has been backed again, and the Gunners are currently the league’s highest spenders of the window. Meanwhile, the only notable departure has been Alexandre Lacazette. New signings Gabriel Jesus, Fabio Vieira, and Oleksandr Zinchenko ought to do well, but whether this will be enough to climb into the top four remains to be seen.

After one of their worst campaigns in recent memory, Manchester United begin a new era under Erik ten Hag. The Dutchman has had them playing some good stuff in pre-season, but league football is a completely different animal.

The Red Devils have brought in Lisandro Martinez, Tyrell Malacia, and Christian Eriksen in the transfer window. This is a good start, but there are plenty more gaps left to be filled. For example, they can’t expect to finish inside the top four with Scott McTominay and Fred as their only senior central midfielders.

A deal for Frenkie de Jong is still being worked on, but he’s seemingly intent on staying at Barcelona. Meanwhile, the likes of Paul Pogba, Edinson Cavani, Nemanja Matic, Jesse Lingard, and Juan Mata have all departed, and Cristiano Ronaldo’s future is uncertain.

A seventh-placed finish can qualify a team for the Europa Conference League, depending on who wins the domestic cups. Last season, West Ham United finished in this position. Having managed to hold onto Declan Rice and bring in some highly-rated players, the Hammers will fancy themselves to keep their place.

But one or two other teams are expected to make a push for the European places. Aston Villa have opened their wallets, and Newcastle United have also been tipped to challenge. They could be ones to watch.

The three newly-promoted sides are always expected to struggle. Last season, Brentford were the only newcomers to avoid the drop.

In theory, Championship title-winners Fulham should be the best equipped of the three for survival. They’ve been relegated twice in their last two Premier League campaigns, and will be desperate to avoid a third.

The Whites have added Joao Palhinha, Kevin Mbabu, Andreas Pereira, and Manor Solomon to their roster, which is encouraging. However, manager Marco Silva hasn’t got the best record in the top-flight, while talisman Aleksandar Mitrovic has also struggled to replicate his Championship form at a higher level.

Finishing as runners-up were Bournemouth. At this moment in time, the Cherries are the favourites for relegation.

And it’s not very difficult to see why. They’ve been limited to free transfers in the market, have an unproven squad, and a manager who has a terrible record at this level. Marcus Tavernier might be about to come through the door from Middlesbrough, but they will probably need more if they wish to avoid the drop.

The third and final newly-promoted side are Nottingham Forest. Of the three, they have been the most active in the transfer window, spending over £70 million on ten senior players.

This approach can be risky – it’s often best not to make too many changes to the team that took you up in the first place. Nonetheless, with Steve Cooper in charge, we fancy the Midlands club to survive.

Off the back of avoiding relegation on the final day of last term, Leeds United will enter the new season hoping for improvement. It’s been a very busy summer at Elland Road so far, spending around £100m but losing arguably their two best players.

Depending on the success of their new signings, Leeds could go either way. Should the new boys hit the ground running, the absences of Kalvin Phillips and Raphinha may not even be noticed. But if they fail to adapt, they could find themselves in some trouble.

You’d think that the Toffees would be active in the transfer window in order to avoid falling into the same situation, but this hasn’t been the case so far. Star man Richarlison was sold to Tottenham, while the only new recruits have been Dwight McNeil, James Tarkowski, and Ruben Vinagre. This leaves them at risk of another disappointing season.

A potential outside shout for the relegation battle is Brighton and Hove Albion. It may seem like a bizarre suggestion, considering that the Seagulls finished ninth last year.

However, their summer business has not inspired much confidence. Their only signings are youngsters who are new to the league, while key midfielder Yves Bissouma has left. Should Marc Cucurella also depart, they may fall down the table. Despite this, they should still have enough to survive.

See our predicted Premier League table below, and you can also read each team’s detailed preview for the upcoming season.