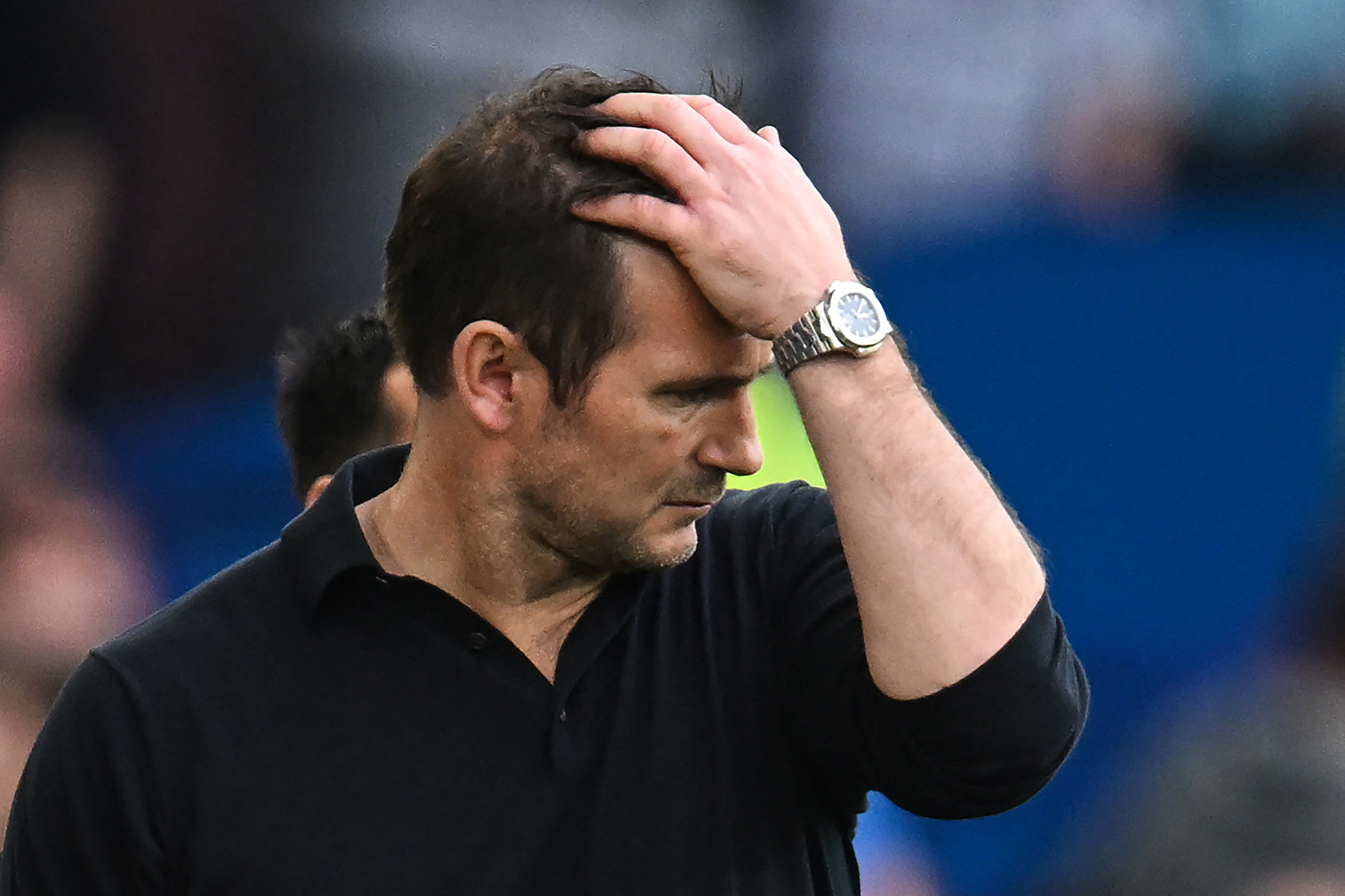 Everton fans had little to cheer about last season, and it could be a similar story during the upcoming Premier League campaign.

The Toffees won just 11 matches as they narrowly avoided relegation, and but for a late-season rally they would probably have dropped into the Championship.

Everton kick off their Premier League fixtures at home to Chelsea before hitting the road in three of their next four matches.

Things don’t get any easier after that, with Liverpool (H), Arsenal (A) and West Ham United (H) all on the agenda during September.

With games against Southampton (A), Manchester United (H), Tottenham Hotspur (A) and Newcastle United (A) to follow, Everton could be in big trouble by the end of October.

Everton visit Manchester City on December 31, while the second Merseyside derby is scheduled to take place in February.

The Toffees round off their fixtures in May with games against Brighton & Hove Albion (A), Man City (H), Wolverhampton Wanderers (A) and Bournemouth (H).

A few eyebrows were raised when Frank Lampard was appointed as Everton manager and he is yet to convince that he is the right man for the job.

Lampard’s managerial CV features a failed promotion bid with Derby County and being sacked by Chelsea after 18 months in charge.

A 4-0 defeat against Minnesota United on their pre-season tour in the United States highlighted the size of the task Lampard faces with Everton.

Given the gaping holes in Everton’s squad, the improvements Lampard wants will need to be dramatic if the club are to avoid another relegation battle.

Any Everton fans hoping for a big influx of quality players after selling Richarlison to Tottenham Hotspur will be underwhelmed by the club’s signings to date.

Lampard has been at pains to share how delighted he is to secure James Tarkowski’s services, but this only highlights how far Everton have fallen.

While the former Burnley defender has plenty of Premier League experience, handing a four-year contract to a 29-year-old who was relegated last season makes no sense.

Lampard has also snapped up Dwight McNeil from the Clarets, while Ruben Vinagre has arrived on loan from Sporting Lisbon.

Everton’s squad remains devoid of quality and they desperately need to pull some rabbits out of the hat before the transfer window closes.

With Richarlison out of the equation, there will be even more pressure placed on Dominic Calvert-Lewin to carry the goalscoring burden next season.

Calvert-Lewin will be desperate to get himself back amongst the goals after spending most of last season on the sidelines through injury.

However, he missed the pre-season match at Blackpool with a minor issue, casting further doubt on his ability to withstand the rigours of the Premier League.

The 25-year-old has a big reputation but is yet to prove he can be the consistent goalscorer that Everton desperately need.

A return of 58 goals in 190 appearances for Everton highlights that Calvert-Lewin has plenty of work to do to live up to his star billing.

The three newly-promoted teams are the favourites to be related this season, but things may not be that straightforward.

While Bournemouth look a good bet to make an immediate return to the Championship, Fulham and Nottingham Forest have both recruited well this summer.

This opens up the prospect that some established Premier League clubs could be in danger, and Everton undoubtedly fall into this category.

Lampard still has plenty to prove as a manager, while the club’s squad looks extremely thin on the ground given the challenges ahead.

Unless Everton can make some significant moves during the rest of the transfer window, they look likely relegation candidates this season.