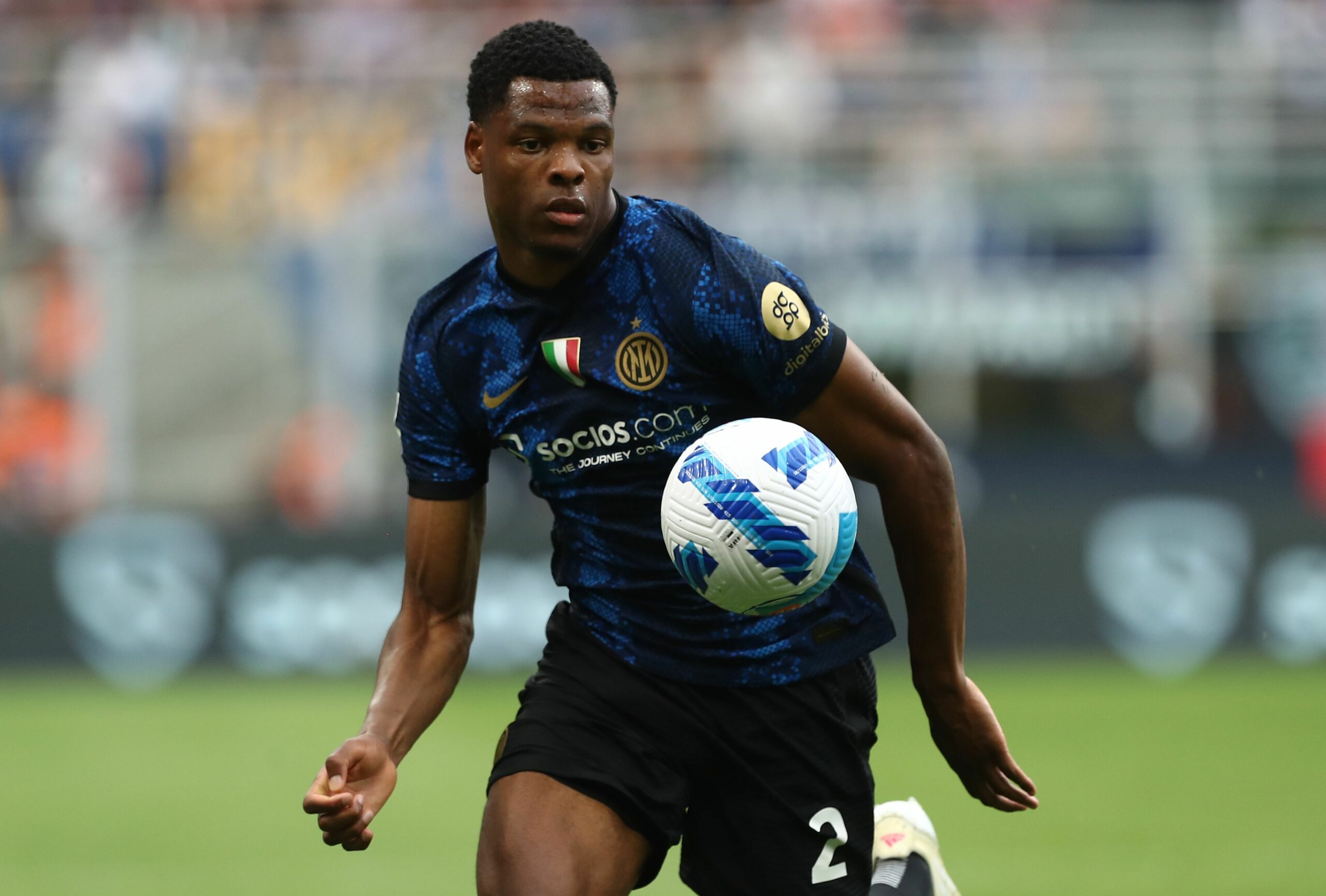 Chelsea have registered a strong interest in Netherlands international Denzel Dumfries, according to The Athletic’s David Ornstein.

Thomas Tuchel continues to revamp his squad ahead of the 2022-23 campaign and is particularly keen to add more depth at the defensive end of the pitch.

The departures of Antonio Rudiger and Andreas Christensen has left the Blues short-handed at the back, despite the arrival of Napoli and Senegalese superstar Kalidou Koulibaly.

While the Foxes have iterated that Fofana is not for sale, the Dutchman is a highly viable target for the Stamford Bridge outfit, who saw Jules Kounde opt for a move to Barcelona.

Dumfries played a key role for Inter in Serie A last season, scoring five goals and setting up a further four as the Nerazzurri finished just two points off league winners AC Milan.

The former PSV Eindhoven man has also been a mainstay for the Netherlands national team, registering 10 goal involvements in 37 appearances since his debut in October 2018.

Chelsea are now stepping up their interest in Dumfries, who plays in the same position as England international Reece James and has been linked with a move to Manchester United.

However, with Cesar Azpilicueta highly linked with a move to Barcelona, James could be moved into the right centre-back role, allowing Dumfries to maraud freely in his preferred position.

Inter could be tempted to sell the 26-year-old as they reportedly need to raise funds this season, especially after Milan Skriniar’s failed move to Ligue 1 champions Paris Saint-Germain.

Dumfries, who has three years left on his current deal, was signed to replace Achraf Hakimi at the San Siro Stadium last summer and has made 45 appearances across all competitions for Simone Inzaghi’s men.