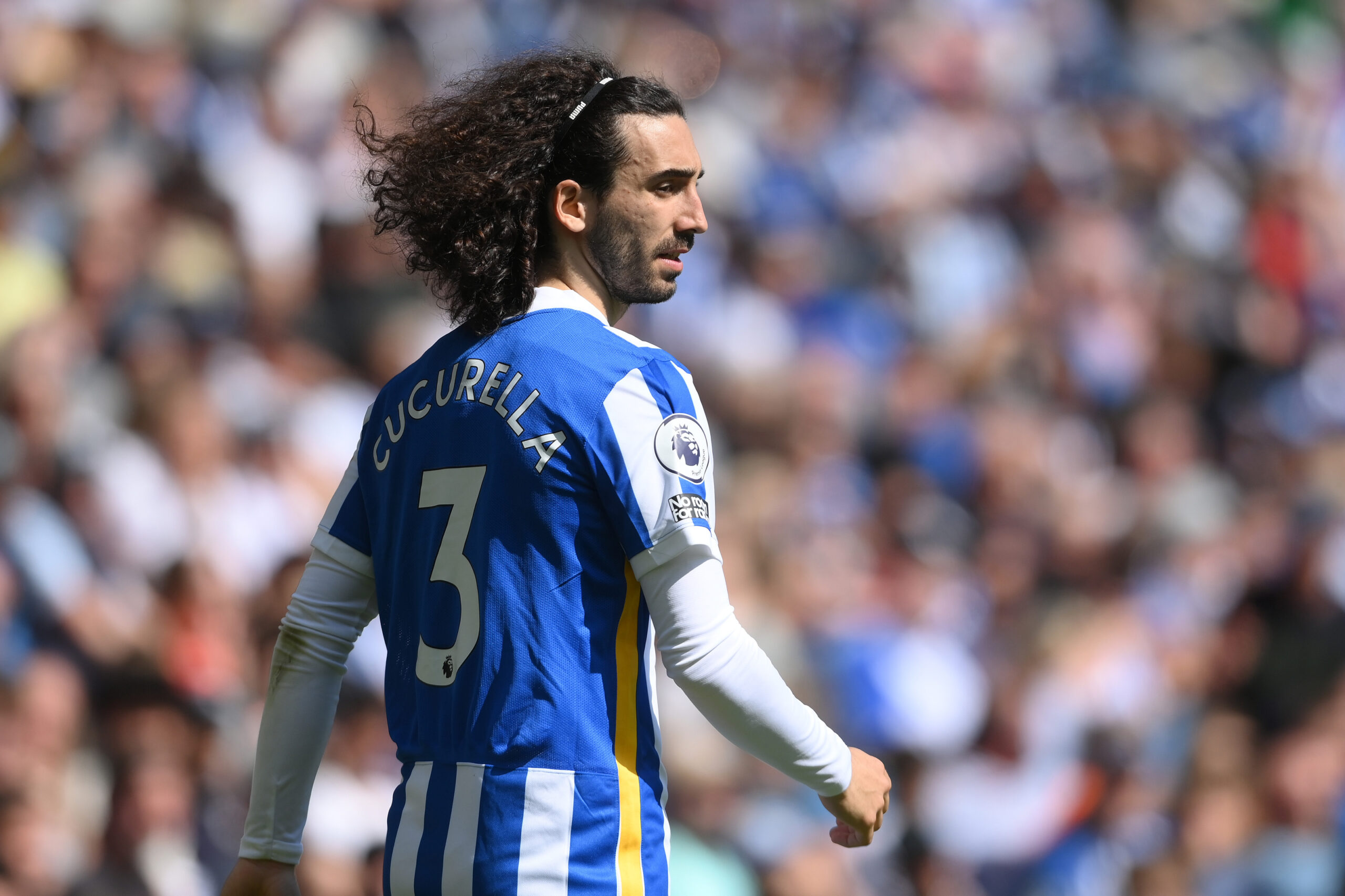 Chelsea are exploring a move to sign Manchester City target Marc Cucurella, according to the Daily Mail.

The Blues have enquired about the £50 million rated defender, whose proposed transfer to the Premier League champions has stalled over the asking price.

City made the Spaniard a priority target after sanctioning the sale of Oleksandr Zinchenko to Arsenal, but talks with Brighton & Hove Albion have not yielded positive results.

The Citizens saw a £30m bid rejected by Brighton, who have refused to budge on the fee, leaving the door open for Chelsea.

The Blues are preparing for the departure of Marcos Alonso, who is in line for a move to Barcelona.

Despite having Kenedy and Emerson, who are capable of deputising for Ben Chilwell, Chelsea want to bolster their options on the left side and are weighing up an offer for Cucurella.

The 24-year-old has his head turned by interest from Pep Guardiola’s side and has handed in a transfer request to force a move away. He missed Brighton’s pre-season friendly with Espanyol.

It is understood that the former Barcelona player is extremely keen to play under Guardiola at City, who will have to return with an improved offer if a deal is to be agreed.

He has struggled to finalise moves for key targets this summer, with Jules Kounde and Raphinha favouring a move to Barcelona over west London.

It now seems the American is keen to learn from his experience by taking a page out of Barcelona’s playbook as he plots to snatch the primary target of the Premier League champions.

Cucurella caught the eye with his performances last term, making 38 appearances in all competitions. He scored once and assisted twice as Brighton finished ninth in the Premier League table.

His versatility has piqued the interest of Chelsea boss Thomas Tuchel, who favours a three-at-the-back system, with Cucurella able to play left wing-back and left centre-back.