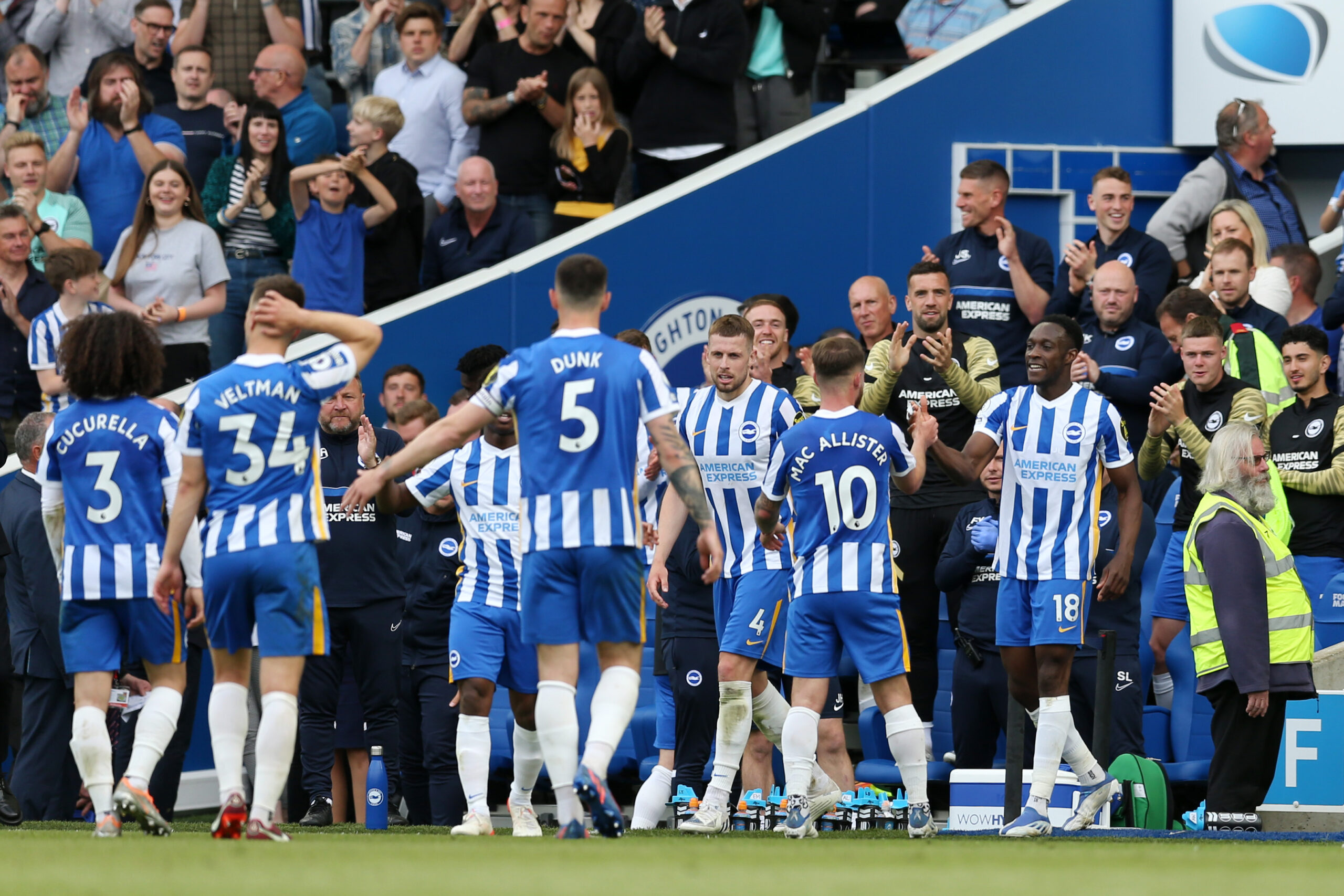 Last season, Brighton and Hove Albion enjoyed their highest ever top-flight finish. After four consecutive years of ending in the bottom six, they managed to climb up to ninth place.

This has given them a solid foundation to build upon. A push for Europe is perhaps a big ask, but another season inside the top half will probably be the target.

Here is our preview for Brighton ahead of the 2022/23 campaign. You can also check out our detailed Premier League season previews for all 20 teams.

The Seagulls will be thrown straight into the spotlight early on, as they begin with a trip to Old Trafford. All eyes will be watching their opponents, so it’s a good opportunity to make a statement. They complete the opening month with matches against Newcastle United (H), West Ham United (A), Leeds United (H), and Fulham (A).

Their first clash with rivals Crystal Palace is scheduled for September 17. The reverse fixture comes approximately five months later, as they travel to Selhurst Park on the weekend of February 11.

Brighton’s final home game of the season comes against Southampton, before finishing the campaign with an away fixture against Aston Villa.

There are few managers more in-demand than Seagulls boss Graham Potter. Since arriving at the AMEX Stadium three seasons ago, the Englishman’s stock has gone through the roof.

Potter instantly attracted plenty of attention for his brand of football. His side play some very entertaining stuff, and have proven to be a threat to any opponent.

Many believe that the 47-year-old could achieve success with a better group of players. He has been touted for bigger jobs, with Tottenham Hotspur and the England national team often mentioned.

If he continues at his current rate, there’s a good chance that this could be Potter’s final season at Brighton.

Brighton have a reputation for being shrewd in the transfer window. However, this summer has been a bit of a concerning one for the south coast side.

So far, their only signings have been youngsters Julio Enciso and Simon Adingra, with the latter set to spend the season out on loan. Meanwhile, the former is just 18 years old, and may not be ready to be a regular starter.

Simultaneously, Yves Bissouma has been sold to Tottenham. The Mali international was one of their most important players, and will need replacing. And they’re at risk of losing another key man in their side, with Manchester City looking to complete a deal for Marc Cucurella.

Perhaps the most positive news of their summer is the return of Deniz Undav from his loan at Union Saint-Gilloise. The German had an excellent goalscoring record in the Belgian league, netting 43 in 63 outings.

This is an area that Potter’s men have struggled in. Last season, only the three relegated sides and Wolverhampton Wanderers scored fewer Premier League goals. A prolific forward will be welcome.

Last season, Cucurella was named as Brighton’s Player of the Season. But, as mentioned above, there is uncertainty over the Spaniard’s future.

The next best choice seems to be Belgian winger Leandro Trossard, who seems likely to stay at this moment in time. The wide man was the club’s joint-top goalscorer with eight, while only Enock Mwepu and Pascal Gross registered more assists. This includes strikes against Liverpool, Arsenal, Tottenham, and Man Utd.

The World Cup is just around the corner, and Trossard is expected to be in Roberto Martinez’s Belgium squad. He will be hoping to make a fast start in order to secure himself minutes in Qatar.

Had they been a bit busier in the market, we may be tipping Brighton for a European push. However, it’s difficult to see them making much progress after such a quiet summer.

With one key man out the door, and another also potentially departing, the Seagulls will need to bring in some more upgrades if they wish to maintain their place in the top half. If they don’t they could easily plummet down the table.

But the main question is how far could they fall? Could they be dragged into a relegation battle? It would be unwise to rule out this possibility – after all, losing two of your best players is bound to have an impact.

Nonetheless, there should be enough quality in this Brighton side to cope for the coming season. And, under a manager like Potter, they ought to be fairly clear of the drop. We expect a lower mid-table finish.