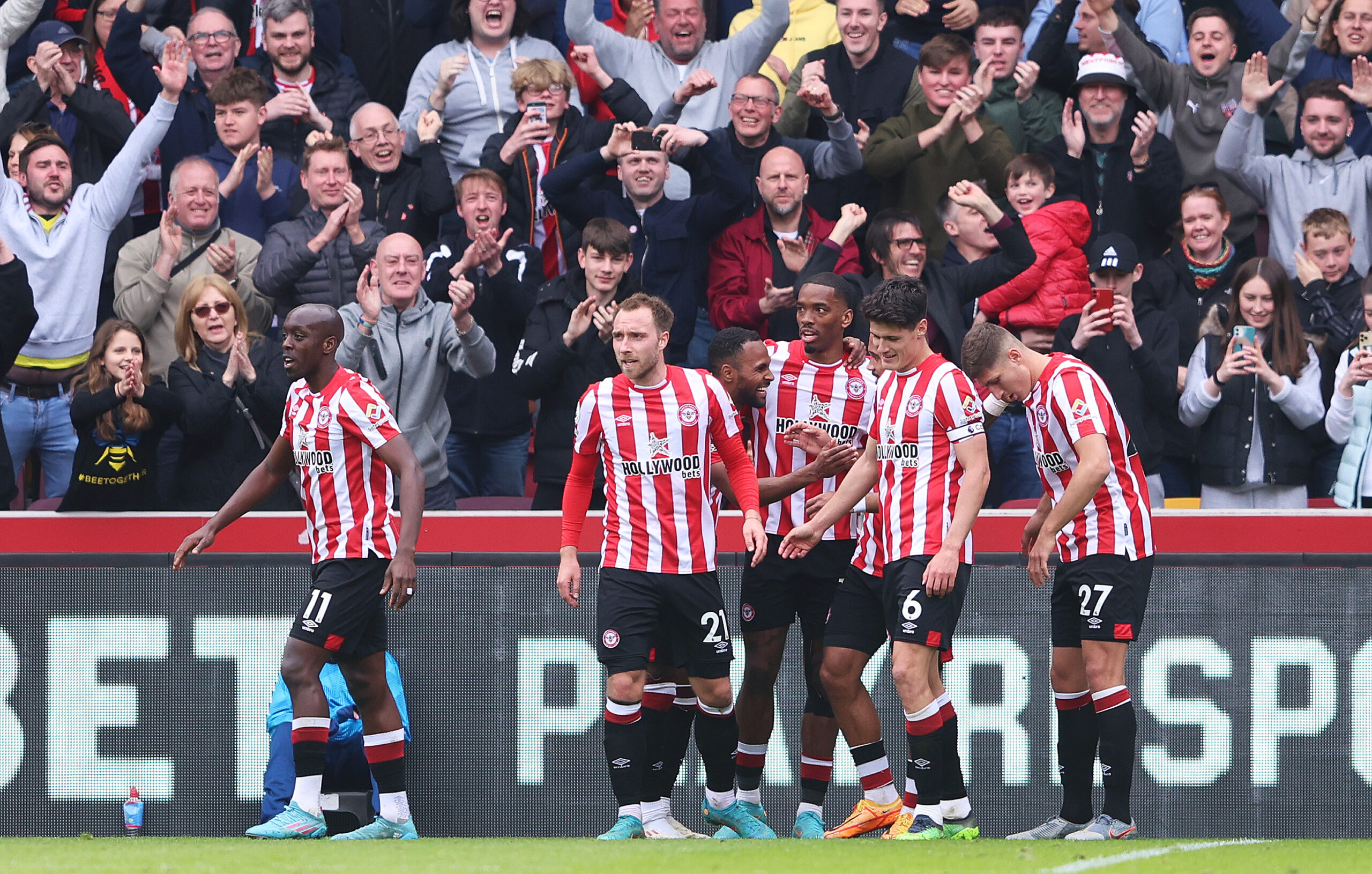 Brentford made their Premier League debuts last season, returning to the top-flight after 74 years in the lower leagues.

And, to the surprise of many, they coped fairly well. Despite having an inexperienced squad, they managed to avoid relegation comfortably, finishing in 13th place.

Will they manage to build on this? Or will it be a case of second season syndrome? Here is our preview for Brentford ahead of the 2022/23 season. You can also check out our detailed Premier League season previews for all 20 teams.

The Bees begin the new season with a tough trip to the King Power Stadium to face Leicester City, before hosting Manchester United for their first home game.

The following weekend gives the supporters one of their most eagerly anticipated matches of the season. They travel to local rivals Fulham, in the first ever top-flight clash between the two sides. They finish off August with games against Everton (H) and Crystal Palace (A).

Brentford’s home game against Fulham comes on the weekend of March 4. They have a tough end to the campaign, facing all of last year’s top four in their final six matches.

Since taking over at the Londoners in 2018, Thomas Frank’s stock has risen tenfold. In his first full season at the club, he took them to the play-off final, and got over that last hurdle a year later.

Some doubted whether he was the right man to lead them into the Premier League, but the Dane has proven himself to be a very capable manager at this level. His side played some impressive football and got plenty of results in the process.

If he continues at this rate, it won’t be long until we see him get touted for one of the bigger jobs.

Brentford rarely spend big in the transfer window, nor do they usually bring in the big names. And yet, their record in the market is almost spotless.

Meanwhile, there are a few who have left the club. The most notable of these is Christian Eriksen, who turned down an extension at the Brentford Community Stadium in favour of a move to Manchester United. This will have come as a bitter blow to Frank’s men, who were desperate to keep the former Inter Milan playmaker around.

Other departures include Spanish goalkeeper Alvaro Fernandez, whose loan expired, and Denmark international Mathias Jorgensen, who was released.

On the whole, Brentford appear to be a stronger group than before. Obviously missing out on Eriksen will have been disappointing, and Lewis-Potter has huge shoes to fill. But he did a fine job last term at Hull, and will be relishing the opportunity to prove himself at a higher level.

Picking a star player for Brentford isn’t easy, as there isn’t really anyone who stands out all that much.

One man who drew plenty of praise last season was striker Ivan Toney. Fresh off the back of a stunning season in the Championship, the 26-year-old adapted well to the Premier League, scoring 12 goals.

But it wasn’t just in front of goal that he impressed. His physicality, aerial ability, and link-up play made him a handful for any defender.

The World Cup may have come a little bit too early for him. However, if he keeps up his performances, Toney could get himself in the frame for an England call up at some point next season.

Brentford enter the new season in high spirits. From their last 11 league matches, they picked up an impressive 22 points.

Another season of consolidation is probably the aim for the new campaign. It’s too early to start realistically thinking about challenging for the European places – a push for the top half is more likely.

Could a relegation battle be on the cards? Potentially. After all, they had their poor runs of form last year.

But they’ve kept most of their squad from the previous campaign, and added some new faces. They’re more experienced and more unified now. Another mid-table finish seems like a safe bet.