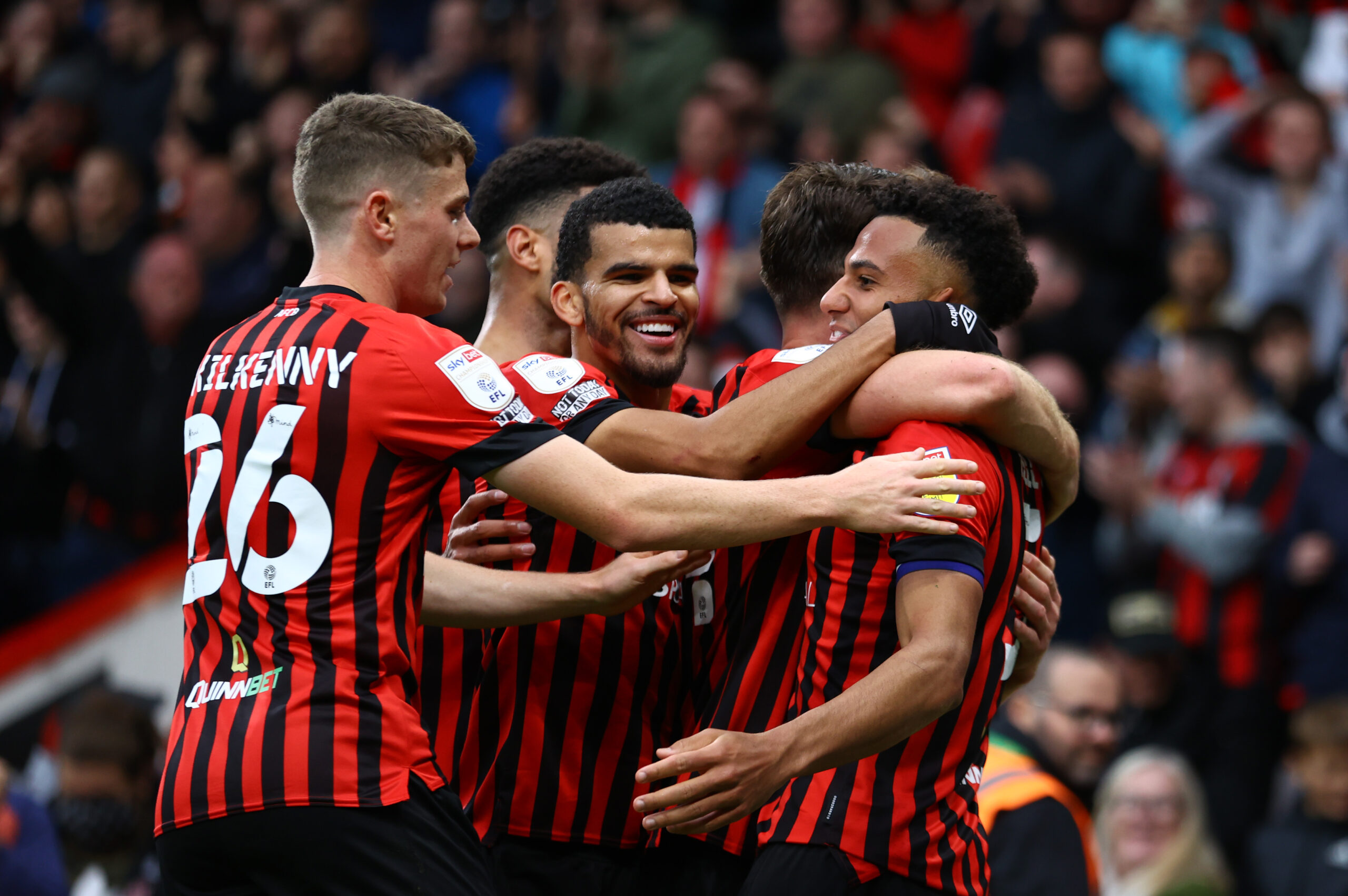 Two years after their relegation, Bournemouth are back in the top-flight.

It was, rather obviously, a positive season for the Cherries. They followed up their play-off disappointment with a fine campaign, finishing in second place on 88 points while boasting the division’s sternest defence.

But will they be able to cope with the step up? Here is our preview for Bournemouth’s 2022/23 season. You can also check out our detailed Premier League season previews for all 20 teams.

Bournemouth kick off the new season with a home game against Aston Villa. There is already a lot of pressure on that game, as the following three couldn’t be much tougher. They complete August with fixtures against Manchester City (A), Arsenal (H), Liverpool (A), and Wolverhampton Wanderers (H).

Their first south coast derby of the season is scheduled for October 18, as they welcome local rivals Southampton to the Vitality Stadium. The reverse fixture is planned for April 26.

On the weekend of February 11, a number of familiar faces will return to the Vitality, as Newcastle United visit. Former Cherries boss Eddie Howe is currently in charge of the Magpies, along with ex-players Callum Wilson, Ryan Fraser, and Matt Ritchie.

Bournemouth’s final Premier League fixture is a repeat of their most recent one, as they face Everton away. This could be a relegation six-pointer.

Two promotions in two attempts is not an achievement to be downplayed. The Championship is a notoriously hard division to get out of. However, in both cases, he had better resources than most.

It’s perhaps harsh put the blame on Parker for his first relegation with Fulham. He was appointed with just ten games remaining – most of the damage had already been done. But he was in charge for the full season the second time around, and they finished 11 points off safety. This isn’t an encouraging record.

Not much to report, really.

So far, the only new faces at the Vitality are Ryan Fredericks, Joe Rothwell, and Marcus Tavernier. The latter arrives for an estimated £12.5 million from Middlesbrough, while the other two have been brought in on free transfers from West Ham United and Blackburn Rovers respectively. Furthermore, the only notable departures are Gary Cahill, who was released, and Nat Phillips, whose loan from Liverpool expired.

In some ways, the lack of action in the market is a good thing. Some newly-promoted clubs make the mistake of buying too many players, subsequently dismantling the squad that took them up in the first place. Making wholesale changes to a unified team can disrupt things in the dressing room.

However, they also risk leaving themselves with a vastly under-prepared group of players. Very few, if any, of their current squad are proven at the top level. It’s an immense gamble to hope that all of them make the step up.

When Dominic Solanke first signed for Bournemouth for an estimated £19 million, several eyebrows were raised. And, after scoring just three goals in the first 18 months at his new club, many wrote him off as a flop.

But he has since managed to bounce back, and was the main man in the Cherries’ triumphant campaign. He finished behind Aleksandar Mitrovic as the runner-up in the Championship’s Golden Boot after hitting 29 league goals. In 25 of the last 30 second-tier seasons, this would have been enough to win the prize for himself.

Naturally, there will be question marks over whether he will be capable of reproducing this at a higher level. He’s two years older and more confident now – he ought to be better equipped for the Premier League this time around.

It’s early days, of course, but it’s difficult to see Bournemouth having a good season.

Unless they get very busy in the final weeks of the transfer window, they are going to leave themselves with a squad that is desperately lacking in top-flight experience. Managing that group of players is a man who has a frankly woeful record in the Premier League. This hardly seems like a recipe for success.

That’s not to say that they’re a certainty for the drop. Last season, Brentford had a squad made up of almost all newcomers to the Premier League, and they survived comfortably.

But replicating the Bees’ success will be difficult. We expect Bournemouth to be in a relegation battle.