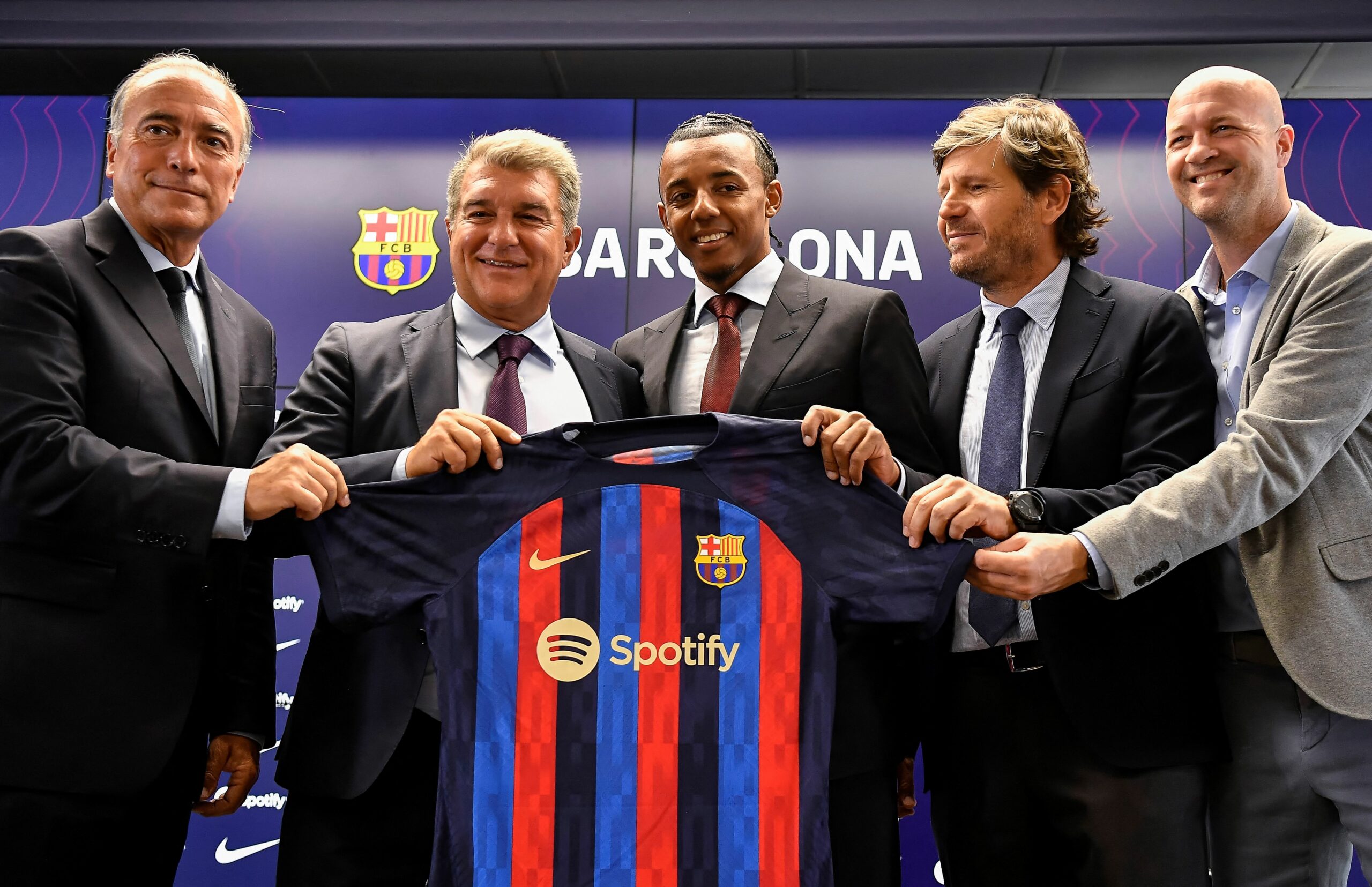 Barcelona president Joan Laporta confirmed on Monday that the Catalans are close to activating their third economic lever, which should allow them to register new players.

Last season’s La Liga runners-up will be selling a percentage of Barca Studios to cryptocurrency platform, Socios.com, as announced by Laporta.

“An agreement has been reached for the sale of 25 percent of Barca Studios for €100 million,” he said, as quoted by The Athletic.

“We have authorisation from the assembly for 49 percent and we have done 25% with Socios.com.

“We understand that we do our homework and therefore we will be able to register the players without problems.”

Earlier in the summer, Barca activated a second economic lever as they sold 25% of future revenues to investment fund Sixth Street over a 25-year period.

Kounde’s presentation as a new Barcelona player upon his mega-money arrival from Sevilla served as an opportunity for Laporta to announce the club’s future endeavours.

While the agreement with Socios.com could soften the club’s short-term financial blow, it could prove harmful in the long run if the Blaugrana fail to live up to expectations on the pitch.

The latest piece of business should pour another €100m into Barca’s coffers and strengthen their financial muscle down the final stretch of the summer transfer window.

Despite adding a few high-profile names to Xavi Hernandez’s squad, the Catalans are not yet done overhauling their roster following a rare trophyless season in 2021/22.

As per several reports, they are now targeting Athletic Bilbao centre-back Inigo Martinez, who could command a transfer fee in the region of €50m.