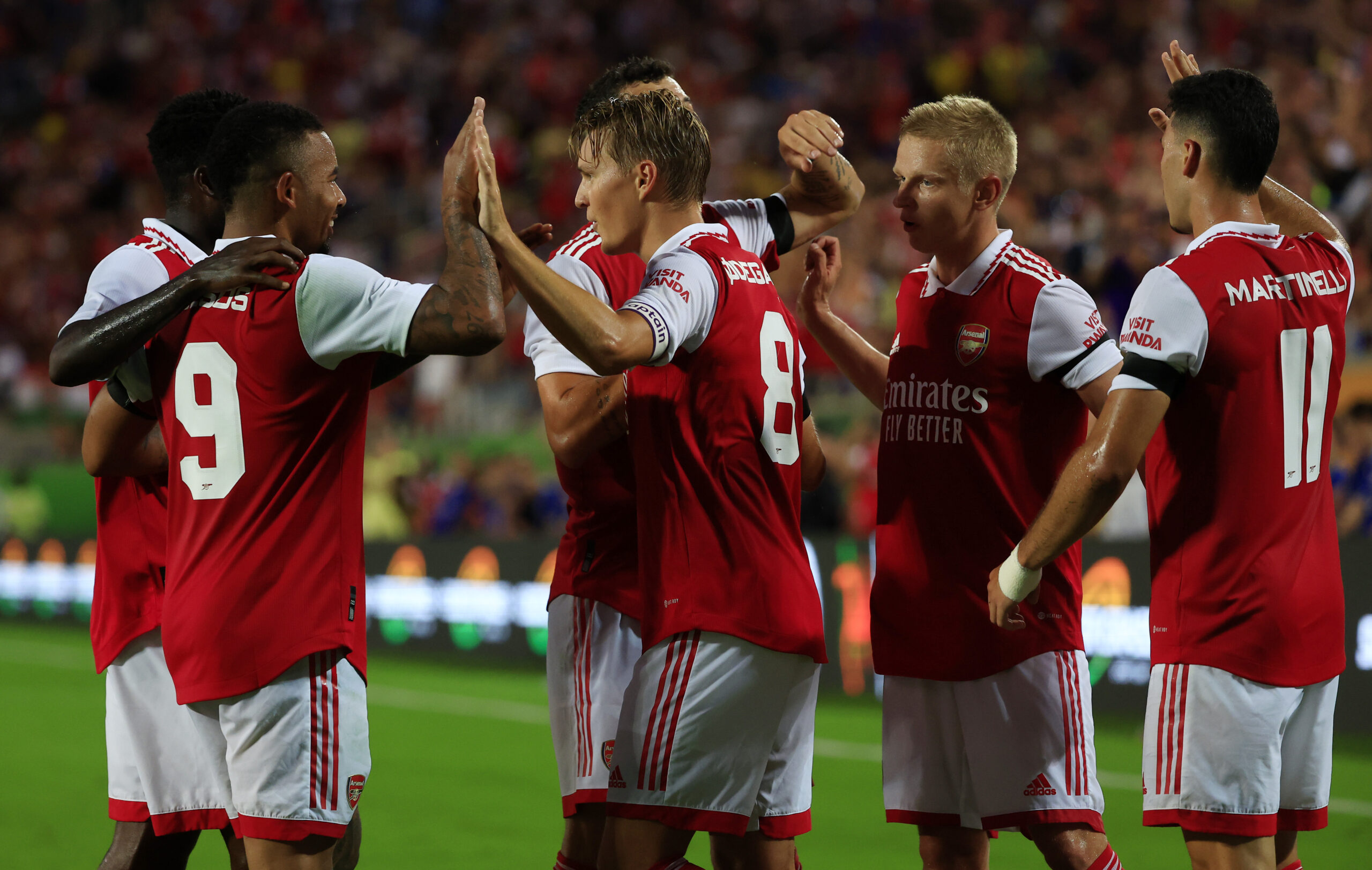 Last season was a mixed one for Arsenal, full of ups and downs.

After a nightmare opening three games, they managed to hit form and got themselves in contention for a Champions League spot. And, towards the end of the season, they looked on course to secure top four for themselves.

However, a disappointing end allowed bitter rivals Tottenham Hotspur to overtake them in the closing weeks. Nonetheless, fifth place was a better finish than many expected.

This year, the Gunners will be hoping to get over that final hurdle and seal their return to Europe’s biggest club competition. Here is our season preview for Arsenal in 2022/23. You can also check out our detailed Premier League season previews for all 20 teams.

For the third year in a row, Arsenal will feature in the Premier League’s opening game. And, once again, it’s an away game against a fellow London club, travelling to Selhurst Park to face Crystal Palace. They round off August with games against Leicester City (H), Bournemouth (A), Fulham (H), and Aston Villa (H).

October promises to be an entertaining month at the Emirates Stadium. They begin with the first north London derby of the season, and later host Liverpool and Manchester City.

Their reverse fixture against Tottenham comes on the weekend of January 14, and they end the campaign with a home clash against Wolverhampton Wanderers.

When it comes to the manager, there aren’t many fanbases more divided than Arsenal’s. Is Mikel Arteta the right man? If you asked that question at the Emirates, you’d get about a million different answers.

The Spaniard is part of a long-term project at Arsenal. They’ve stuck by him through a number of lows. The board have put immense faith in him.

This is the year that Arteta’s project is supposed to come to fruition. He’s built a young, vibrant team in north London that is capable of doing damage to any opponent. The target will be top four.

Should he achieve this aim, it will please a lot of the people in charge. Should he fail, however, it could turn a lot of his supporters into sceptics.

So far, it’s been an encouraging transfer window for the Gunners. They’ve brought in several promising players, while not losing anyone too important.

The most significant departure has been Alexandre Lacazette, who was their leading playmaker last year with seven assists. He’s been replaced by Gabriel Jesus, who arrives for an estimated £45 million. During his time at Manchester City, the Brazilian scored 95 goals in 236 games in all competitions, with a number of those appearances coming off the bench.

And he’s not the only new recruit from the champions, as Oleksandr Zinchenko has also been brought in. The 25-year-old is primarily a midfielder, but spent the majority of his time at Man City in the left-back role. With Kieran Tierney already occupying that area, a return to midfield is likely.

Other new signings include Fabio Vieira from Porto, Brazilian teenager Marquinhos, and US international Matt Turner. The former is expected to play a significant part this season, but the other two aren’t likely to be regulars at this point.

Since his breakthrough in the 2019/20 season, Bukayo Saka has risen to prominence as one of Arsenal’s finest players.

Last year, the youngster reached a new level, scoring 11 and assisting seven in the league – a personal best in both departments. This form earned him the Arsenal Player of the Season award for the second year running.

We’re backing him to be the main man at the Emirates once again. With the World Cup just a few months away, and competition on the wings high, Saka will be desperate to make a fast start in order to stake his claim for a starting spot. This could be his best season yet.

As mentioned above, top four will be Arteta’s target this term. Anything less will be seen as stagnation or a step backwards.

Man City and Liverpool are effectively locked into the Champions League places already. That leaves two spots open, and at least four teams fighting for them.

Chelsea and Tottenham claimed these positions last season, and both have opened their wallets in the transfer window. Meanwhile, Manchester United suffered a dreadful campaign last year, but have brought in a new manager. They’re a bit of an unknown quantity.

To put it simply, it’s going to be a huge task for Arsenal. We expect them to put up a good fight, but another year in the Europa League is looking more likely.