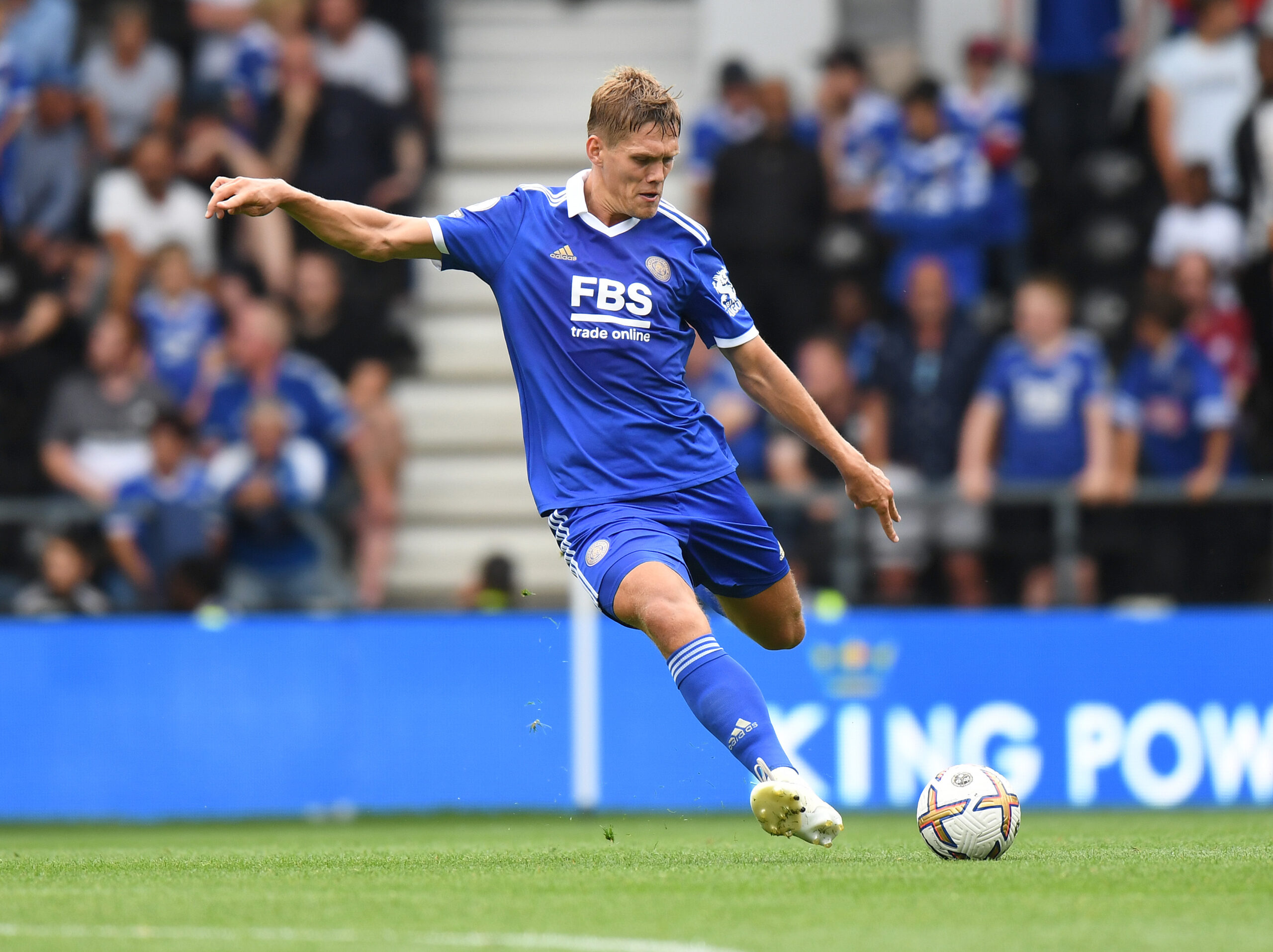 The 29-year-old first came to English shores in 2018 when he joined Southampton from Borussia Monchengladbach in a £22 million deal.

He made 79 appearances across all competitions at the Saints over the next three seasons before joining Leicester last summer in a £15m move.

However, the Dane failed to make an impact at the King Power Stadium and managed to make only 10 Premier League appearances last season, with four of them coming from the bench.

According to The Sun, newly promoted Fulham are chasing the signature of Vestergaard, with manager Marco Silva looking to bring ‘more power and presence at the back.’

The Cottagers want a loan move for the 29-year-old while Leicester are looking to sell their player for around £12m.

The centre-back’s current contract expires in 2024, having penned a three-year deal last year.

Fulham recently completed the signing of Switzerland international Kevin Mbabu from VfL Wolfsburg in a deal worth £6.4m.

Vestergaard should move to Fulham

Vestergaard has the honour of being the tallest centre-back in the English league, with the defender standing at a towering 6ft 6in.

The Dane is known for his aerial dominance, tackling and ball interception.

He didn’t make a huge impact at Leicester last season but, to be fair, he wasn’t given a lot of opportunities.

Vestergaard averaged an impressive 1.5 tackles, 0.7 interceptions and 3.5 clearances per game in the Premier League last campaign (as per WhoScored).

He should move to Fulham if he isn’t given assurances of game time with the Foxes this season.