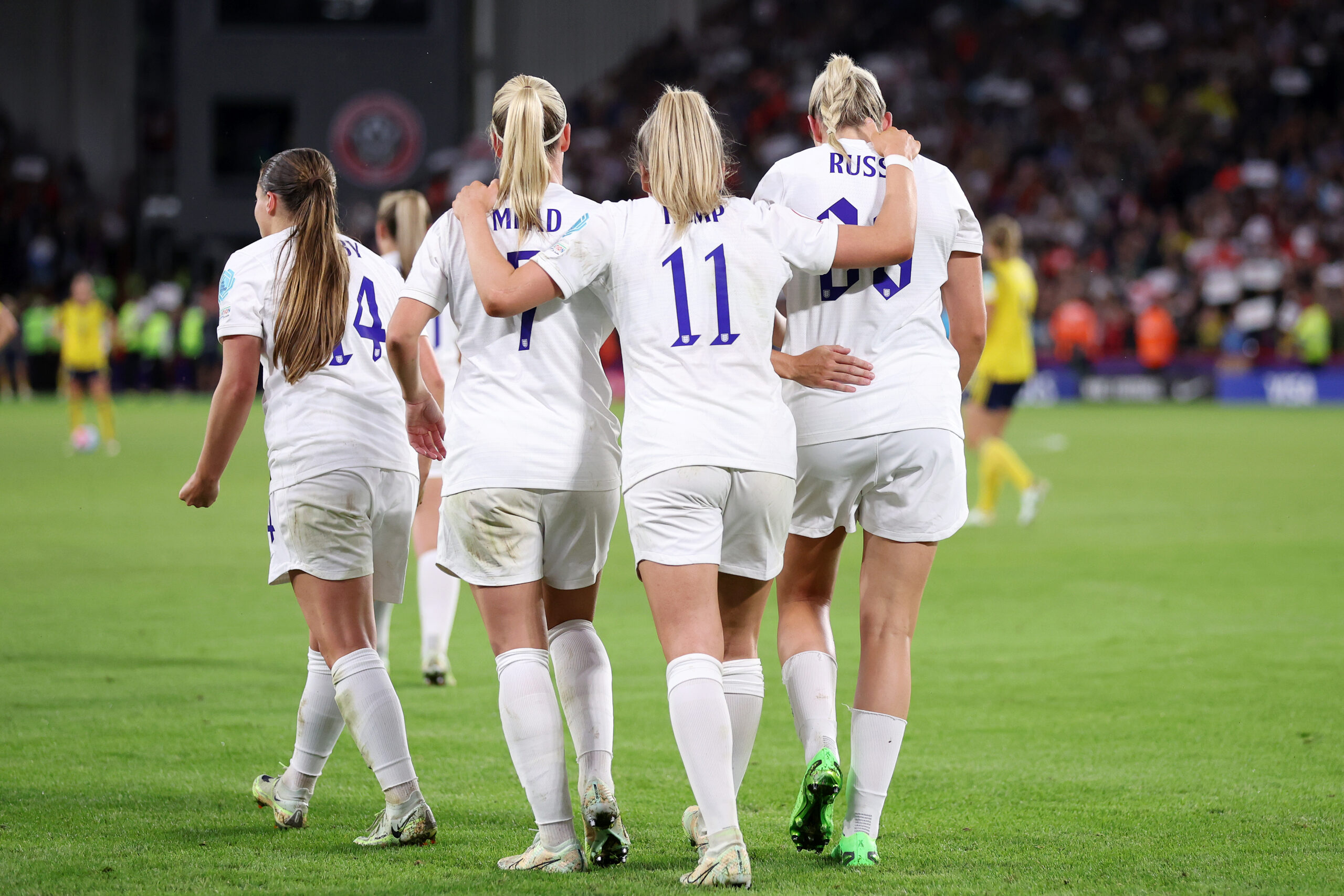 The Women’s Euro 2022 is reaching its climax as England and Germany go head-to-head for the trophy at Wembley Stadium.

A rampant England side made light work of their Swedish counterparts, cruising to an overwhelming 4-0 win in the semi-finals to qualify for their first European Championships showpiece since 2009.

Ominously, though, their most recent appearance in the title decider yielded a humiliating 6-2 defeat to Germany of all teams.

As for Die Nationalelf, Alexandra Popp’s goals on either side of half-time, including a 76th-minute winner, fired them to a 2-1 semi-final triumph over France.

Having returned to the competition’s grand final after the last tournament’s quarter-final exit, Germany will be looking to maintain their 100% win ratio in this fixture.

Both sides were considered the leading candidates to take home the trophy long before the competition started, promising a spectacle in London.

The Women’s Euro 2022 final will be available to watch live online via football streams.

Sarina Wiegman’s ladies will be out to make the nation forget about the Men’s Euro 2020 heartbreak, but to do that, they will have to defy their dreadful overall record against Germany.

England may have won the sides’ most recent encounter in February this year, courtesy of 3-1 thumping, yet it remains only their second victory in 27 meetings with Die Nationalelf (D4, L21).

In fact, the Lionesses have suffered more defeats to Germany than any other side, so it is needless to highlight the difficulty of the task at hand.

However, there is plenty of reason for optimism in the England camp, as they top the scoring charts at Euro 2022 with 20 goals, with only Germany in 2009 (21) netting more at a single edition of the tournament.

Unlike England, who are pursuing their first-ever European Championships success, Die Nationalelf boast an unprecedented eight continental titles under their belt.

This tournament’s qualification for the title-deciding showdown means Germany have appeared in 69% of the total finals in the competition’s history (9/13).

Head coach Martina Voss-Tecklenburg has based her side’s impressive Euro 2022 showings on a rock-solid defence that has yet to concede to an opposition player.

Barring goalkeeper Merle Frohms’ own goal against France in the semi-final, Voss-Tecklenburg’s ladies have held each of their other four opponents at bay at the tournament so far.

England’s hopes of achieving a historic success will be in the hands of Euro 2022 joint-top scorer Beth Mead.

The in-form Arsenal forward is in contention for the MVP award and will be keen to prove herself on the biggest stage.

As for Germany, Popp will be entrusted with carrying the scoring burden, as has been the case for the majority of the tournament.

Alongside Mead, she is the joint-top scorer with six goals to her name.

With almost nothing to separate the sides ahead of the kick-off, we back the Women’s Euro 2022 final to go down to the wire.

Since every mistake could prove decisive, neither manager is expected to give too much away, especially from the get-go.

Don’t be surprised if the winner is decided after penalties.