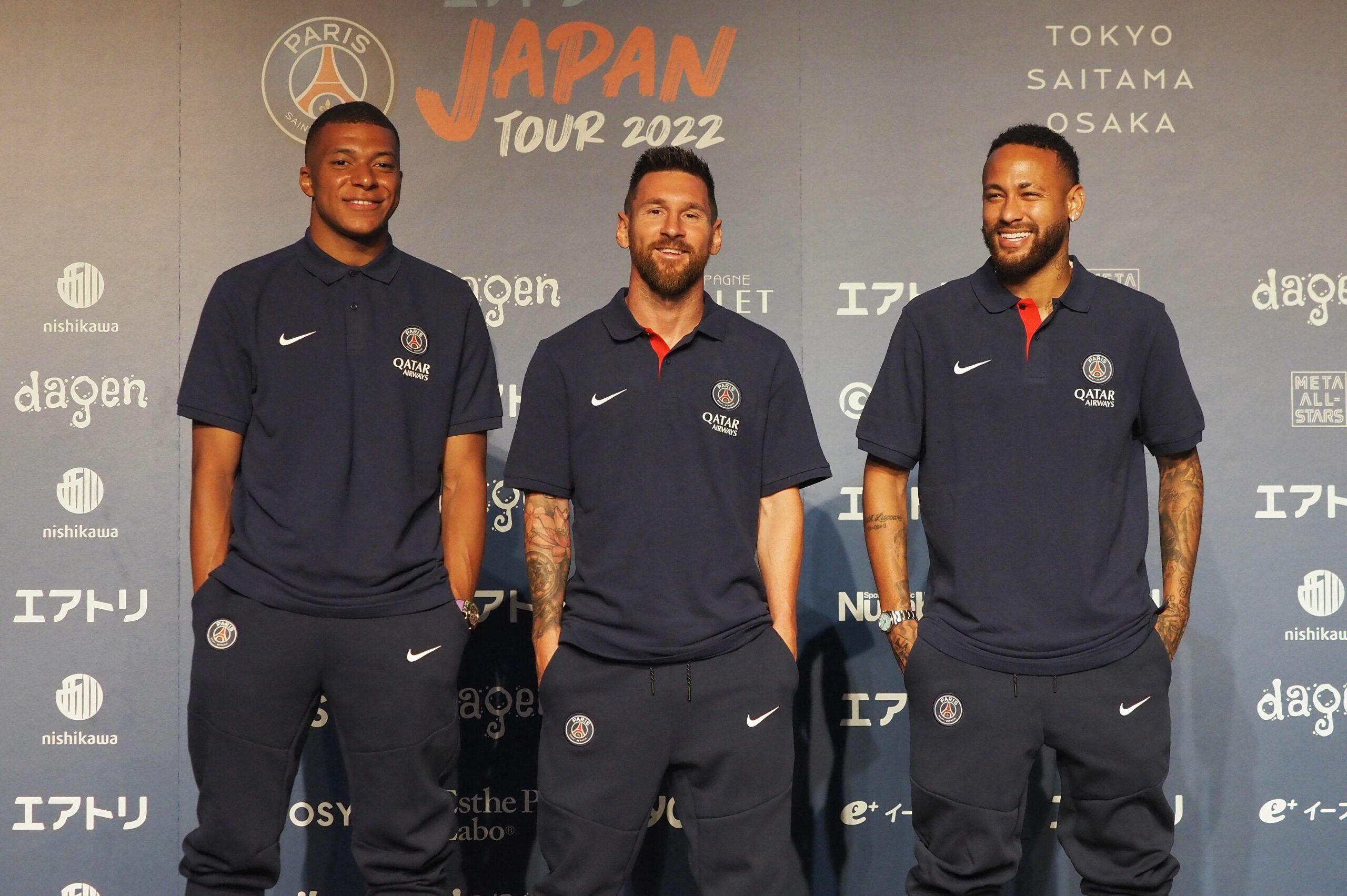 New season, old goals for a star-studded Paris Saint-Germain side who will be looking to conquer the Champions League in 2022/23.

Despite reclaiming the Ligue 1 title from Lille, last season can hardly be considered a success from Paris’ point of view, as they failed to achieve the ultimate goal.

A heartbreaking Champions League exit at the hands of Real Madrid probably played a crucial role in the sacking of Mauricio Pochettino.

The wealthy Paris owners have issued a warning to all future managers that nothing short of European glory is enough to satisfy their appetites.

Before a curtain-rising Ligue 1 fixture away to Clermont Foot on August 6, PSG will get the new season underway with a French Super Cup showpiece against Nantes on July 31.

Parc des Princes will host its maiden 2022/22 Ligue 1 match on August 13 as last season’s mid-table strugglers Montpellier will arrive in the French capital.

A mouth-watering league game against Monaco on home turf falls on August 28, while PSG’s first high-profile away match-up pits them against Lyon on September 18.

In order to accommodate the upcoming Qatar World Cup, Ligue 1 will take a six-week break, with Les Parisiens welcoming newly-promoted Auxerre in their final pre-tournament outing on November 13.

Back to top-flight action on the eve of the new calendar year, PSG will lock horns with last season’s surprise package Strasbourg on December 28 to round off their 2022 proceedings.

New Year’s Day fixture away to Lens will serve to kickstart Paris’ 2023 league action, with their first stern test in the new calendar year coming on February 12 at Monaco.

Another handsomely-looking contest in the second half of the season arrives on April 2 as the reigning Ligue 1 champions entertain Lyon at home.

PSG will be keen to have the record-breaking 11th top-flight crown in the bag by the time they head to Clermont for the final 2022/23 encounter on June 3.

An underwhelming Champions League campaign hastened Pochettino’s departure, with Christophe Galtier taking over the managerial reins in Paris this summer.

Despite being heavily linked with former Madrid boss Zinedine Zidane, Les Parisiens have opted for a man that stole them the Ligue 1 title with Lille in 2020/21.

Widely considered one of the best French managers in the 21st century, Galtier has won the Best Manager of the Year award at the Trophées UNFP du football on three separate occasions.

In 2021/22, he came close to helping Nice qualify for the Champions League, only to fall three points short of third-placed Monaco in a nerve-shredding season finale.

Despite a sizeable gulf in quality, Galtier’s Nice conceded as many goals (36) as PSG last season, suggesting the 55-year-old could provide answers to Paris’ lackadaisical defending next term.

In terms of goals, don’t expect Les Parisiens to be as prolific as last season, considering the new manager is known for his defensive-minded football philosophy.

Unlike last summer, when PSG pulled off an unprecedented transfer window, highlighted by the arrivals of Lionel Messi, Sergio Ramos and Gianluigi Donnarumma, they have taken a different approach this time.

They have focused more on acquiring the services of talented youngsters such as Nordi Mukiele, Vitinha and Hugo Ekitike than splashing out massive figures on top-notch stars.

While Ekitike, 20, joined the club on a season-long loan from Reims, the other two summer additions have arrived for a combined fee of €53.5m, as it seems Les Parisiens are changing their transfer policy.

When it comes to the outgoings, long-serving winger Angel Di Maria ended his seven-year stint in Ligue 1 to join Juventus as a free agent upon the expiration of his contract.

Another senior first-star could soon follow in the Argentine’s footsteps and cut ties with PSG.

Presnel Kimpembe’s future in Paris is still surrounded by a veil of mystery, especially following the signing of Mukiele from RB Leipzig.

When you have Neymar, Messi and Kylian Mbappe on the same team, the task of singling out one star player is as arduous as it can be, yet we’d stick with the Frenchman.

You don’t have to look beyond Mbappe’s new contract at the Parc des Princes to understand the club’s overwhelming desire to hand him a standout role starting the new season onwards.

PSG fought tooth and nail to prevent the quicksilver forward leave for Madrid despite Los Blancos’ utmost effort to lure the 23-year-old away from his homeland.

The 2018 World Cup winner with France was by far the most prolific PSG player last season, tallying a staggering 28 goals and 19 assists across 35 league appearances.

Mbappe was single-handedly responsible for 52.2% of Paris’ total goal count in the 2021/22 Ligue 1 season, showing why they have been so desperate to retain his services this summer.

Now that they have the best manager in France to navigate one of the most well-knit squads in European football, Paris should find the upcoming Ligue 1 season a walk in the park.

With the added motive of becoming the most successful club in French top-flight history, it is hard to make a strong case as to why Les Parisiens will let anyone spoil their celebration party come June 2023.

Though they will likely be cruising to another domestic success, fulfiling a long-term goal of claiming the coveted Champions League crown will require special attention.

Barcelona, Bayern Munich, Liverpool and Manchester City have made substantial efforts in the transfer market to strengthen their squads ahead of the new season.

Despite a relatively quiet transfer window, Madrid cannot be discounted as potential candidates to defend the trophy, meaning competition in next season’s Champions League will be fiercer than last year.

However, if Neymar and Messi can improve on their last season’s form to give Mbappe a leg-up upfront and Galtier tightens things up at the back, PSG would be a good bet to achieve European glory next term.