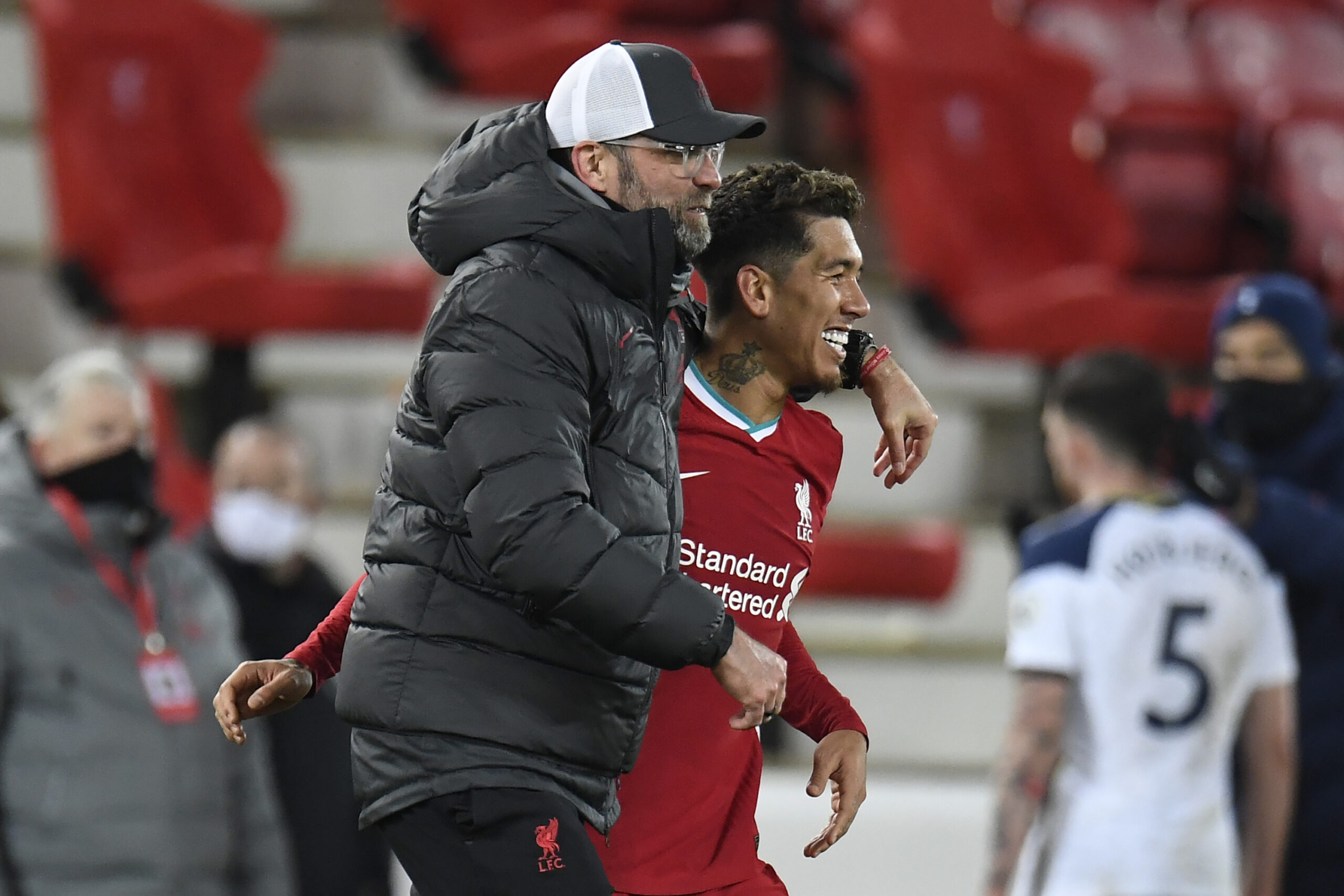 Speaking in a press conference ahead of the highly-anticipated Community Shield final against Manchester City on Sunday, Jurgen Klopp debunked rumours of a potential exit for Firmino, revealing the forward’s importance to the squad.

“Bobby is crucial for us, the heart and soul of this team,” Klopp said via Liverpool Echo.

“Everything looks really good and I am absolutely fine with Firmino. For me, no doubt about his quality, so yes, he is essential for us”.

Firmino has been linked with a move away from Liverpool in recent weeks, with reports claiming the Reds are looking to offload the Brazilian international.

The arrival of Diogo Jota and Luis Diaz saw the 30-year-old fall down the pecking order at the Merseyside outfit as he was limited to just 10 starts in the Premier League last season.

While he remained effective, registering 16 goal involvements in 35 appearances across all competitions, he could drop further in Klopp’s preferred attacking options following the record signing of ex-Benfica striker Darwin Nunez.

Perennial Serie A champions Juventus have been linked with a swoop for Firmino as Massimiliano Allegri looks to bolster his squad ahead of the 2022-23 Italian campaign.

Firmino teamed up with Mohamed Salah and Sadio Mane to form the deadly attacking trio crucial in Liverpool’s rise to dominance in recent years.

However, while the Egyptian superstar recently penned a long-term contract with the Anfield outfit, Mane opted to jump ship this summer, signing for Bundesliga champions Bayern Munich.

“We lost Sadio who was a fixed member of the line-up for six years, he told us he wanted a new challenge,” Klopp added.

“He told us early enough and we accepted it. We had time to prepare that and that’s what we did.”

Roberto Firmino, who has 12 months left on his current contract, has made 322 appearances for Liverpool, scoring 95 goals and providing 65 assists.