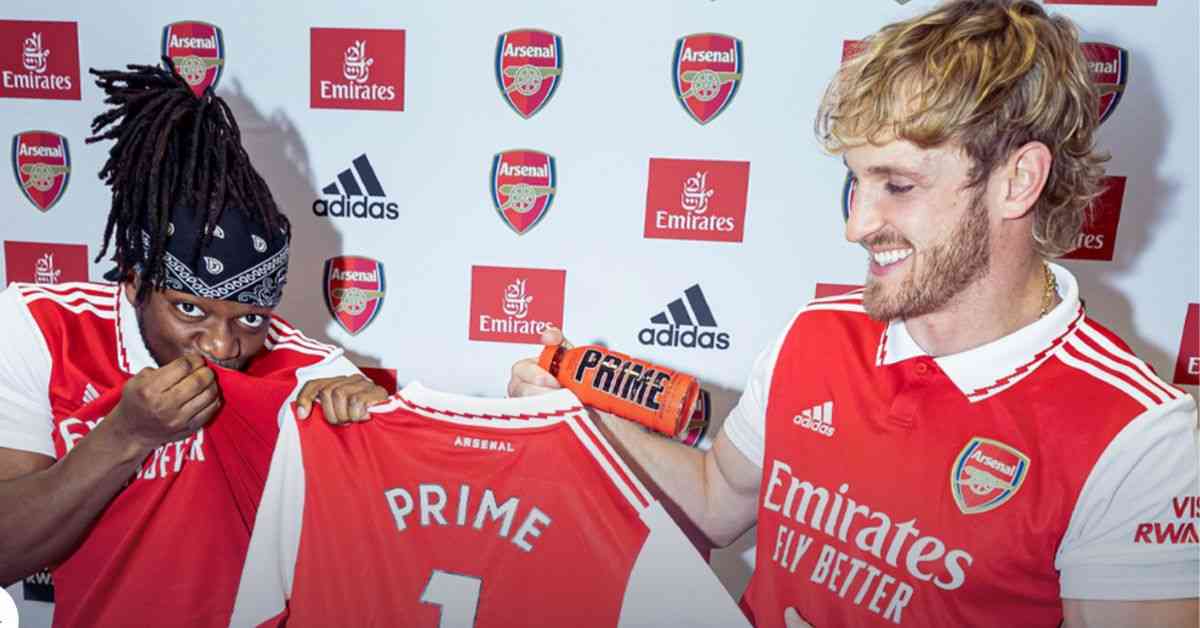 Popular YouTubers Logan Paul and KSI have signed a sponsorship deal with Arsenal to provide their energy drink, PRIME, to the London club.

PRIME will now become the official hydration partner for the Gunners.

The YouTube pair started as foes when they fought in the ring against each other. The first bout ended in a draw before JJ Olatunji – KSI – won the rematch.

They have since become friends and business partners since they put their gloves aside.

KSI is a popularly known Arsenal fan within the community, and he announced the deal with a tweet.

Arsenal had a partnership with Gatorade, but they will now switch to PRIME hydration drink.

The product caused a stir after the company’s website sold out just a few minutes after launching in the United States and United Kingdom.

The partnership bodes well for the future of the drink and Arsenal. The Gunners are tapping into two of the most popular figures on YouTube. It could be great for the club’s marketing and popularity.

KSI told Arsenal’s website: “Honestly, I can’t believe it, this is a childhood dream of mine.

“From watching Arsenal tear up the Premier League in the early 2000’s to now being associated with Arsenal officially with PRIME, it’s a dream come true and I’m still pinching myself! This is a huge moment and I’m so glad it’s with the team I support.”

Arsenal’s Chief Commercial Officer, Juliet Slot, added: “We are always looking to join forces with new, exciting and forward-thinking brands. PRIME falls comfortably into that category, with a product and founders at the forefront of modern culture.

“KSI is a lifelong Arsenal supporter and it’s fantastic we can keep this in the family. I’m sure our supporters will love the drink and I’m excited to see the fun ways we will bring this partnership to life.”