Barcelona set to complete the signing of Jules Kounde 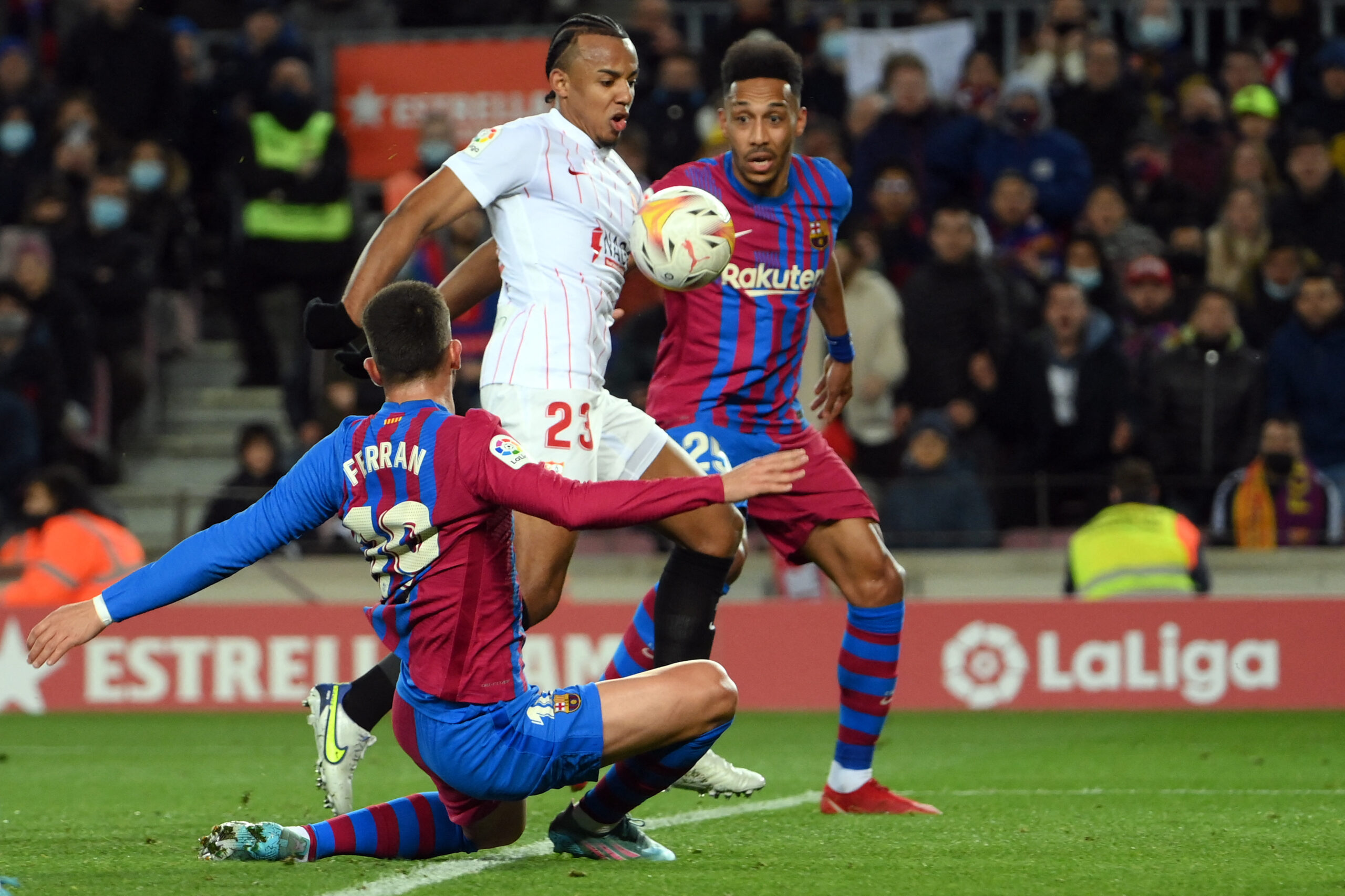 Barcelona have won the race to acquire the services of Jules Kounde, according to transfer expert Fabrizio Romano.

Per the report, Barcelona have finally reached a verbal agreement with Sevilla for Kounde, and the 23-year-old has also agreed personal terms.

The Blaugrana were embroiled in a tussle for Kounde with Premier League outfit Chelsea, who have a long-standing interest in the Frenchman dating back to last year.

The Blues looked set to sign him a few days ago before a late twist occurred in the transfer saga.

This is the second time Barca have pipped Chelsea to a transfer target this summer as the two clubs went head-to-head for the signature of Raphinha, who eventually secured a move to the Catalan outfit.

Capable of playing as a right-sided centre-back and also at right-back, the Frenchman has established himself as one of Europe’s brightest defensive prospects, helping Sevilla to the best defensive record in the top tier of Spanish football during the just-concluded campaign.

Off the back of a relatively underwhelming season last time out, Barcelona have made great strides in the transfer market as they look to reclaim domestic dominance from Real Madrid and establish themselves as a force in European football once again.

The La Liga giants are expected to make more additions before the window runs out with full-back reinforcements now a priority.

Cesar Azpilicueta and Marcos Alonso have been earmarked as possible options, but it remains to be seen whether Chelsea will do business with Barcelona.

Meanwhile, a move for Bernado Silva is still on the cards, especially if the highly-disgruntled Frenkie de Jong departs Camp Nou.