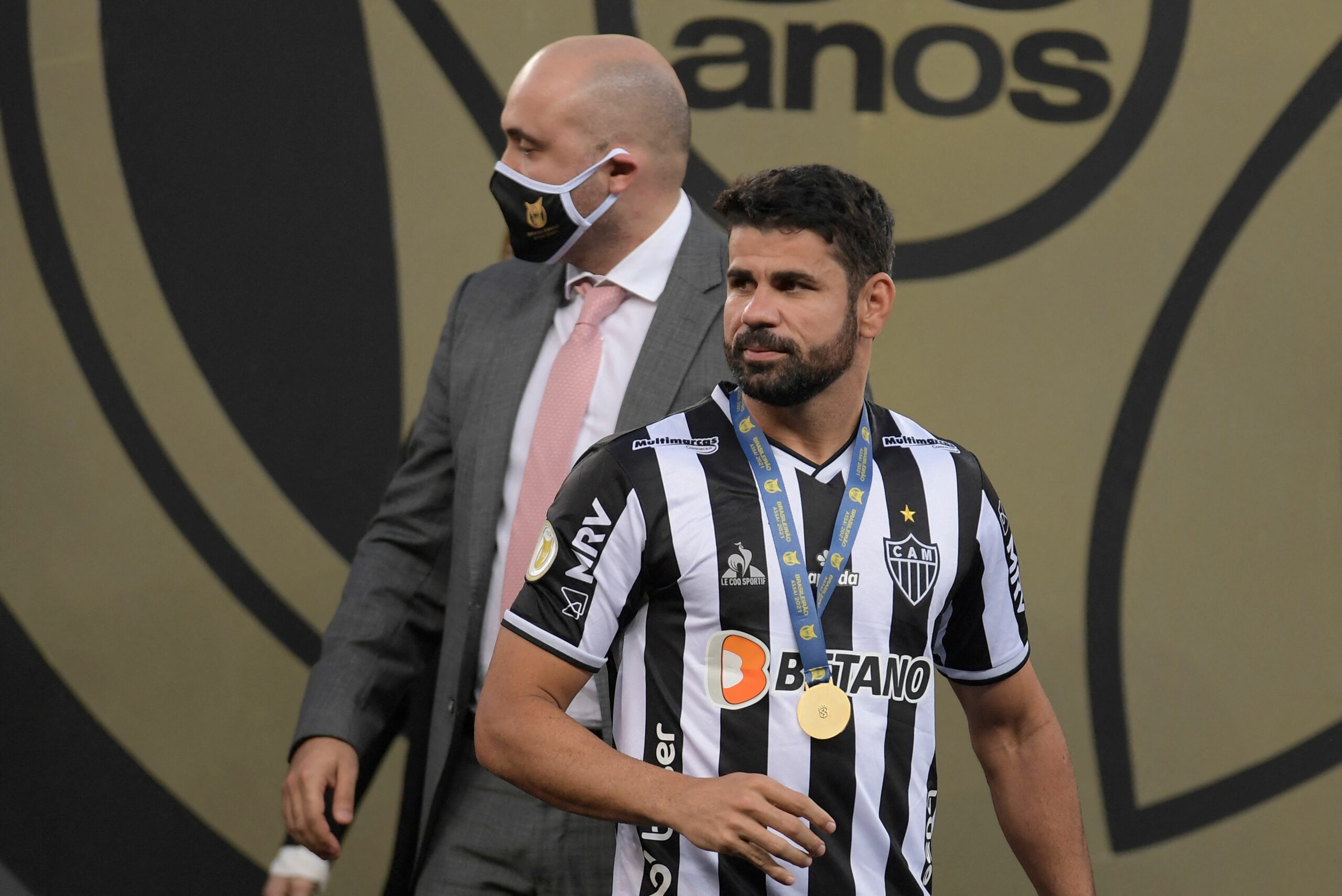 Rayo Vallecano are looking to complete a deal to sign former Chelsea, Atletico Madrid and Atletico Mineiro striker Diego Costa, according to Relevo.

Diego Costa scored five goals for the Brasileiro Serie A side as they won a domestic double before leaving to become a free agent.

Rayo are offering him a one-year deal with an annual salary of €1 million to bring him back to Madrid.

The controversial striker famously endeared himself to Rayo during his six-month loan back in January 2012, scoring ten goals in 16 games.

Those goals helped keep Rayo in the top flight and Costa is now interested in returning to the club.

With his family reportedly living in Madrid, it is not hard to envisage the Spanish international rounding out his career in Vallecas. There were previous links to Fenerbahce, but nothing came of it.

The move also presents a chance for Costa, now 33, to pair with former teammate Radamel Falcao.

Costa and Falcao were lethal in the 2012/2013 season as a duo. It culminated in a Copa Del Rey win. It also set up Diego Simeone’s side for a league win the following season.

Both men may be in the twilight of their careers, but they have a lot to offer Andoni Iraola.

The former right-back will be hoping Rayo can do better or at least maintain their 12th place La Liga finish this season despite their wretched form towards the end of the previous campaign.

Los Vallecanos have already signed Salvi Sanchez, Diego Lopez and Unai Lopez on free transfers ahead of the 2022/23 season. They could boost their window immensely by signing Diego Costa for free.

He may not be the striker he once was, but having the experience and doggedness of Costa up top can only be a positive for any team.