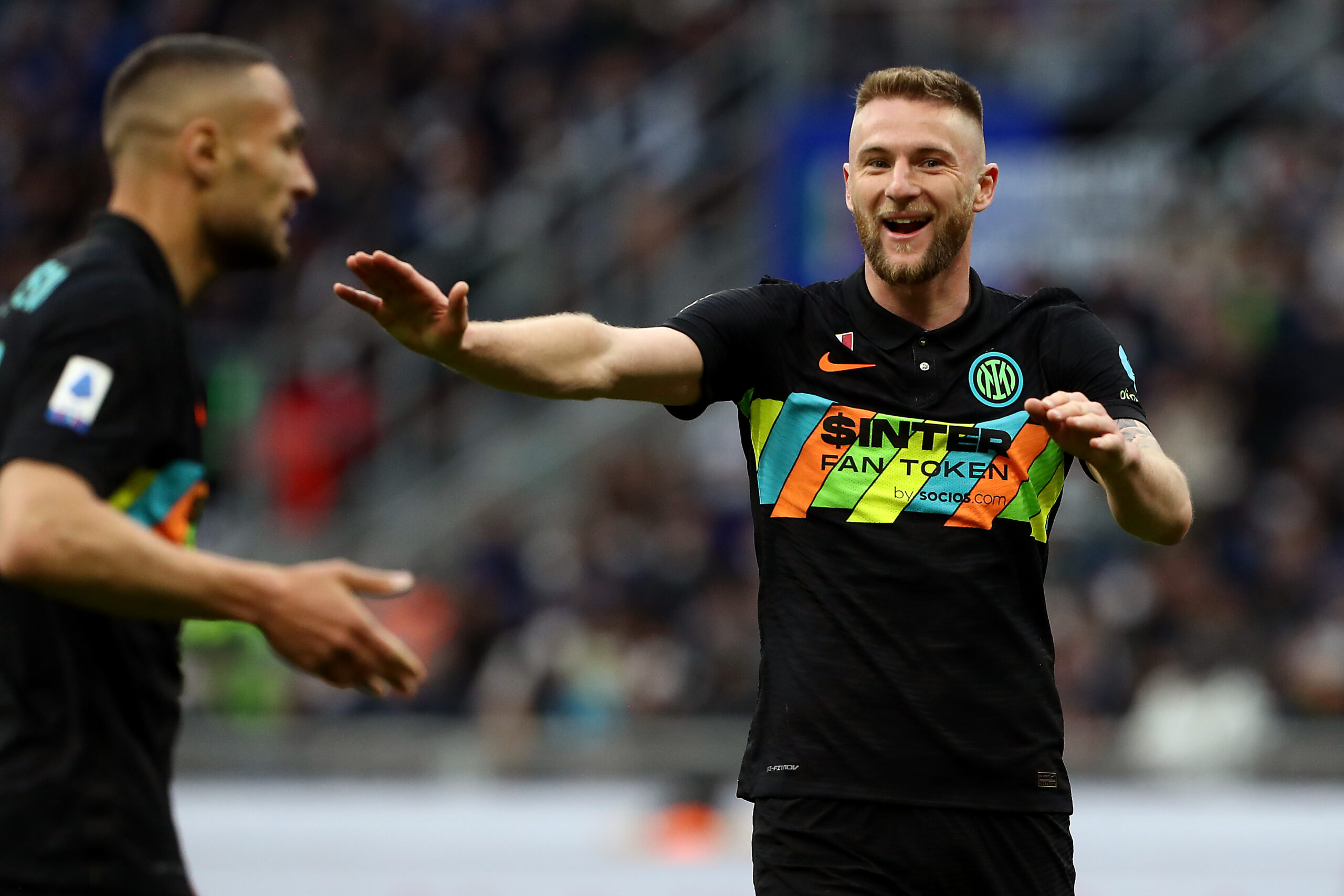 Inter Milan defender Milan Skriniar is back on the radar of Chelsea, who have been dealt a huge blow in the pursuit of Jules Kounde.

The Blues were thought to be in pole position to sign the French centre-back after having an offer accepted by Sevilla. However, Barcelona are now reportedly on the verge of hijacking the deal, having convinced Kounde to move to Camp Nou.

Various reports are stating that Chelsea are no longer in the race for Kounde, with Catalan giants currently in talks with Sevilla to finalise the transfer fee and wrap up the deal sooner.

Thomas Tuchel’s side have started working on the alternatives, with Skriniar’s name high on the wishlist.

CBS Sports journalist Ben Jacobs reports that Skriniar has been previously of interest to the Blues, who tried to sign him in a potential swap deal for Romelu Lukaku. However, the move failed to materialise as Lukaku returned to Inter on loan.

Skriniar has been heavily linked with an exit this summer, with Inter reportedly looking to offload him to ease their financial troubles.

Paris Saint-Germain have been in talks to sign the Slovakian international but have struggled to reach an agreement so far, with Inter being adamant on their €70 million valuation.

Les Parisiens are reluctant to pay such an expensive fee, which could open the door for the west Londoners.

Having already signed Kalidou Koulibaly from Napoli, Tuchel is looking to add another top-class centre-back in the transfer window.

There had been reports earlier that the Nerazzurri were planning to keep Skriniar after missing out on top defensive target Gleison Bremer to Juventus.

However, with Alessandro Bastoni certain to stay and players like Manuel Akanji and Nikola Milenkovic being targeted, Inter are looking to sell Skriniar for a suitable offer.