Chelsea frustrated with Barcelona’s interference in Kounde transfer, will resist negotiations for Azpilicueta and Alonso 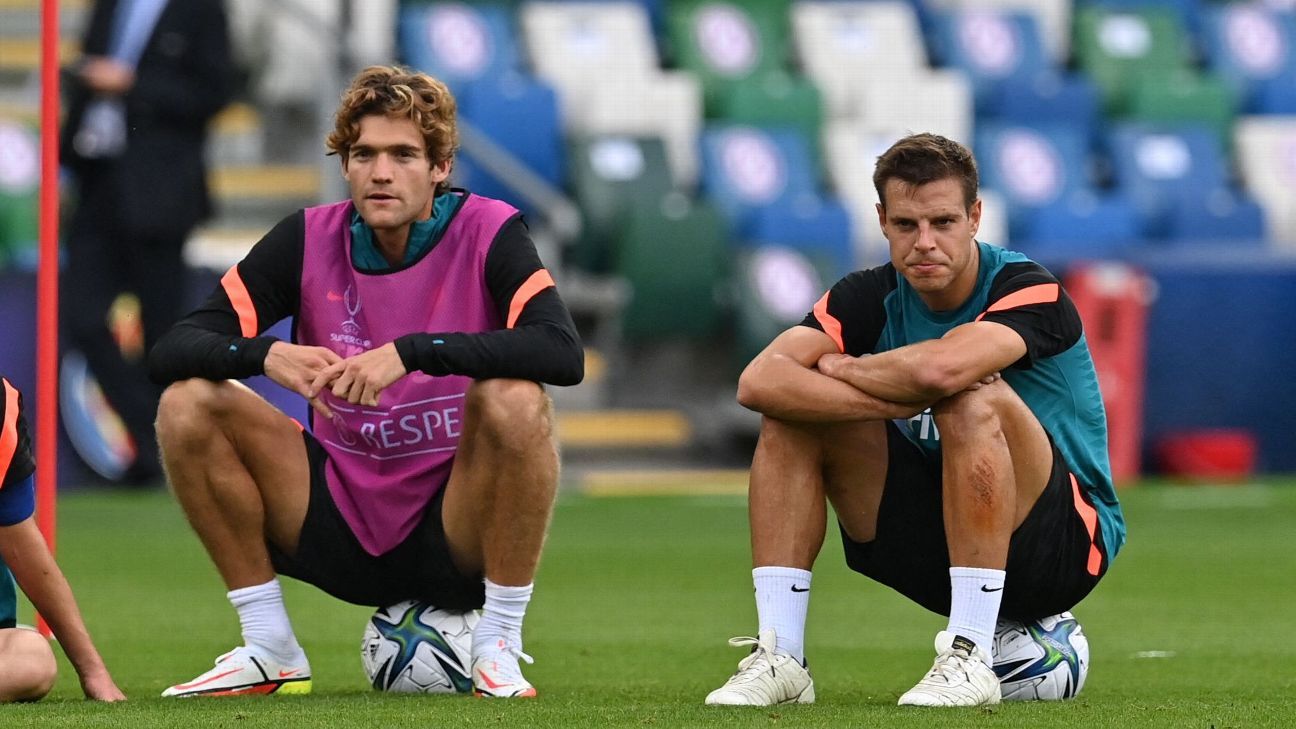 Chelsea are getting irritated by the constant interference of Barcelona in their summer transfer plans.

The Blues have seen Barca hijack their pursuit of Raphinha, and they are attempting to scupper their deal for Jules Kounde.

“It’s maybe now a bit tough because the other club is permanently on him,” Tuchel said before Chelsea’s recent pre-season meeting with Arsenal (via football.london).

“This causes distraction. But latest, on the first of September, when things come down and things are clear, I am very convinced he can play at his highest level.”

Chelsea can Retaliate Against Barcelona

Barcelona and Azpilicueta agreed personal terms a while back, but Chelsea may block any move for their captain. With Chelsea already losing Antonio Rudiger and Andreas Christensen to La Liga, Tuchel may decide to keep the club stalwart.

Alonso has also been linked with a move back to Spain as Barcelona look to reinforce their full-back positions ahead of the 2022/23 season. The club can make his transfer very difficult for the Blaugrana.

Chelsea had their summer transfer plans delayed due to various forces. The sanctions, the transition to new ownership, and the new ownership’s transition into their new positions all led to delays in the club being able to offer new contracts to players or make moves on transfers.

They are behind their rivals in the market as they look to close that 19-point gap between them and the 2021/22 EPL winners. They need more defensive, wing-back, midfield and attacking reinforcements. Barcelona have ruined their summer plans.

The club needs a 1v1 specialist in attack – they set their eyes on Raphinha and even agreed a deal for the player with Leeds United before Barcelona signed him.

Barca also attempted to sign Kalidou Koulibaly, but Aurelio De Laurentiis decided to sell to Chelsea after looking at Barca’s finances. With Barcelona pushing for Azpilicueta and Alonso, Chelsea may decide to frustrate their moves.

How Chelsea can get revenge

Chelsea selling Alonso and Azpilicueta to Barcelona might be more revenge than not selling. While both are still serviceable players, they are nothing more than that. Chelsea should sell these players and get better players while shifting their deadwood to Barca for decent money.

On the right side of Tuchel’s defense, Azpilicueta is no longer the 1v1 defender that struck fear into the heart of attackers. He is slower, more beatable and no longer as imperious as he used to be.

At wing-back, he is predictable and lacks the speed, stamina, dribbling and crossing needed to make things happen.

This is the time for Chelsea to upgrade on that position and shift him to Barcelona. It is a shame they let Jonathan Clauss go to Marseille instead of making a move for him.

Alonso deputised for Ben Chilwell who was injured for much of last season. The Englishman was in the form of his life before his injury. Alonso did not stand out in most games. He failed to provide the speed and thrust that Chilwell brings.

The occasional volley aside, Alonso is not very useful in attack and can be a liability in defense. He has also clashed with successive managers in Frank Lampard and Tuchel.

Chelsea can do better, and the real revenge will be selling these average players to Barcelona.