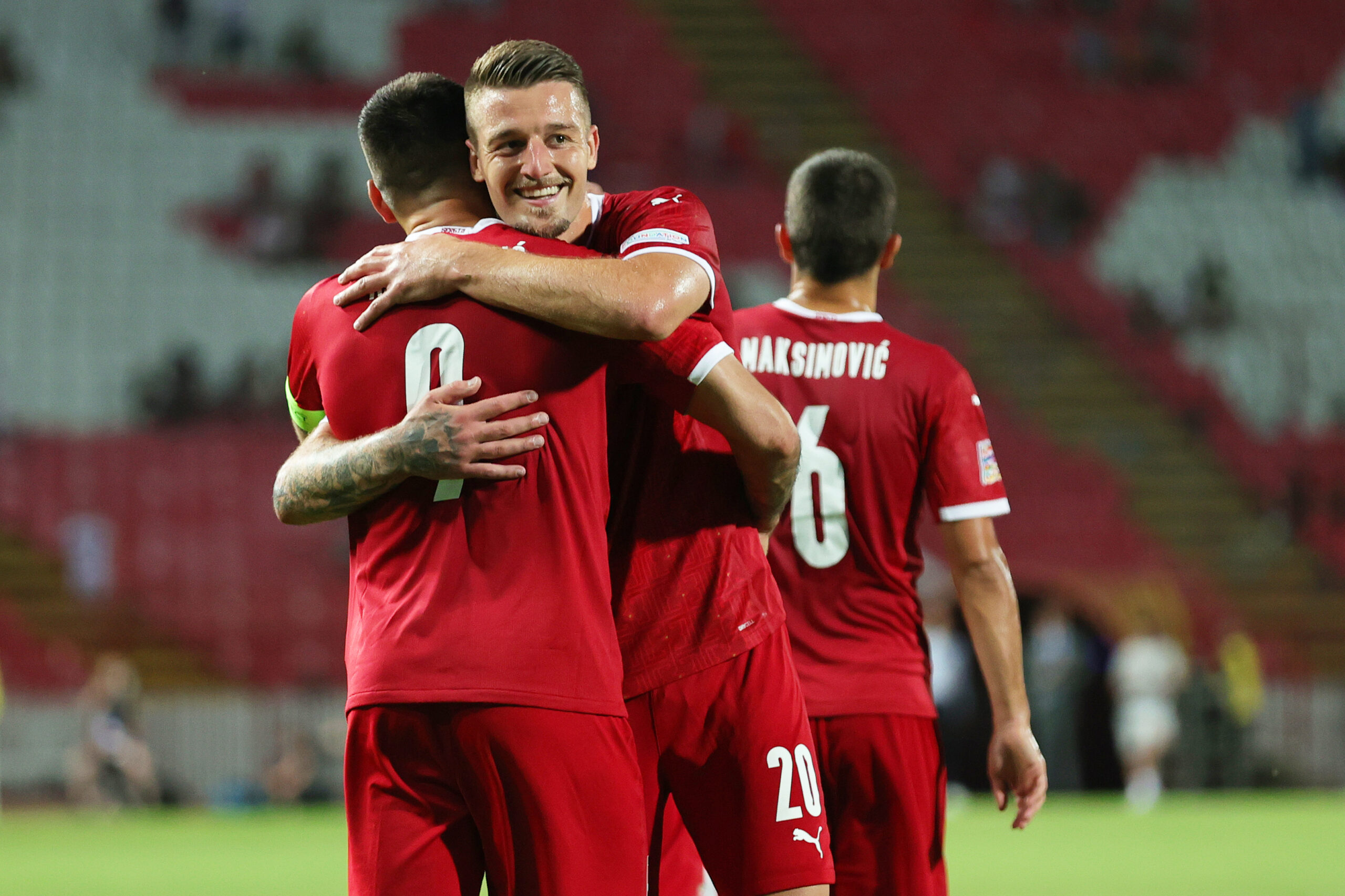 Manchester United have been chasing the signature of Frenkie de Jong who is reportedly their top priority signing during this transfer window.

The Catalans have reportedly agreed a transfer fee with United but the 25-year-old does not want to leave Camp Nou.

With time running out, Erik ten Hag must find an alternative to the Dutch footballer by either signing a replacement or choosing a homegrown talent to play in midfield.

According to a recent report from La Lazio Siamo Noi, the Premier League giants are targeting Lazio midfielder Sergej  Milinkovic-Savic who is a central midfielder who usually operates slightly deeper. They have been tipeed to ‘deliver a proposal’ to the player’s agent.

The Serbian was impressive in the Serie A last season, scoring 11 goals and creating 11 assists in 37 matches. He averaged 1.8 tackles and 1.1 clearances per game while he also made an average of 62.2 passes per match and recorded a completion rate of 81.4 percent.

However, United may have to spend a hefty sum to secure his services as he is currently rated €70 million by Transfermarkt.

Ten Hag could decide to feature a homegrown talent for the important playmaker role in the team this season.

The Dutch boss could use Fred or Scott McTominay, but the pair don’t look suitable for that role. The Brazilian is a box-to-box midfielder who can be erratic with his distribution while McTominay can play the holding role but is weak in positioning terms.

However, The Athletic believe James Garner is the most capable of ‘becoming de Jong.’

The 21-year-old was at Nottingham Forest last season where he helped them win promotion from the Championship, making 41 appearances and scoring four goals.

He was rated at 80 out of 99 for progressive passing ability. However, Garner would need to learn ‘when and where to counter-press and be more courageous when dribbling through crowded Premier League midfields’, as per Carl Anka and Mark Carey.

With the de Jong deal stalled, ten Hag must make a decision soon about who will be given the playmaker role for the 2022-23 season.