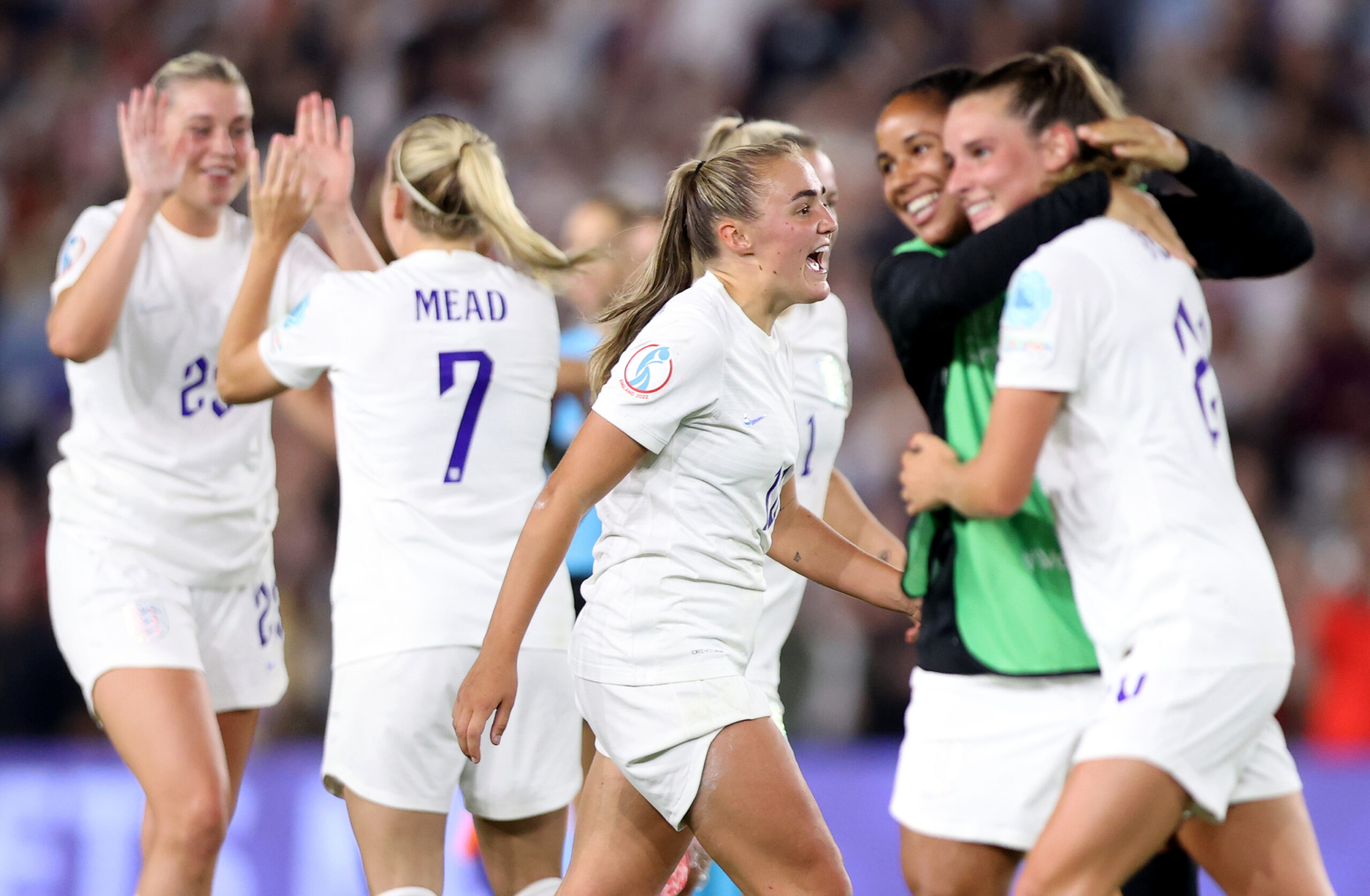 Bramall Lane, the home of Sheffield United, forms the backdrop for a mammoth Women’s Euro 2022 semi-final tie between England and Sweden.

Inspired by a frenzied atmosphere at the Amex Stadium, England came from behind to beat their Spanish counterparts 2-1 in a nail-biting quarter-final fixture.

Sarina Wiegman’s side fell behind early in the second half, yet Ella Ann Toone’s 84th-minute equaliser took the match into extra-time, where Georgia Stanway completed the turnaround.

Speaking of a quarter-final drama, Sweden grabbed the 92nd-minute tie-breaker in an evenly-contested last-eight encounter against Belgium at Leigh Sports Village through Linda Sembrant.

As per the bookmakers, Peter Gerhardsson’s girls are the outsiders to book tickets for Wembley Stadium, so a positive start in a hostile environment will go a long way towards proving their doubters wrong.

On the other hand, the Lionesses will be looking to improve on their semi-final exit in 2017 and move a step closer to lifting their first-ever European Championships trophy.

With England pursuing their maiden Euro title and Sweden seeking their first continental success since the inaugural tournament in 1984, the Bramall Lane crowd should be in for a treat.

England found their group stage journey a walk in the park as they cruised Group A’s top spot with all three victories and an eye-catching +14 goal difference.

However, a quarter-final scare showed Wiegman’s side there is no room for complacency, even though Spain’s second-half goal remains the only goal the Lionesses have conceded at the tournament.

England may be entering this semi-final showdown as pre-match favourites, but the Swedes are unlikely to dole out any favours, especially after winning back-to-back H2Hs by an aggregate score of 4-1.

Captain Leah Williamson and her teammates will be under pressure at Bramall Lane, with the whole country expecting them to wipe out painful memories from the Men’s Euro 2020 fiasco.

Like England, Sweden enjoyed a stellar group stage campaign, winning consecutive Group C fixtures following a 1-1 draw with the Netherlands on the opening matchday to finish top of the section.

Having found themselves in the Euro semi-finals for the first time since 2013, the Swedes will hope to defy their ‘last-four hoodoo’ that has seen them fail to progress from this tournament stage twice in a row.

Despite coming up against a more heavily fancied England, Gerhardsson’s side have every reason to feel optimistic about their chances of advancing to the Euro showpiece for the first time since 2001.

Since the 2021 Olympic Games heartbreak to Canada, the Blagult have not lost any of their subsequent 16 internationals (W14, D2), keeping ten clean sheets in that sequence.

Arsenal forward Beth Maed flattered to deceive against Spain last time out, but with five goals under her belt, she is still the tournament’s leading goalscorer.

As for Sweden, all eyes will be on another Gunners star Stina Blackstenius, who was unfortunate to see her first-half opener against Belgium ruled out for offside.

England passed the character test against Spain with flying colours and should be brimming with confidence against a stubborn Swedish side.

There is no doubt that the Lionesses have the quality on their side, and we back them to squeeze their way into the grand final.