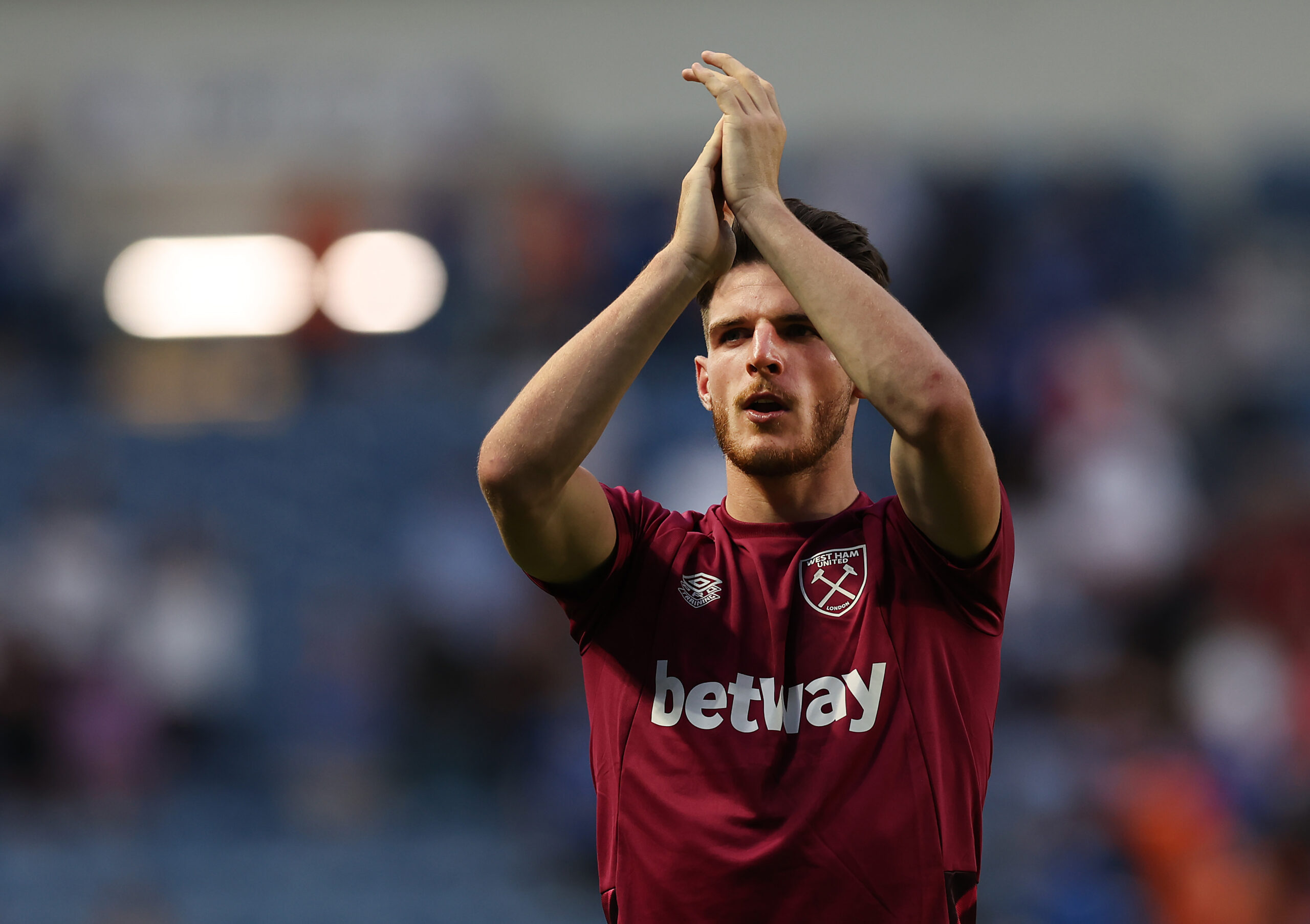 The 23-year-old, who rose through the ranks at the West Ham academy, has stamped his name as one of the hottest midfield talents across Europe.

His sensational display at the centre of the park has attracted multiple interests, with the likes of Chelsea and Manchester United linked with a move for the Englishman.

However, Rice has now broken the silence regarding speculation of a potential exit from the London Stadium, revealing his frustration at the unending rumours.

“Everyone knows my relationship with the players here, with the manager,” Rice said to Sky Sports.

“I’ve never once complained. Every time I’ve put on the shirt, it’s to go out there and give 100 percent.

“Whatever happens off the pitch takes care of itself; I can’t control that. What I can control is going out there and trying to be the best player every time I put on the shirt.”

Off the back of another solid campaign, talks of a potential exit from West Ham have followed Rice into the summer transfer window, with the midfielder with a return to boyhood club Chelsea once again.

He made 50 appearances across all competitions last term, scoring five goals and providing four assists to help the Hammers secure a seventh-placed finish in the Premier League and a place in the semi-finals of the Europa League.

“It is annoying, obviously, because of the numbers that get attached to your name – obviously, you can’t control that at all,” Rice added.

“There’s stuff sometimes that you see which you obviously don’t want to hear because it’s not really true in a way. But I can’t control that – all I can do is go on the pitch and play football and be happy.

“For the last couple of seasons that is what I’ve done, and that is the faith the manager has put in me so all that speculation stuff, that’s what comes with playing good, I suppose.”

Rice was reportedly a subject of serious interest from Man United last summer before the Red Devils opted against a move after being priced out by the Hammers’ staggering valuation.

He has been a key figure for club and country, making 35 appearances for the Three Lions and 195 for David Moyes’ side since breaking into the first team in the 2016-17 campaign.