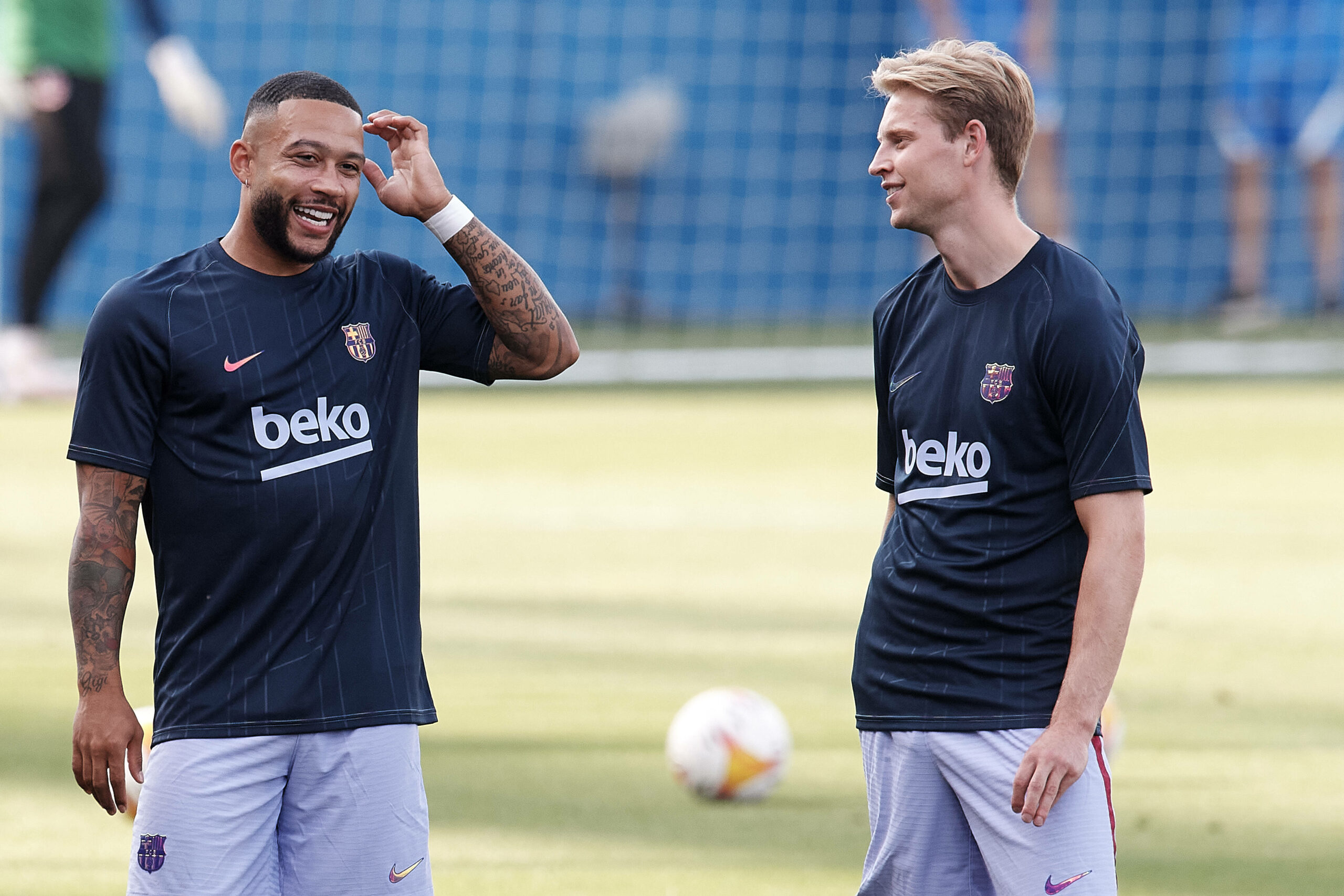 Xavi Hernandez will tell Frenkie de Jong and Memphis Depay that they are surplus to requirements at Barcelona, Spanish news outlet Sport claims.

The Catalan club has been trying to sell the pair as they look to balance their tattered finances. They will now use their head coach to ‘put the squeeze’ on the players to force them out of the club.

Barcelona are currently on tour in the United States, and Luis Miguelsanz believes that Xavi will discuss the matter and tell them they are not in his plans.

Barca have been trying to force de Jong to accept a move to Manchester United to earn some money and free themselves from his massive wages.

The former Ajax starlet has refused to join his former manager Erik ten Hag after United agreed a deal with Barcelona.

He has also refused to accept a pay cut to help the club cope financially. Numerous journalists claim that Barcelona owe the 25-year-old about €20 million in deferred wages.

They believe he wants to collect his money in full. There are also rumours that Chelsea could make a move for de Jong later in the transfer window.

As for Depay, the arrival of Raphinha and Robert Lewandowski pushes him further down the pecking order at Camp Nou.

Ansu Fati, Ousmane Dembele, Pierre-Emerick Aubameyang and Ferran Torres are all competing with Depay, and Xavi will tell him he can leave Barcelona.

The former Man United and Lyon attacker was discussed as a makeweight in a deal for Jules Kounde of Sevilla. However, the central defender looks to be heading for Chelsea with Barcelona failing to make a bid.

There are no concrete suitors for Depay at the moment but, as the window progresses, teams looking for an attacker will bid to sign the 28-year-old.