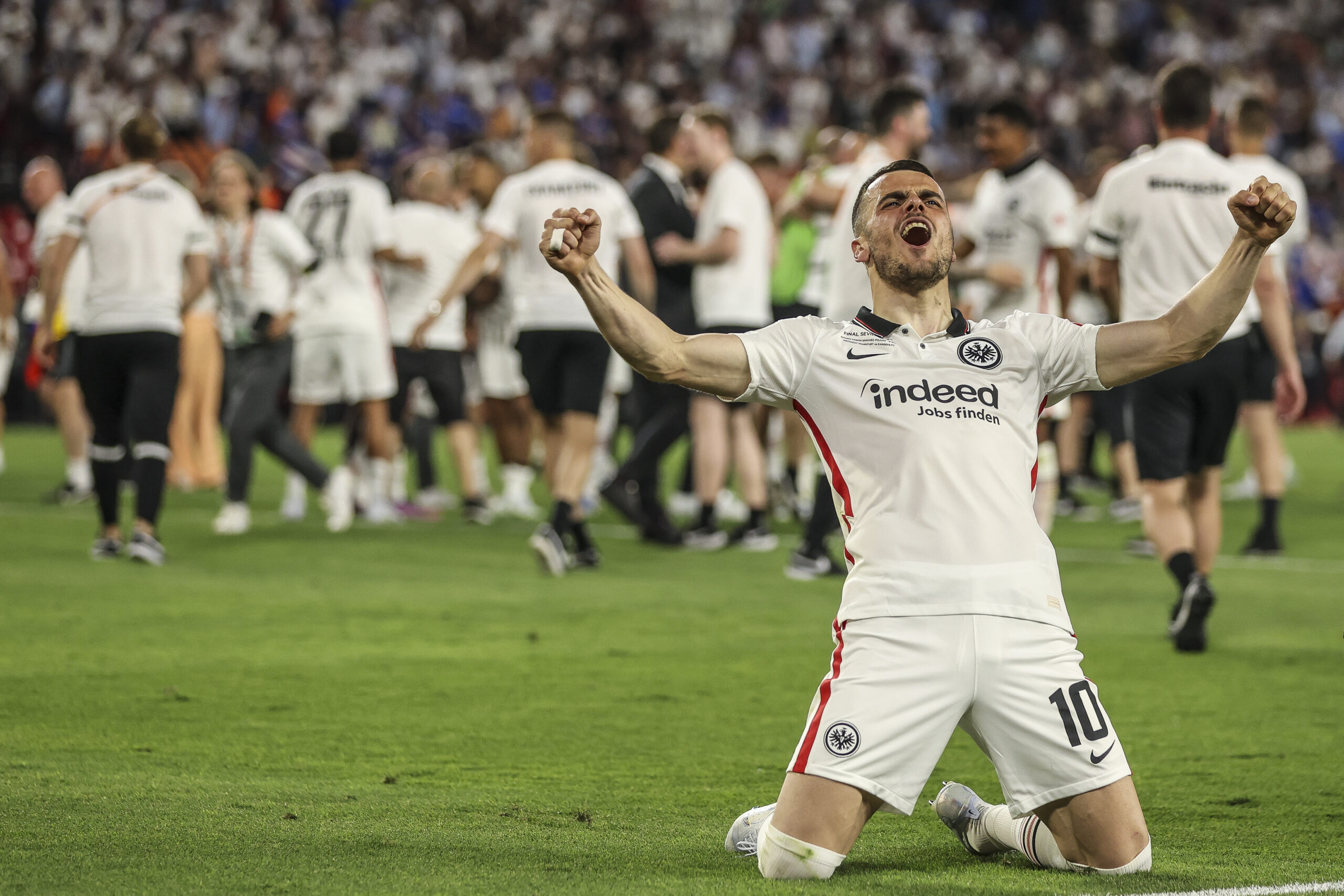 West Ham United are interested in making a move for Eintracht Frankfurt star Filip Kostic this summer, as per a report from the Guardian.

The Hammers were dealt a blow after their top target Jesse Lingard agreed to join newly promoted side Nottingham Forest on a free transfer. They are now set to focus on other targets.

Kostic, who can play as a left-winger and as a wing-back, has emerged as the latest target for David Moyes.

The Serbian enjoyed a stellar 2021/22 campaign with Frankfurt, playing a pivotal role in the Europa League triumph. He racked up a total of seven goals and 15 assists in all competitions, with his best performance coming against Barcelona at Camp Nou in the quarter-finals of UEL, where he scored twice and also provided an assist.

As a result, he remains a subject of transfer interest from top European clubs, with Serie A giants Juventus and Inter Milan reportedly keeping tabs on his situation.

Frankfurt, who nearly sold the Serb to Lazio last summer, are now open to letting him leave this time around as they want to avoid him leaving for free when his current deal expires in the summer of 2023.

The Eagles are expecting an offer of around €20m, with Moyes said to be impressed by Kostic’s performance when the German side defeated the Hammers in the Europa League semi-finals.

Even if they fail to land Broja, Hammers have identified an alternative in Sassuolo striker Gianluca Scamacca. They have reportedly made a proposal worth £34m to the Italian club.

Ligue 1 giants Paris Saint-Germain had been in talks to sign the Italian striker before Hammers overtook them in the transfer race.

In addition, Moyes also wants to shore up the attacking options by bringing in Blackburn Rovers’ Ben Brereton Diaz, who scored 22 times in the Championship last season.

Signing a left-back is also a priority as West Ham want to provide competition for Aaron Cresswell.

Leicester City’s Luke Thomas is a potential option, with the 21-year-old making a good impression over the last two seasons in the Premier League.