Darwin Nunez retaliates with a four-goal blitz against Leipzig, Klopp calls it a perfect night 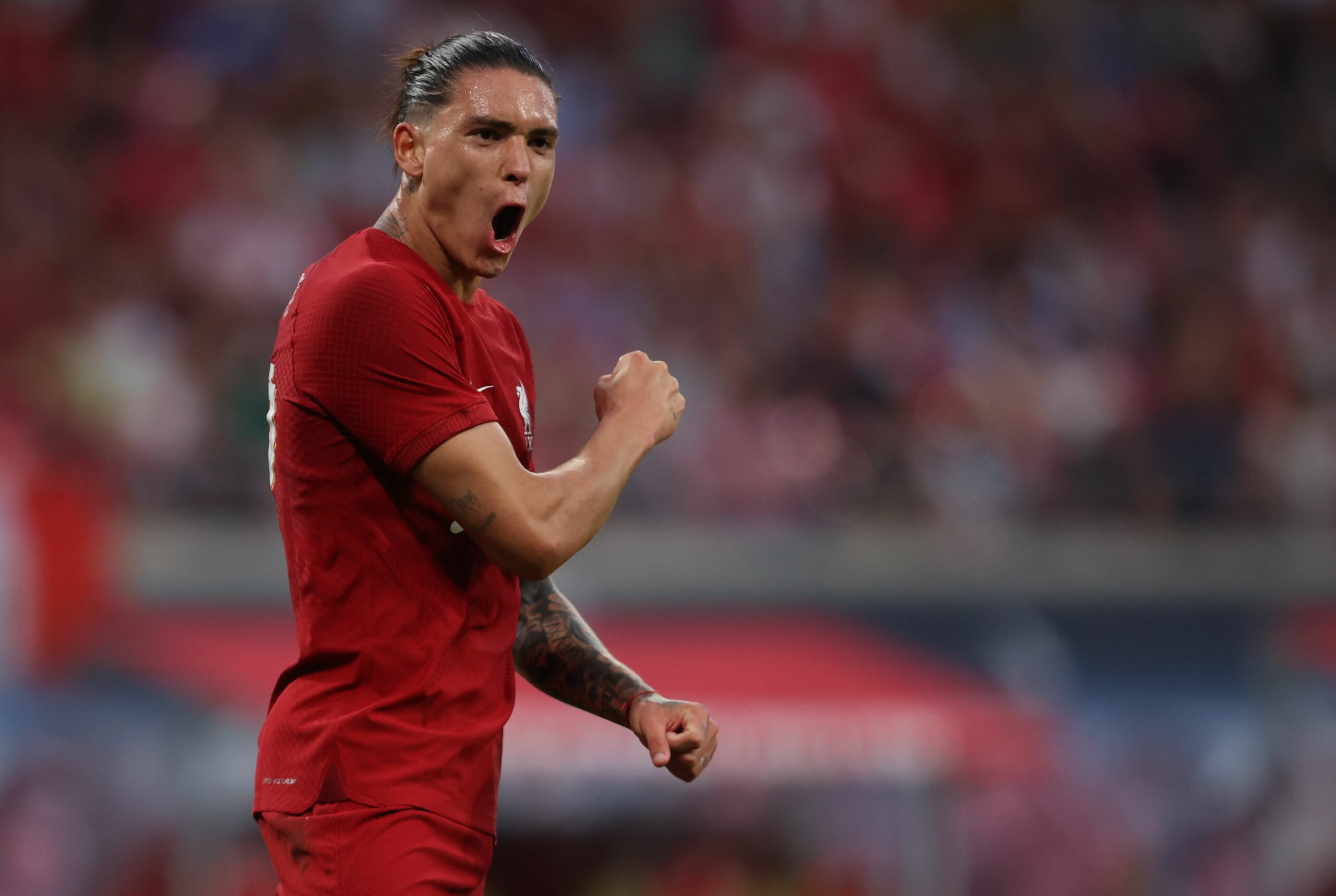 Darwin Nunez was off to a rocky start to his life at Liverpool following underwhelming displays against Manchester United and Crystal Palace in the pre-season.

The Uruguayan is one of the highly anticipated players in Europe following his record €100 million move to Anfield from Benfica. However, critics started to question whether he was worth the hype.

Nunez has proved them wrong by putting in a stunning display against RB Leipzig in the pre-season friendly, bagging four goals in the 5-0 win.

The 23-year-old offered the fans a sneak peek of what he might do in the upcoming season as he rattled the entire defence of Leipzig.

Jurgen Klopp was very much over the moon after witnessing Nunez’s performance, stating that it was a perfect night to prove his doubters wrong.

“We always think that if you pay a lot of money then the players feel no pressure or whatever.

“They are all completely normal human beings and the first touch is not perfect then all of a sudden.

“This generation of players read social media, which is really not smart, but they do. All of a sudden you get in a rush and these kinds of things.

“He’s a different striker to what we have or what we had, but he’s a really good one.

“That’s of course a perfect night for him.”

Liverpool youngsters Harvey Elliott and Fabio Carvalho were also impressive, with the duo providing an assist for Nunez.

The Merseysiders will be taking on RB Salzburg in their next pre-season friendly before the gigantic Community Shield clash against Manchester City.