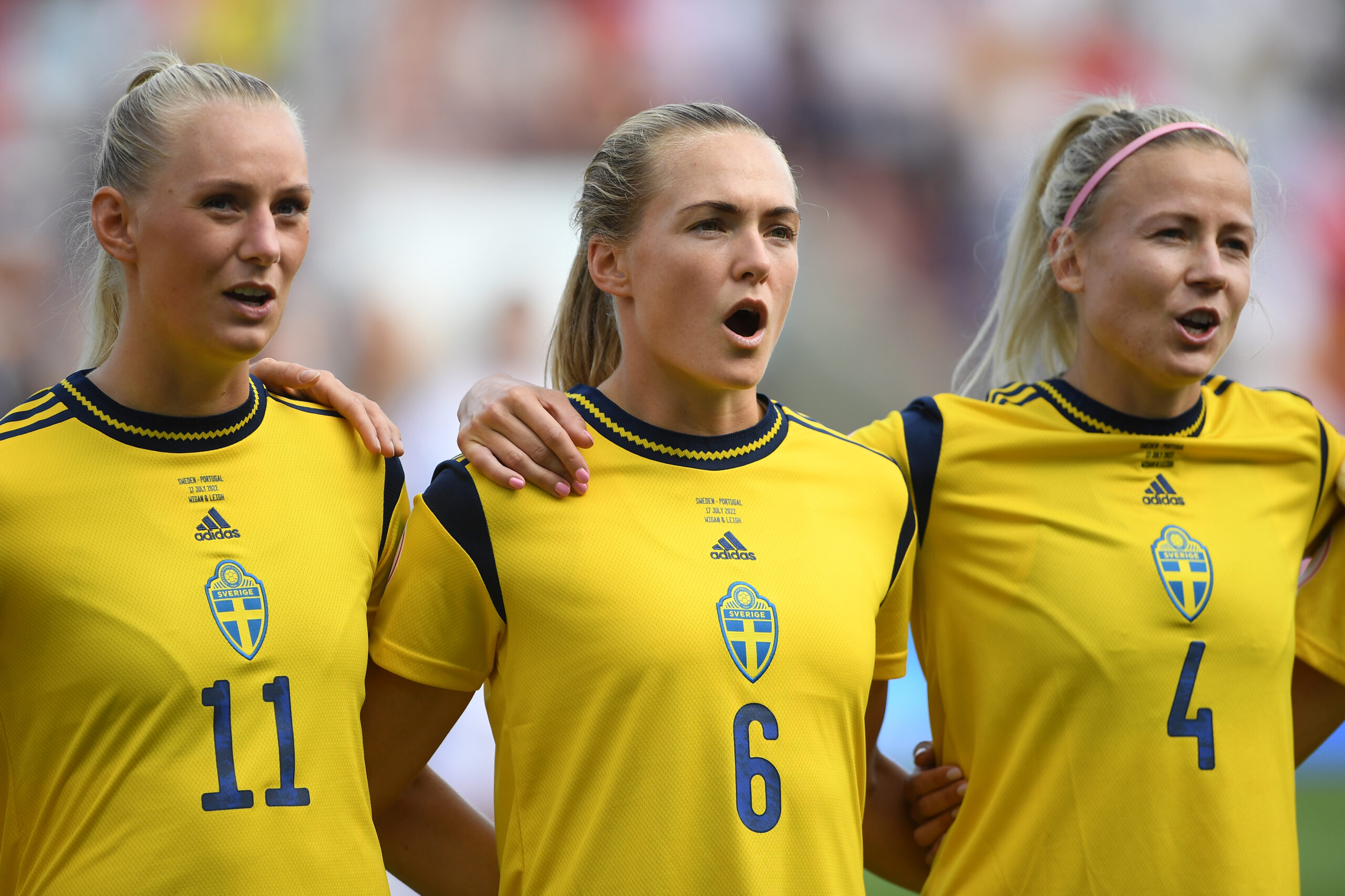 Leigh Sports Village is the venue as Sweden and Belgium lock horns in an exciting Women’s Euro 2022 quarter-final tie.

Seeking their first European Championships silverware since the maiden edition of the tournament in 1984, Sweden come into their seventh consecutive Euros knock-out appearance as Group C winners.

An emphatic 5-0 victory over Portugal on the final group stage matchday sealed the top spot in the section, helping the Blagult edge runners-up Netherlands on goal difference.

But after failing to negotiate their way past the European Championships quarter-finals twice in their last three attempts, Peter Gerhardsson’s side will take nothing for granted.

Despite heading into proceedings as odds-on favourites to reach the Euro semi-finals for the first time since 2013, Sweden can ill-afford to take Belgium lightly.

Ives Serneels’ ladies sneaked in a narrow 1-0 win over Italy on Matchday 3 to qualify for their first-ever Euro knock-out stages from the runner-up spot in Group D.

Belgium may have advanced to the Euro knock-outs at the second time of asking, yet other than beating the odds against Italy, their group stage performances flattered to deceive.

Following an evenly-contested 1-1 draw with the Netherlands in their Group C curtain-raiser, Sweden went from strength to strength against Switzerland and Portugal in the subsequent two group matches.

Gerhardsson’s team first squeezed past the Swiss 2-1 on Matchday 2 before putting on their most impressive tournament showing against Portugal, extending their unbeaten streak to 15 games (W13, D2).

The Scandinavians have history firmly on their side here, as their last Euro semi-final appearance on foreign soil came in England back in 2005.

With the odds heavily stacked against them, Belgium will be keen to defy their indifferent group stage record (W1, D1, L1) as they aim to stage an upset in Leigh.

However, the Belgian Red Flames have lost both previous competitive meetings with their Swedish counterparts, despite getting on the scoresheet on each occasion.

Manchester City star Filippa Angeldahl enjoyed herself in her previous outing at Leigh Sports Village as he fired in a first-half double to help Sweden put Portugal to the sword.

On the other hand, Hoffenheim midfielder Tine De Caigny lived up to her reputation as a quick-firing poacher, with her deadlock-breaker against Italy last time out sealing Belgium’s berth in the quarter-finals.

Scoring first would likely put this match-up beyond doubt for Sweden, whose last defeat at the Euro finals after opening the scoring dates back to 2001.

But even if they concede first, the Blagult should have enough character to turn things around after netting at least two goals in nine of their last 12 internationals.

With all due respect to Belgium’s impressive fighting spirit, we back Sweden to get to the semi-finals.