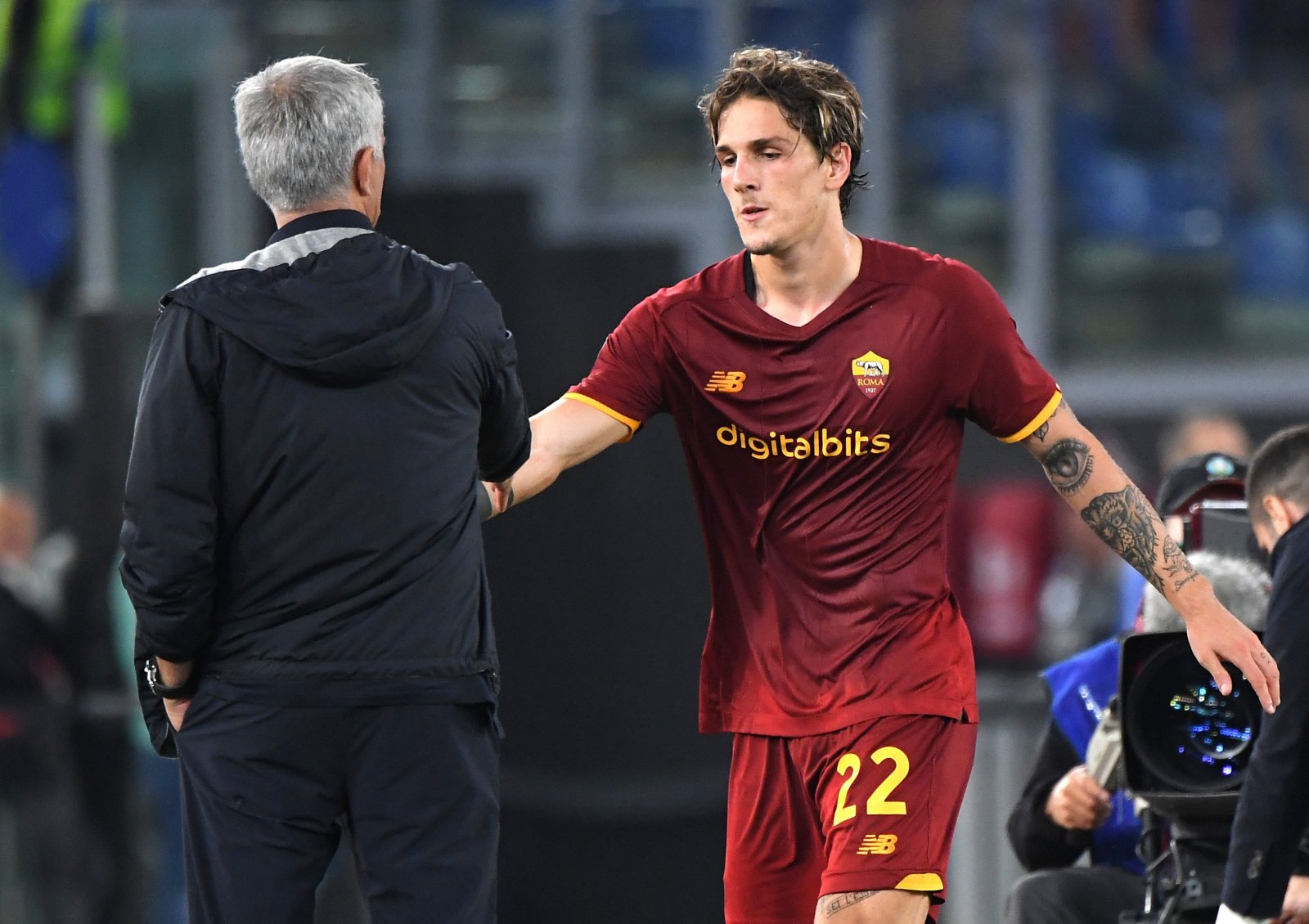 According to reports from Calciomercato, Tottenham Hotspur sporting director Fabio Paratici is in Italy to discuss a transfer for AS Roma’s Nicolo Zaniolo.

The Italian outlet claims the 23-year-old attacker is a target for Antonio Conte this summer. Paratici brought Rodrigo Bentacur, Ivan Perisic, Cristian Romero and Dejan Kulusevski from Serie A and could dip back into the Italian market for more reinforcements.

Conte likes new signings. The manager has already signed six new players as Tottenham bid to compete on more fronts, but he wants more. The Italian is a born winner. He wants a team that can challenge for titles. Additional capital from ENIC has loosened the purse strings for the signings. Paratici and Conte are now moving to close deals for targets.

The article does mention that Tottenham need to sell first before they can make any more moves. They have already sold Steven Bergwijn to Ajax and could free up more funds by selling Lucas Moura and Tanguy Ndombele. The former is a serviceable player, but Conte wants more than serviceable performances. A loan to Lyon did not help Ndombele as his struggles continued in France.

Tottenham will try to sell both players to free up space and funds for any Zaniolo deal. His two knee injuries have halted his development, but the raw talent and determination remains. Since moving from Inter Milan four years ago, he has made his name as a top talent and, despite inconsistencies, there is a chance for him to fulfil his potential.

After missing all of the 2020/21 season, Zaniolo returned in the last campaign and played 42 games. He scored eight goals and assisted six more. He scored the goal that won Jose Mourinho’s side the Europa Conference League.

If Spurs sign him, he will operate off the right side of Conte’s famous 3-4-2-1 formation. He will be competing for a spot with Kulusevski. Zaniolo is more than capable of pushing for a starting spot, and Conte’s ability to rejuvenate players could help him reach the heights he seemed destined for.