Do Chelsea & Bayern need an elite striker, and who can they sign? 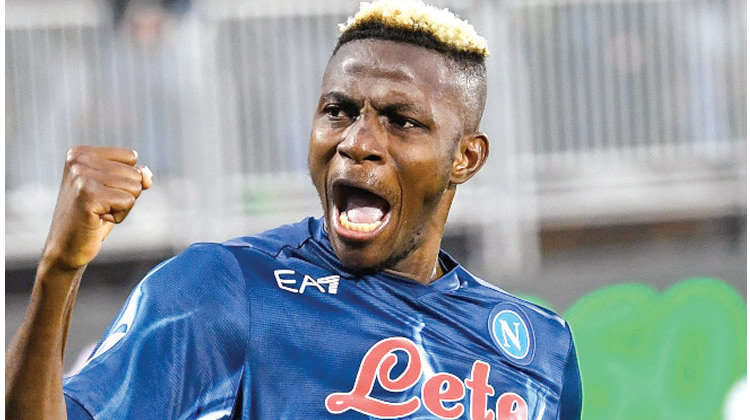 The use of a number nine as a central figure is a style that top managers around the world have learned to live without.

Thomas Tuchel won the Champions League in his maiden campaign with Chelsea without having a top nine to rely on.

Kai Havertz took up the false nine role and thrived in it. He scored the only goal of the final in Porto to ensure the trophy returned to London after nine years. The German may not be reliable enough to lead the line, but with the signing of more firepower around him, he would do just fine.

Bayern Munich have rarely had to line up without Robert Lewandowski, as the Pole’s durability is one of his many standout qualities. However, when he was out injured, the likes of Thomas Muller, Serge Gnabry, and Leroy Sane stepped up to provide the goals.

Julian Naglesmann may prefer the idea of a centre forward as he did in his time at RB Leipzig when he paired Timo Werner and Yussuf Poulsen up front. However, with the amount of firepower the Bavarians boast on the flanks, especially with the acquisition of Sadio Mane, the absence of a recognised centre-forward may not be so obvious.

Potential Targets for the Future

Lukaku returned to Inter Milan after his fairytale return to London was tainted by an interview with Sky Italia where the Belgian declared his love for the Italian outfit. He fell out of favour with the manager, the fans, and the club before securing a loan move back to San Siro.

After 344 goals in 375 games across eight trophy-laden seasons, Lewandowski has said his goodbyes to Bayern. His relationship with Die Roten took a wrong turn towards the end of last season. The Pole clamoured for an exit after rejecting contract renewal proposals. He wanted a move to Barcelona.

With a year left on his current deal, Bayern rejected two bids from the Spanish side. They were forced to accept Barcelona’s final proposal as it matched their demands.

Despite resistance from the Bundesliga champions, they ultimately ceded defeat as the 33-year-old signed a three-year deal with Barca in a £38 million deal. A further £4 million would also be paid in add-ons.

With both European giants losing top strikers, they would be in the market for attacking reinforcements. Chelsea have signed Raheem Sterling from Manchester City for £47.5m. While Bayern snapped up Sadio Mane from Liverpool in a deal worth £35m. However, here are five strikers both clubs could potentially target for the future.

The Englishman is often linked with a move away from Tottenham Hotspur. He looked destined to leave after the club sacked Jose Mourinho, but the appointment of Antonio Conte stayed his decision. However, with only a year left on his contract, several of Europe’s elite, including Bayern and rivals Chelsea, will be monitoring his situation closely.

Bayern sporting director Oliver Kahn recently explained in an interview with Bild that the Bavarians admire the 28-year-old. “He is under contract with Tottenham, but he is one of the best strikers out there, and he is a dream for our future. Now we have to see how to put the team together for the current season, so we will see what happens.”

Chelsea boss Thomas Tuchel also confirmed Chelsea’s interest in Kane last summer, but a move never materialised. “We never had a list with his name on it, and I never went to Marina to tell her to buy him,” Tuchel said. “But the club sorted out the situation. There are many people around the players. Their agents and advisors and people in between, and we had some information from these people, but it was never that close.”

Bayern and Chelsea were not the only clubs trying to sign Kane, with Manchester City also hot on his heels. However, with Daniel Levy asking for £150 million last summer, the Premier League champions decided to pursue their interest in Erling Braut Haaland instead. The Norwegian joined the club this summer after City triggered his release clause from Borussia Dortmund.

Kane has always been very clear about his desire to win silverware given his talent. He is yet to do so at Spurs. One more trophyless season could play into the hands of Bayern and Chelsea.

Napoli striker Victor Osimhen is one of the hottest names circulating the transfer window. The Nigerian joined Napoli from Lille in a club-record £64m deal in 2020. He has enjoyed success with the Neapolitans over the last two years scoring 28 goals and assisting nine in 62 games.

Several clubs have registered interest in the 23-year-old international, including Bayern Munich. However, Napoli considers the former U17 world cup champion untouchable.

With three years left on his contract, the Serie A side are not keen on letting their most valuable asset leave unless they receive an astronomical offer. A fee of around £85m would be enough for the Gli Azzurri to consider a sale.

Despite making a formal inquiry into the availability of the striker, Bayern have refused to match the price tag. Arsenal were one of the teams interested, but the Gunners opted to sign Gabriel Jesus from rivals Manchester City. Chelsea is also interested, but it is highly unlikely they will be willing to shell out such an enormous amount to sign another striker after the Lukaku saga.

Osimhen, often touted as the next Didier Drogba, is one of the most in-demand players in Europe. However, with a huge price tag hanging over his head, staying at the Diego Maradona Stadium seems more likely.

The Argentine hitman has been linked with a move away from Inter Milan despite the club insisting he is not for sale. He registered 25 goals and four assists last season as the Nerazzurri narrowly lost out on retaining their Serie A title to city rivals AC Milan. They finished in second place, two points behind the league winners.

Bayern and Chelsea have been credited with an interest in the 24-year-old, but Inter is playing hardball. Having been reunited with his former strike partner in Lukaku, Martinez may not be keen on a move. His agent Alejandro Camano has reiterated his desire to stay in Italy despite interest from elsewhere.

“We are not depending on a transfer,” he said. “He is at Inter, he is happy, the city is wonderful. Sometimes the press publishes things about a transfer, but Lautaro is thinking about Inter, giving the people of Inter joy, becoming champions, and working for the World Cup.”

Martinez signed a new deal keeping him at the club until 2026. Inter would not accept a fee less than £68m for his signature.

With 16 goals in 36 games (25 starts) for Sassuolo last season, Gianluca Scamacca is another hotshot that has caught the eye of some of Europe’s elite, including Bayern and Chelsea.

The dazzling 23-year-old striker impressed in his outings, showing the qualities of a complete striker. His all-round gameplay is well suited for an attacking team.

He has decent dribbling skills, good pace, and standing at 6’5 means he is a constant threat in the air. The Italian is said to have impressed Arsenal’s technical director Edu, and the Gunners may be considering a deal. Scamacca only signed a new contract in April, but a fee of around £35m would be enough to tempt the Neroverdi into a sale.

Italy boss Roberto Mancini is a huge fan of the forward and is one of those praising his talents. “He has everything to become a very, very good centre-forward,” he said. “He’s fast, powerful, and technical. He can still improve, he can become a really great striker.”

Scamacca has also been linked with moves to Paris Saint Germain and West Ham. Several reports claim the Paris club had initially agreed on personal terms with the striker but refused to match Sassuolo’s valuations. West Ham are now in pole position with reports claiming they are only a few details away from completing a deal worth £39.6 million.

After graduating from the Gent academy, the Canadian enjoyed two years with the Belgium side scoring 37 goals and providing 15 assists in 82 games. He then signed for LOSC Lille in 2020. David played a pivotal role in his first season with the French outfit.

He registered 13 goals and two assists in 37 games (29 starts) as Christophe Galtier’s side raced to the Ligue 1 title. Although his team failed to build on their title-winning season, David managed to rack up 15 goals in 38 games last season.

The 22-year-old scored nine goals as Canada reached the World Cup finals for the first time since 1986. David’s impressive form has not gone under the radar, with several European clubs registering interest, including Bayern and Chelsea.

Lille are not in a hurry to sell their star man as he has three years left on his current deal. But a move away from France cannot be ruled out as Bayern and Chelsea may regard him as a realistic option.