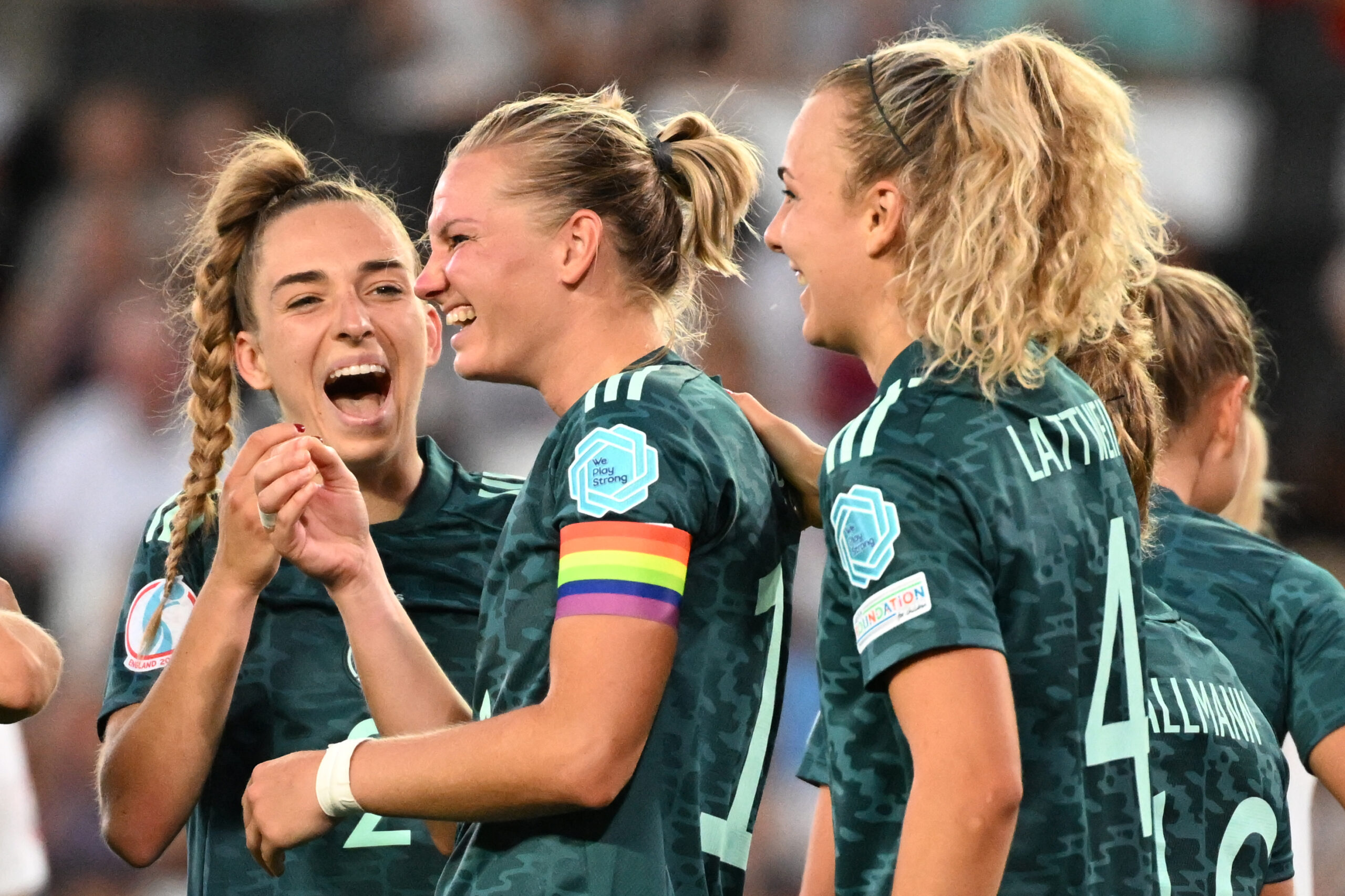 Brentford Community Stadium is the venue as Germany and Austria go head-to-head in the Women’s Euro 2020 quarter-final tie.

After breezing past Group B with a 100% record, Die Nationalelf will turn on a confident mood as they aim to avoid suffering back-to-back quarter-final exits at the European Championships.

With their eyes firmly set on lifting their first European Championships crown since 2013, eight-time European champions Germany head into proceedings as odds-on favourites to oust Austria.

Unlike FIFA’s #5-ranked nation, Irene Fuhrmann’s side experienced a topsy-turvy group stage campaign, which required them to overcome an underwhelming start.

Austria fell to a narrow 1-0 defeat to England in their Group A curtain-raiser, but they bounced back to win their subsequent two group matches ‘to nil.’

In their second European Championships appearance, they have exceeded every expectation despite entering this clash with the odds firmly stacked against them.

Inspired by an eye-catching run of four international triumphs without conceding, Germany will be looking to maintain their 100% win ratio against their Austrian counterparts (W2).

But despite beating Austria by a two-goal margin in both previous H2Hs, none of those victories yielded a clean sheet, meaning their impressive defensive record at the tournament could come under threat.

After scoring at least two goals in their last six international outings, a potential failed attempt to register a shutout may not necessarily dent their hopes of reaching the semi-finals.

Austria’s solitary defeat at the Women’s Euro 2020 came at the hands of an England side that racked up 13 goals in the two remaining Group A fixtures, suggesting a 1-0 reverse was not that bad after all.

Fuhrmann’s girls have since shown the kind of defensive resilience in the two subsequent Euro outings that will need to be at full display in London if they were to beat the odds and go through.

However, the last time Austria came out on top of an international match against a current top-ten FIFA-ranked UEFA nation was five years ago as they squeezed past Spain via penalties at the Women’s Euro 2017.

Long-serving Germany’s captain Alexandra Popp excelled in the group stages, notching up a joint-high three goals as she seeks her first Euro crown.

On the other hand, Austria will put their hopes into the hands of Nicole Billa, who won the Women’s Footballer of the Year award in Germany in 2021 as a Hoffenheim player.

It will take nothing short of a once-in-a-lifetime upset to get Austria past Germany, yet there is a reason for optimism in the Austrian camp.

Die Nationalelf flying out of the traps and breaking the deadlock before half-time, as they did in all three Group B games, could take that enthusiasm away from Fuhrmann’s side.

We back Germany to claim another landslide victory and pick up where they left off in the group stages.