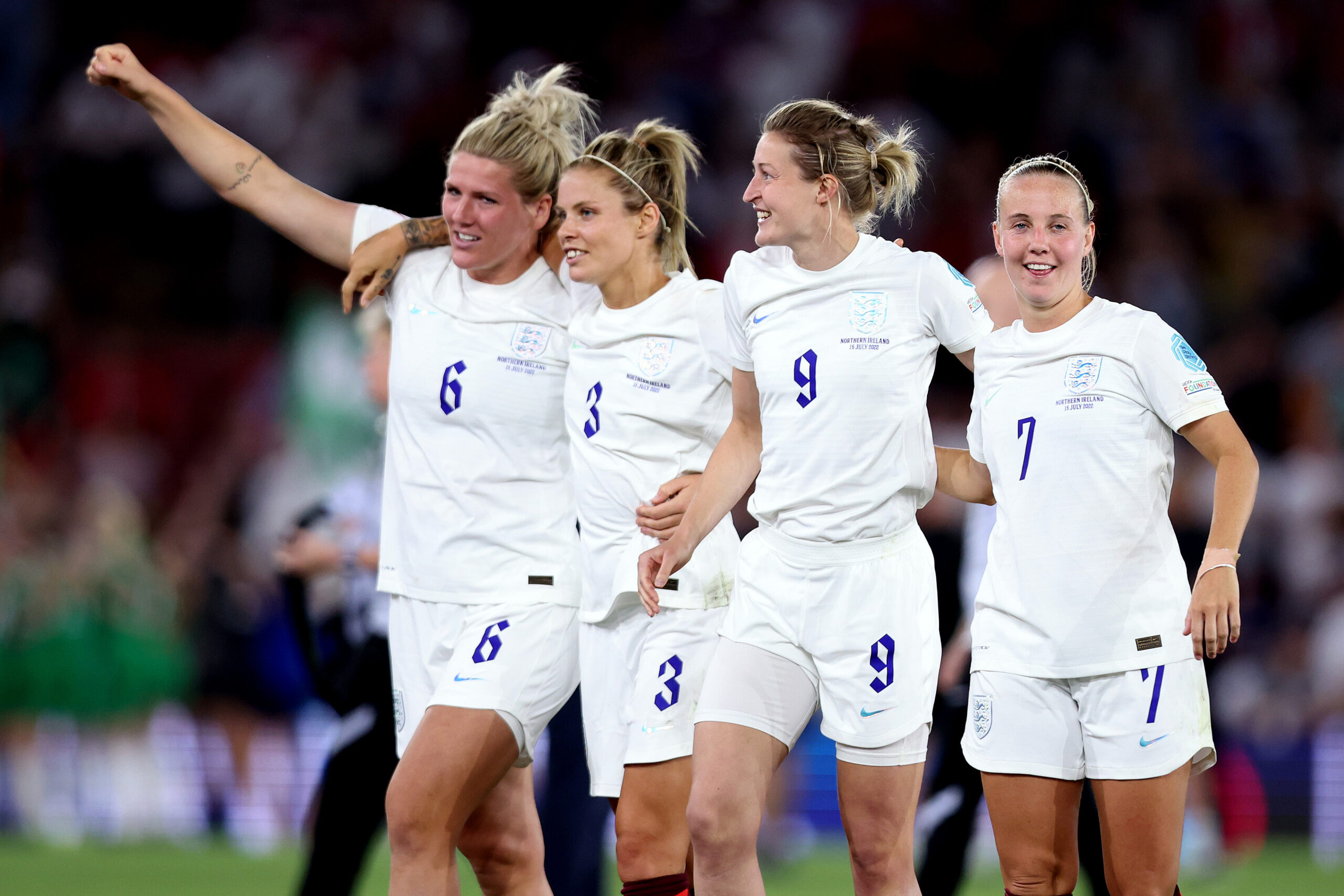 The two pre-tournament favourites are set to trade tackles in a blockbuster fixture that could provide the next Women’s Euro champion on Wednesday.

Sarina Wiegman’s Lionesses made light work of their group stage journey, racking up all three victories over Austria, Norway and Northern Ireland to reach the Euros quarter-finals for the second time on the bounce.

In doing so, they scored an all-time Euro high 14 group stage goals without conceding a single goal, highlighting their ambition to win their first-ever European Championships trophy.

On the other hand, Spain survived a group stage nightmare as they had to wait until the final moments of their Matchday 3 showdown against Denmark to book their place in the knock-out stages.

Avoiding defeat against Lars Sondergaard’s side would have sufficed for a runner-up finish behind section-juggernauts Germany, yet Spain made sure to boost their confidence ahead of this encounter.

England got their Women’s Euro 2022 adventure off to a flying start, beating Austria 1-0 in their Group A curtain-raiser before pulling off a couple of overwhelming triumphs in the two subsequent group matches.

Including their high-flying pre-tournament form, the Lionesses have won their last nine international fixtures by an aggregate score of 44-2, netting 3+ goals in eight.

England’s stellar spell of form shows why many consider them the leading candidates to lift the trophy this summer.

And with Wiegman’s side firing on all cylinders, it is hard to make a case for Women’s Euro 2017 semi-finalists not to reach a Wembley Stadium showpiece.

Spain enjoyed an inspiring start to their Group B campaign, courtesy of an emphatic come-from-behind 4-1 triumph over Finland.

However, they slipped to a comfortable 2-0 defeat to Germany on Matchday 2, leading to the abovementioned high-octane group stage finale against Denmark.

Back on track following a rare failure, La Roja will show up at the Amex Stadium in high spirits, having only lost once in their last 26 international fixtures (W21, D4).

Spain will draw more confidence from their recent H2H record against England, as they have kept Wiegman’s side at bay in both previous match-ups (W1, D1).

Arsenal forward Beth Mead has been nothing short of outstanding at the tournament thus far, as she currently tops the scoring leaderboard with five goals.

As for Spain, Mariona Caldentey is the only Spanish player with 2+ goal contributions at Women’s Euro 2022, taking her tally to five goal involvements in her last five outings.

Spain’s last two European Championships appearances have ended in the quarter-finals, and bucking that trend looks far-fetched in Brighton.

England’s out-of-this-world group stage showings suggest they should have no problems negotiating their way into the semi-finals for the second Euros in a row.