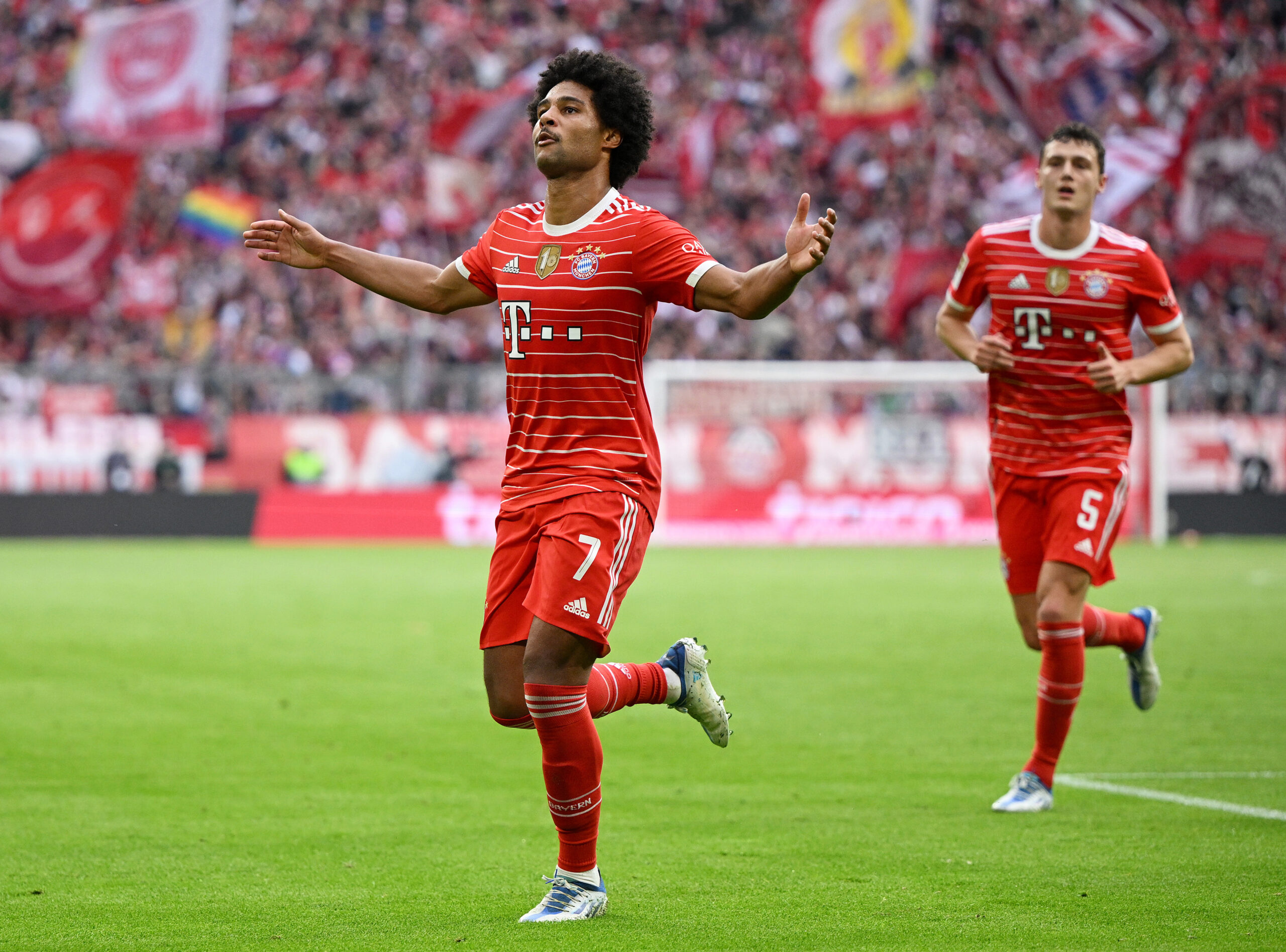 Serge Gnabry has committed his future to Bayern Munich by putting pen to paper on a new four-year contract, according to Fabrizio Romano.

The 27-year-old, whose current deal expires next summer, has been linked with several top clubs across Europe, including La Liga champions Real Madrid and the Premier League duo of Chelsea and Manchester City.

The London club reportedly identified the versatile forward as a potential summer target after falling short in their bid to snap up Raphinha from Leeds United.

While Gnabry’s future remained up in the air, reports from Germany revealed that he was keen to remain with the Bavarians, ruling out a potential return to the Premier League.

The former Arsenal man has now committed his future to Julian Nagelsmann’s side by signing a new four-year contract to see him remain at the Allianz Arena until 2026.

Having initially joined Bayern Munich in 2017, Serge Gnabry spent the 2017-18 campaign on loan with Hoffenheim, where he registered 15 goal involvements in 34 appearances.

He hit the ground running on his return a year later, scoring 10 goals and registering five assists in 30 league appearances to help the Munich outfit cruise to the Bundesliga title.

Gnabry has been a mainstay in Bayern, making 171 appearances since his arrival from Werder Bremen and helping them to one Champions League crown, four league titles and the DFB Pokal on two occasions.

He has also been a key figure in attack for the German national team, where he has scored 24 goals and provided seven assists in 34 outings since his debut in 2016.