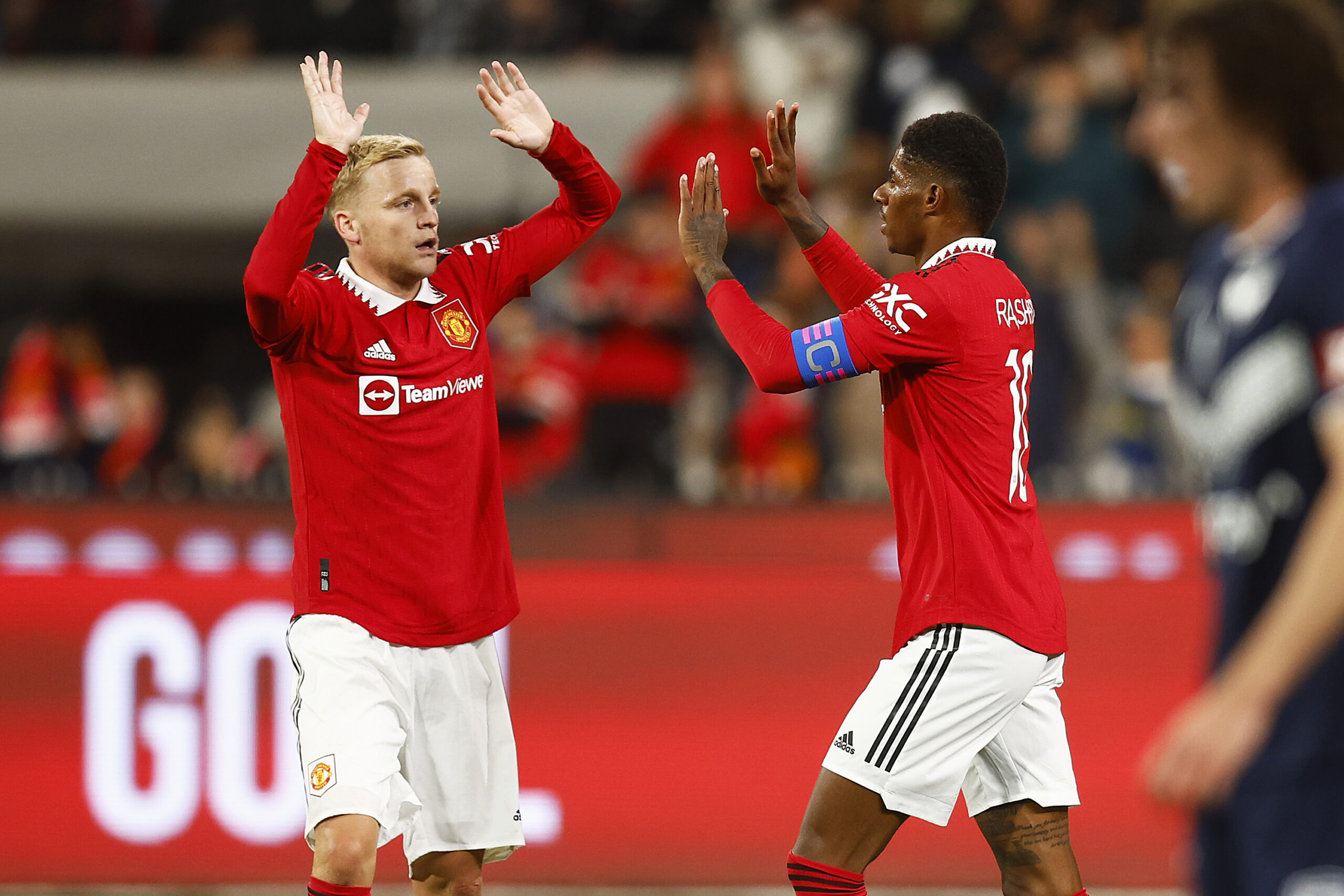 Manchester United came from behind to beat A-League team Melbourne Victory 4-1 at the Melbourne Cricket Ground in their second pre-season friendly.

Ben Folami sprinted down the right-hand side behind the back of Luke Shaw to set up Christopher Ikonomidis on a silver platter only five minutes into the game.

The Red Devils did well to rally their troops in no time and take control of the possession, keeping the A-League side deep inside their own territory for a large part of the opening 30 minutes.

But despite enjoying 75% of the ball, United failed to create many clear-cut opportunities as Scott McTominay saw a couple of his close-range attempts deflected off for a corner.

Bruno Fernandes came close to drawing the Premier League giants level midway through the first half, yet Melbourne goalkeeper Paul Izzo came up massive to thwart him in a one-on-one situation.

Continuous pressure paid dividends in the final moments of the first half, with Man United turning the game on its head in less than five minutes.

McTominay’s hail Mary effort from outside the box took an awkward bounce off the defender’s leg, leaving Izzo without a chance as the Red Devils restored parity in the 43rd minute.

After scoring on ten Hag’s touchline debut against Liverpool last time out, Anthony Martial struck his second pre-season goal in as many games.

Jadon Sancho eluded his marker with fancy footwork to set up Anthony Elanga, whose sloppy first touch took a fortunate deflection, helping Martial complete the turnaround from point-blank range on the stroke of half-time.

Even though most of the players to take on Melbourne beyond half-time were the Old Trafford academy graduates, nothing changed on the pitch.

Like it was the case in the first half, ten Hag refused to give up his philosophy of keeping possession and moving the ball around with patience.

Composure on the ball, quick movements into the channels and intense high press highlighted a high-octane second-half orchestrated by the Red Devils’ kids.

However, senior Man United stars Eric Bailly and Marcus Rashford stepped on to put the encounter beyond doubt in the 78th minute, when it looked like Melbourne could pounce on several misplaced passes.

After a couple of epic blunders, the Ivorian defender decided to take the matter into his own hands and move the ball from the back before delivering a pinpoint assist to Rashford.

The English forward’s first touch was sublime to set himself one-on-one with the keeper, but the finish was as cool as you like, with United going 3-1 up.

Tahith Chong, who enjoyed a decent season-long loan at Birmingham City last term, breezed past his guard to force an unfortunate own goal from Edmond Lupancu in the dying moments.

Later stages of play witnessed former Man United talisman Luis Nani introduce himself to the Melbourne Cricket Ground after joining the club from Italian outfit Venezia in the summer.

Ten Hag’s side will rest for four days before clashing against Crystal Palace on July 19.