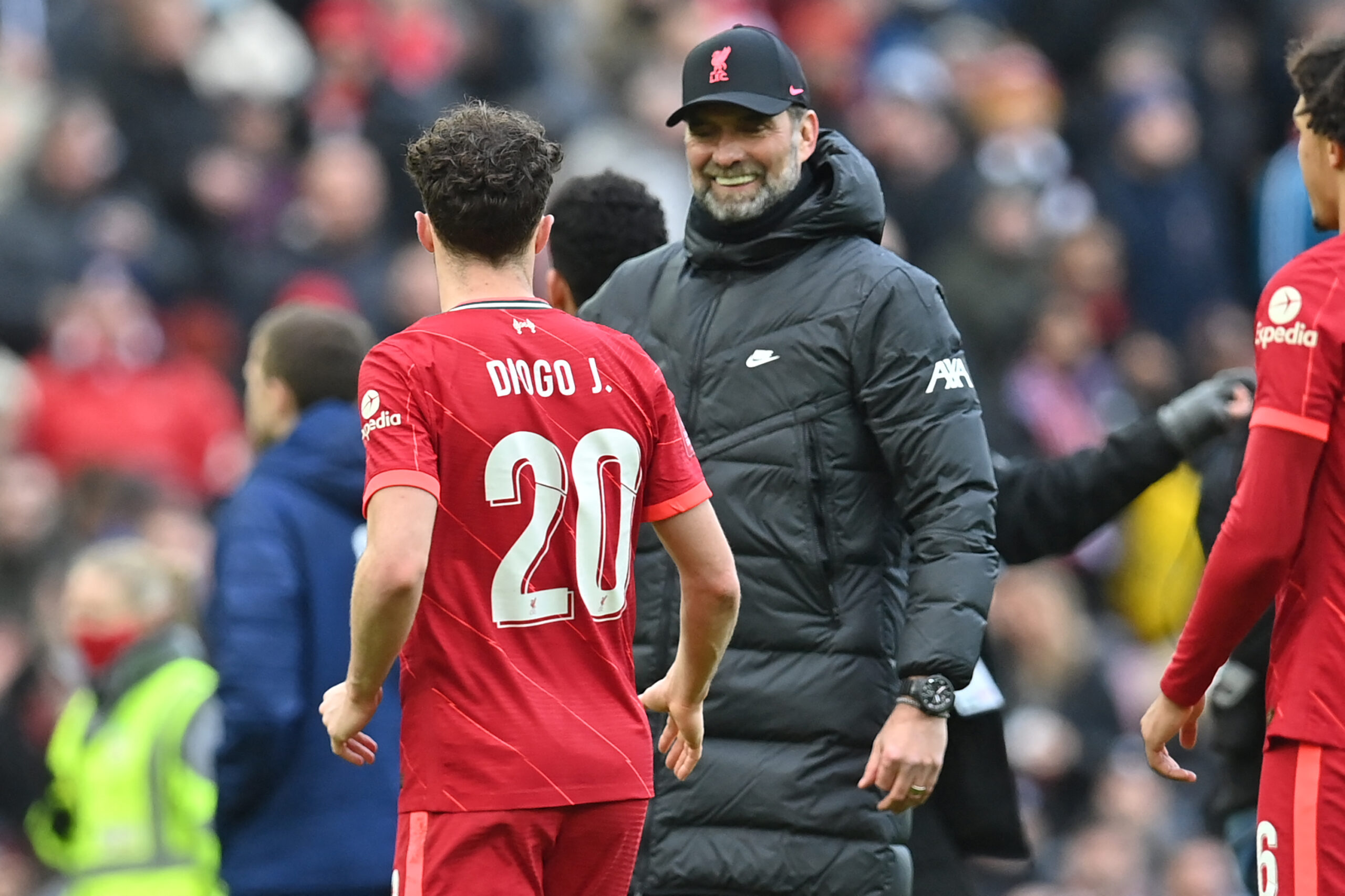 Liverpool boss Jurgen Klopp delivered a couple of worrying injury updates in the build-up to his side’s pre-season friendly against Crystal Palace.

Last season’s Premier League runners-up succumbed to an embarrassing 4-0 defeat to bitter rivals Manchester United in their opening summer fixture in Thailand a few days ago.

Diogo Jota, who had a stellar 2021/22 season, had to skip the Bangkok showpiece due to an injury he sustained while on international duty with Portugal last month.

According to Klopp, the quicksilver forward returned to full training on Wednesday but only to make things worse, as he faces an extended spell on the sidelines.

The German tactician suspects Jota may have worsened his fitness problem during his first training season with Liverpool on Australian soil.

“So, Diogo is unlucky. Diogo was not involved [against United] because of an injury he got at the end of his season,” Klopp told the club’s website ahead of the Reds’ clash against Palace at Singapore National Stadium.

“He trained yesterday fully and got injured again, so that’s really not cool but we have to wait for the results. He had further assessment this morning so we have to see.”

Klopp poured more gasoline on the fire by revealing that Jota could have suffered further damage to his hamstring.

The former Wolverhampton Wanderers star may not be the only notable absentee against Patrick Vieira’s side.

First-choice goalkeeper Alisson Becker also has a question mark hovering above his head as he stares at the prospect of missing out on the rest of Liverpool’s pre-season programme in Australia.

“Ali was not 100 per cent, he finished the session earlier, was doing the warming up and felt something so now there we have to wait as well,” Klopp stated.

“I think pretty much all the others are fine, so that’s it.”

Unlike Jota, the highly-rated keeper was between the sticks against Man United in Bangkok, conceding three times before being replaced by Adrian at half-time.

With Alisson working on recovering to full fitness, Klopp may well reach out to backup shot-stopper Adrian, who had a decent game against the Red Devils, to fill the vacancy.

The Spaniard played understudy to the 29-year-old Brazilian last season, though it’s fair to admit that he often failed to live up to the billing when called into action.

Following Thursday’s match-up in Singapore, Liverpool will head back to Europe to meet RB Leipzig and Red Bull Salzburg in the remaining 2022-23 pre-season fixtures.

Klopp’s side will first travel to the Red Bull Arena to lock horns with the Bundesliga heavyweights on July 21 before flying out to Austria to take on Salzburg on July 27.

While Alisson should be back in time to reunite with his teammates for the upcoming clashes against Red Bull outfits, Jota’s availability remains up in the air.

On the bright side, Harvey Elliott, who missed the majority of last season with an injury, is back to the fold to fill the Portuguese ace’s shoes during the off-season.