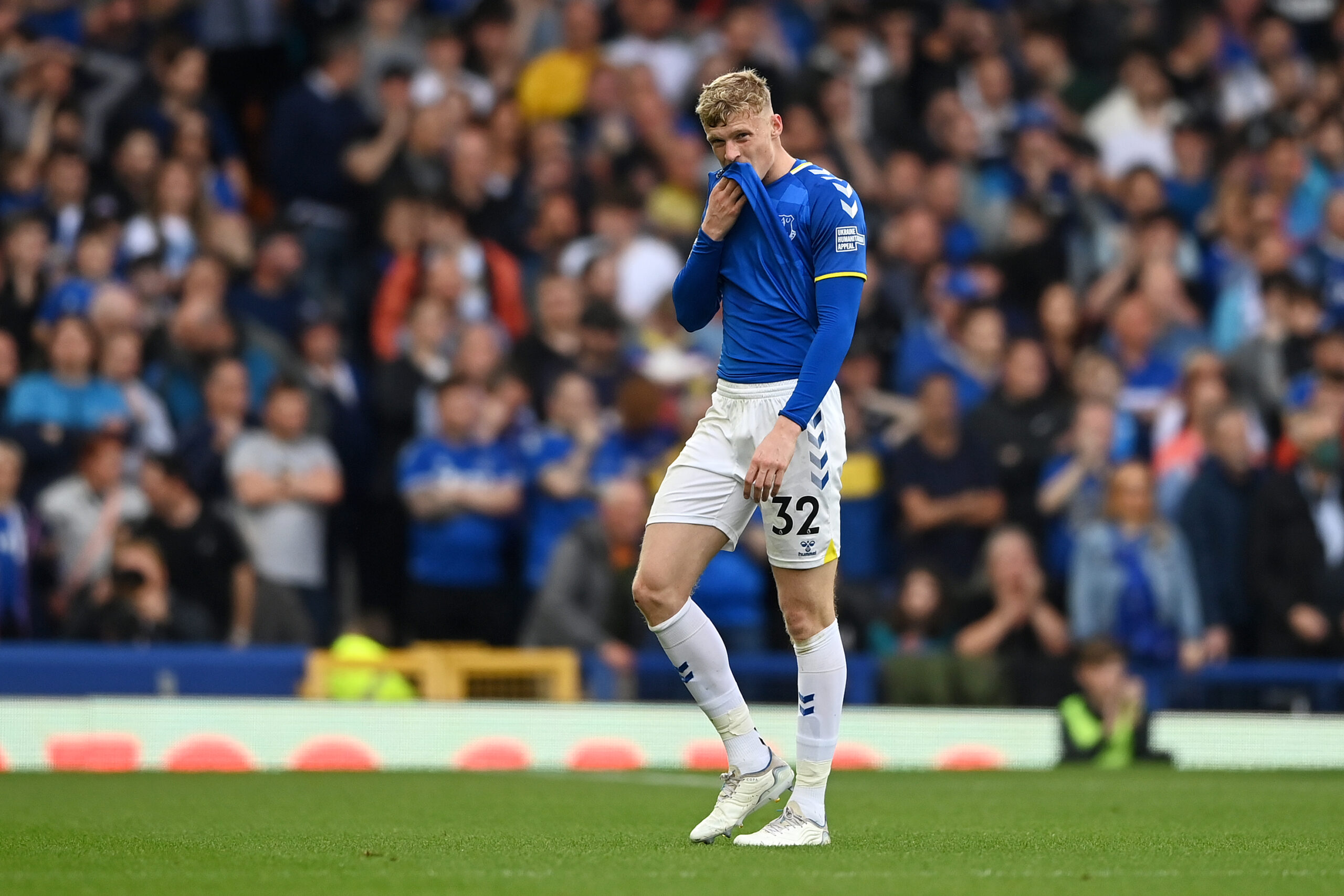 Everton’s Jarrad Branthwaite will join Eredivisie side PSV Eindhoven for the 2022-23 season, according to The Guardian.

It is said that the Toffees’ ex-director of football Marcel Brands, who is currently working at PSV, is a huge admirer of the 20-year-old.

The Peasants fell two points short of Ajax in the title race, with their defensive issues one of the main reasons for their finishing second in the table. PSV conceded 42 goals last season compared to their rivals’ 19.

The Dutch outfit want to bolster their defensive ranks this summer by signing the talented centre-back.

Loan move is better than warming the bench at Everton

Jarrad Branthwaite started his senior career at Carlisle United before landing a move to Everton in 2020. He has since made 13 appearances across all competitions at Goodison Park, with a goal to his name.

He was loaned out to Championship side Blackburn Rovers for the second half of the 2020-21 season but an ankle injury prematurely ended his spell at Ewood Park.

The 20-year-old struggled for football action in Merseyside last season, with Ben Godfrey, Mason Holgate, Yerry Mina and Michael Keane all ahead of him in the pecking order.

The English footballer is only 20, so he has plenty of time to improve his game. And if he manages to impress in the Netherlands, then opportunities can open up for him at Goodison Park.

However, it is important for his development that he plays regular football at this stage of his career. And if he is unlikely to get that at Everton now, it is better that he moves to the Eredivisie where the emphasis on technique and potential for regular playing time will help improve the player and benefit Everton in the long run.