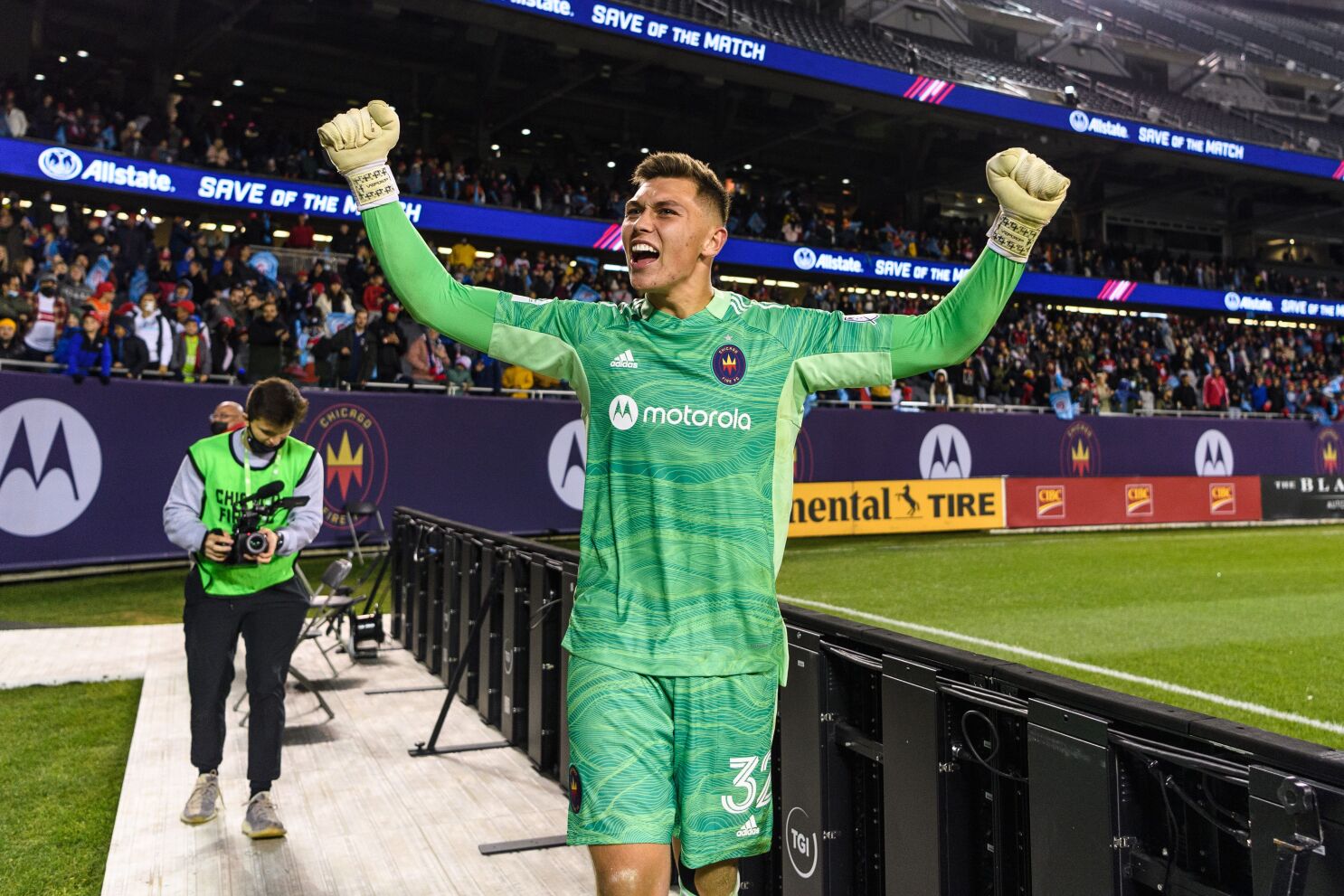 Per the report, Thomas Tuchel’s side are set to table a potential €10 million bid for the 18-year-old, who will remain with the MLS outfit on loan.

Slonina has risen through the ranks to become one of the hottest prospects on the market, with clubs like Wolverhampton Wanderers, Chelsea and Real Madrid linked with the teenager.

The Blues, who are long-term admirers of the teenager, were reportedly front-runners to secure his services, but their interest cooled earlier this year following the club’s sanction.

This put Real Madrid in pole position for his signature before the Spanish giants opted against a move as they failed to meet Chicago Fire’s valuation of their prized asset.

However, with the change in ownership at the club, Chelsea are now fully operational in the transfer market and have rekindled their interest in Gabriel Slonina.

Reports claim the North Londoners are now on the cusp of snapping up the 18-year-old after both parties recently reached an agreement on personal terms.

Slonina’s agent Jaime Garcia is said to have informed Chicago Fire about the USMT goalkeeper’s agreement with the Premier League side, who are now readying a potential €10m bid.

With Edouard Mendy and Kepa Arrizabalaga cementing the first two starting roles at Stamford Bridge, Slonina will be sent back on loan to the MLS side for the foreseeable future.

Slonina broke into the Fire senior team last season when he made 11 appearances as the Soldier Field outfit secured a 12th-placed finish in the Eastern Conference.

He has started each of the 20 league games this season, keeping eight clean sheets and conceding 27 goals.