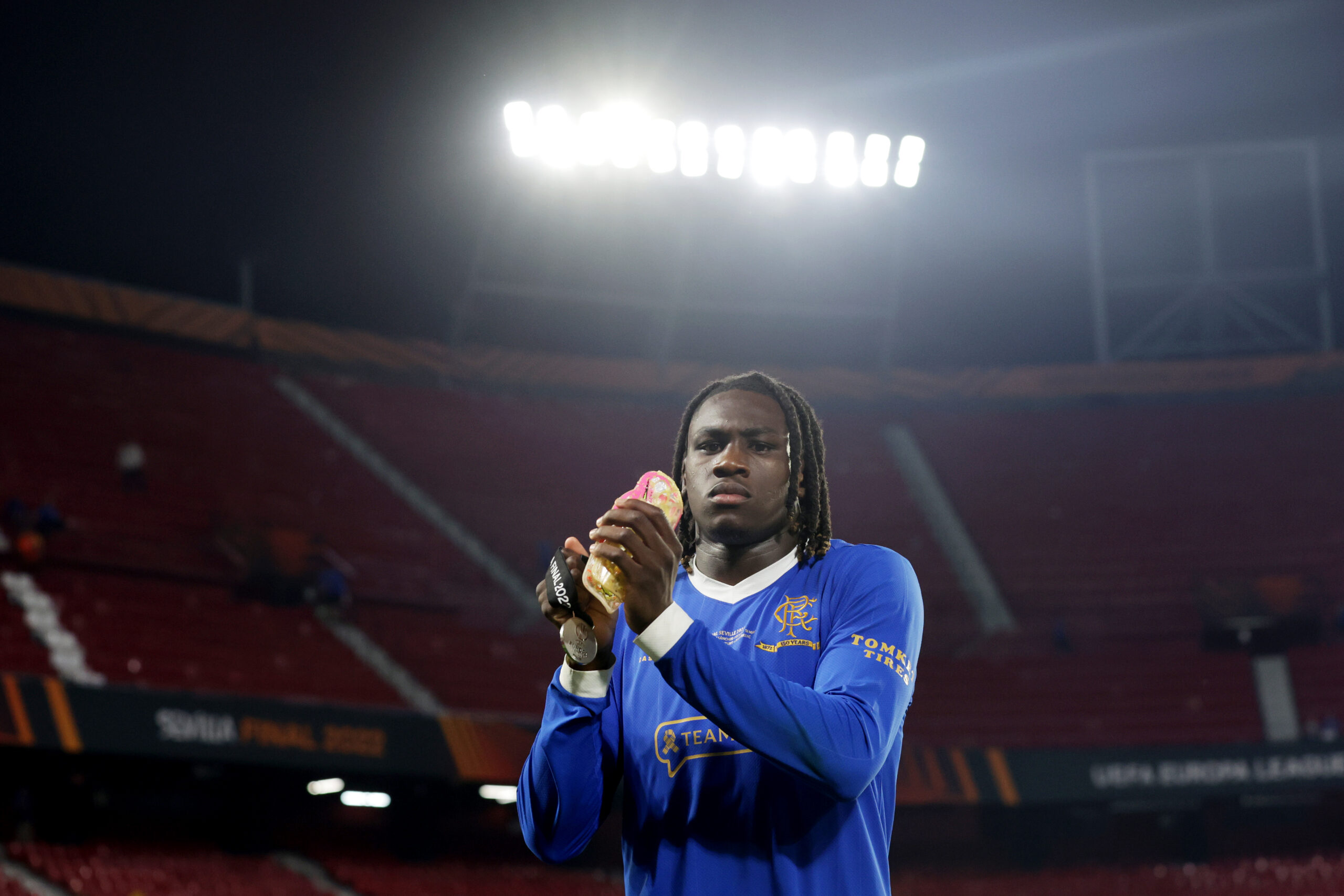 According to talkSPORT, several other Premier League sides are also in the race to lure the sought-after 22-year-old away from Ibrox Stadium this summer.

Bassey has thrived in Glasgow since joining the Gers from Leicester City’s youth academy for around £300,000 a couple of years ago, developing into one of the best-performing defenders in the Scottish Premiership.

Rangers sold up-and-coming right-back Nathan Patterson to Everton for £16million in January and could ask upward of that figure to let the Nigerian leave in the coming weeks.

With Bassey’s contract running until 2024, last season’s Premiership runners-up are in a strong bargaining position ahead of the potential transfer tug-of-war for the left-back’s signature.

The versatile defender had an outrageous season in 2021/22, helping Giovanni van Bronckhort’s side to a couple of runner-up finishes in the domestic championship and Europa Conference League, respectively.

Comfortable playing at the heart of the backline as he is at the left-back, the in-demand youngster tallied 50 appearances across all competitions last term, recording six assists.

His stellar showings at Ibrox saw Borna Barisic fall down the pecking order and earned him his maiden international call-up for Nigeria in March 2022.

Although Bassey remains an influential first-team member at Rangers, van Bronckhorst faces an uphill task of fending off foreign suitors for his trusted ally.

The Nigerian’s potential departure would force the Gers’ hand in the transfer market as they aim to win back the Scottish Premiership crown next season.

But with Rangers’ 2022/23 Scottish Premiership fixtures kicking off on July 30 at home to Livingston, van Bronckhorst will be time-strapped to fill the void.

Selling Bassey for approximately £20m would be a sensational piece of business, given they paid less than half a million to capture his services in the first place.

It comes as no surprise that Ajax and Brighton have emerged as the likeliest landing spots for the Italy-born defender.

Both sides are on the cups of losing their senior left-backs if the latest talks are to be believed.

Nicolas Tagliafico has accumulated plenty of interest around Europe, with Barcelona joining the race to take him away from Amsterdam, as per The Sun.

The Argentine has been one of the most consistent Lancers defenders over the past couple of years. But his time in the Eredivisie is seemingly coming to a close.

As for Brighton, Marc Cucurella has been Manchester City’s number one priority to strengthen the left-back position since early summer.

Though Sports Illustrated insists Pep Guardiola’s men will not pay the £50m asking price for the La Masia graduate, there’s a feeling that the deal will go through eventually.

Cucurella has already informed the Amex Stadium powerbrokers of his desire to move to the Etihad Stadium, giving Man City the leg-up in upcoming negotiations.

Based on Bassey’s performances last season, he would be a massive coup for both interested clubs if they can convince Rangers to sanction a deal.