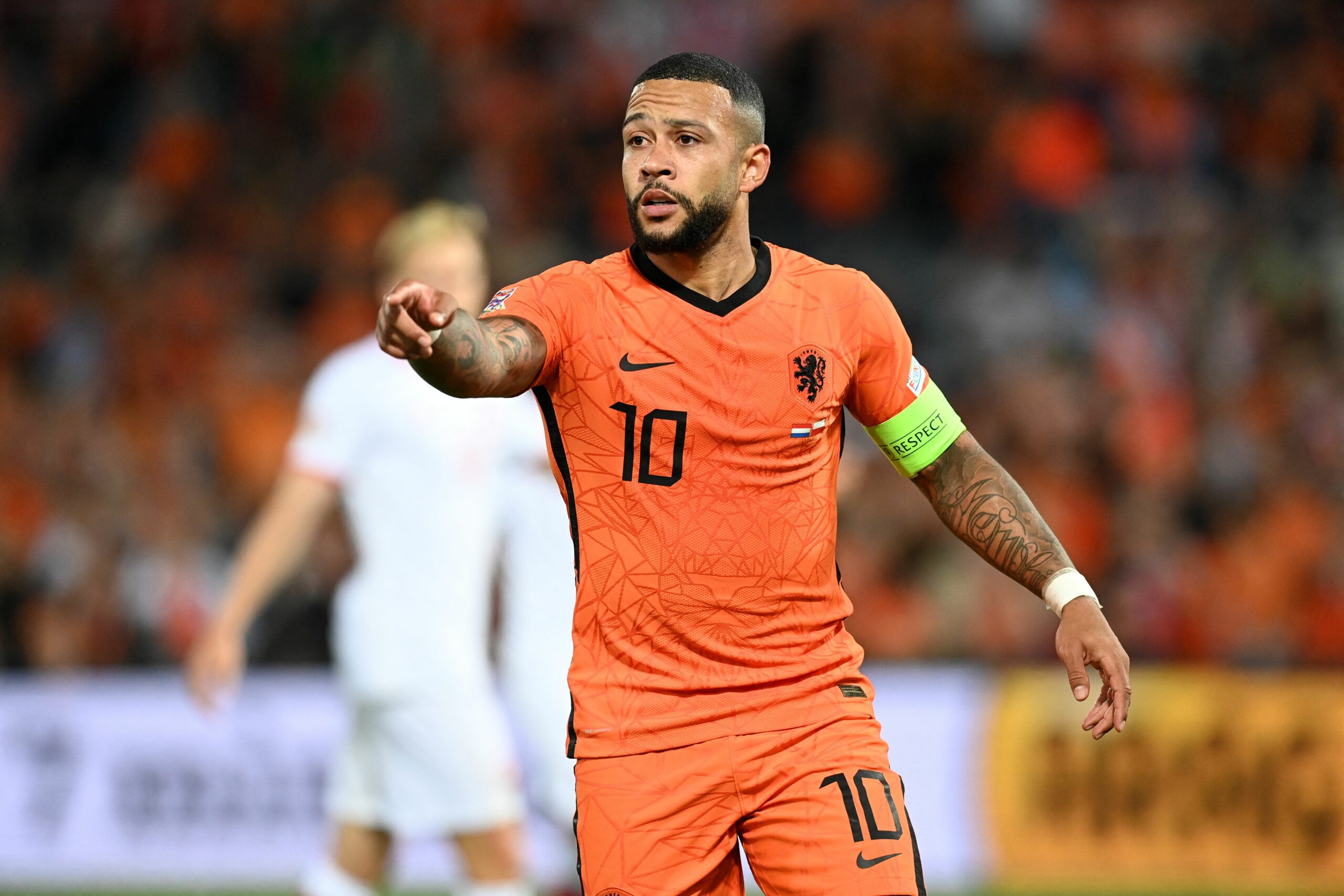 Memphis Depay’s future has been plunged into doubt after Barcelona have informed him that he is not part of their plans next season, according to AS.

The Catalan giants are also looking to include the Dutch striker as a makeweight in a deal to sign Sevilla defender Jules Kounde, who turns out to be their priority target to reinforce the backline.

With Barca already sealing the transfer of Raphinha, a new deal for Ousmane Dembele, and Robert Lewandowski mooted as the next potential target, Depay has clearly lost his place in the squad.

After a successful stint at Lyon, the 28-year-old moved to Camp Nou last summer on a free transfer at the behest of Ronald Koeman.

However, the Netherlands international failed to replicate the stellar form he enjoyed in Ligue 1. He also fell down the pecking order of Xavi during the latter half of the season, with January signings Pierre-Emerick Aubameyang and Ferran Torres becoming regulars.

Barca have already cleared a chunk of their wage bill by offloading the likes of Philippe Coutinho, Luuk de Jong, Clement Lenglet, Francisco Trincao and Rey Manaj to ease their financial troubles.

Depay could be the next potential departure, and aside from Sevilla links, he is wanted by a host of European giants.

Premier League giants Chelsea, Arsenal and Tottenham Hotspur, alongside Serie A club Juventus are said to be interested in his services.

Depay’s struggles in Spain could be largely attributed to Barca’s fluctuating 2021/22 campaign as well as his injury problems.

Nonetheless, the former Manchester United star is still a top-class forward, and he has always shown it with the Netherlands national team.