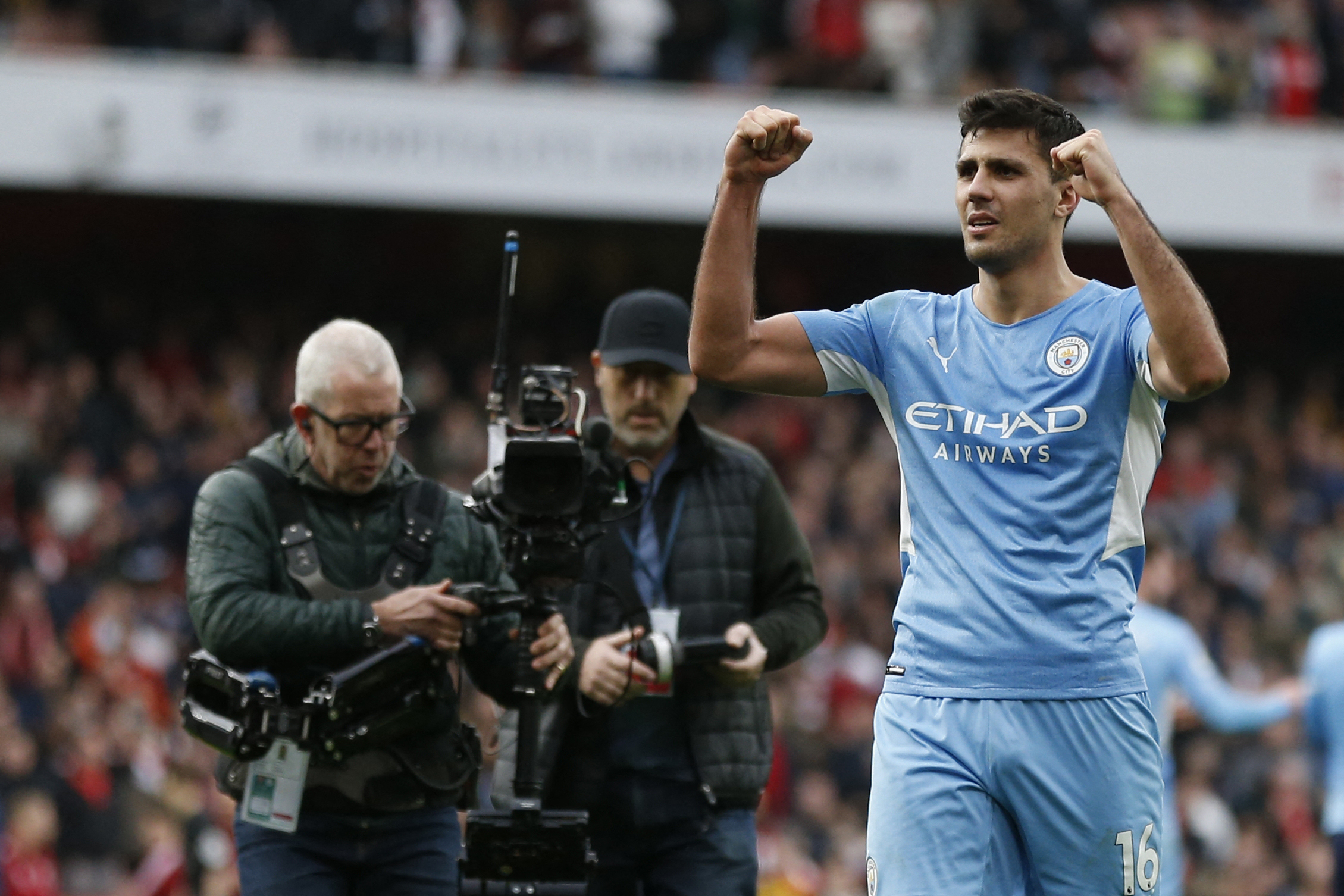 Spanish midfielder Rodri has committed his future to Manchester City by signing a new five-year contract, extending his stay at the Etihad Stadium until 2027.

After a brilliant short stint with Atletico Madrid, where he caught the eye across Europe, the 26-year-old moved to Man City for £62.8 million in 2019.

He has since been a key figure in the centre of the park for the Etihad outfit, helping the club to win Premier League and Carabao Cup titles.

“Joining City in 2019 is the best decision I have made in my career,” Rodri said via City’s official website.

“I have loved every second. The fans have been amazing with me, I feel totally supported by the club and the manager pushes me every single day.

“I have improved so much as a player, and I want to thank Pep and all the backroom staff for their help. They are completely committed to helping me become the best player I can be, and I appreciate their hard work.”

Despite the arrival of former Leeds United man Kalvin Phillips, who will offer healthy competition in midfield, Rodri remains committed to City and is looking forward to more success in the blue half of Manchester.

“We have been very successful since I came here, which is something that makes me very proud,” the Spaniard added.

“But to be honest, that success has made me even more hungry for me. Once you start winning big titles, you don’t want to stop.

“City, I feel, offers me the best chance of winning trophies and that’s why I am so pleased to be staying here for longer.”

Rodri has made 151 appearances in all competitions for City, scoring 13 goals and providing nine assists, while he has featured for the Spanish national team on 33 occasions since his debut in 2018.