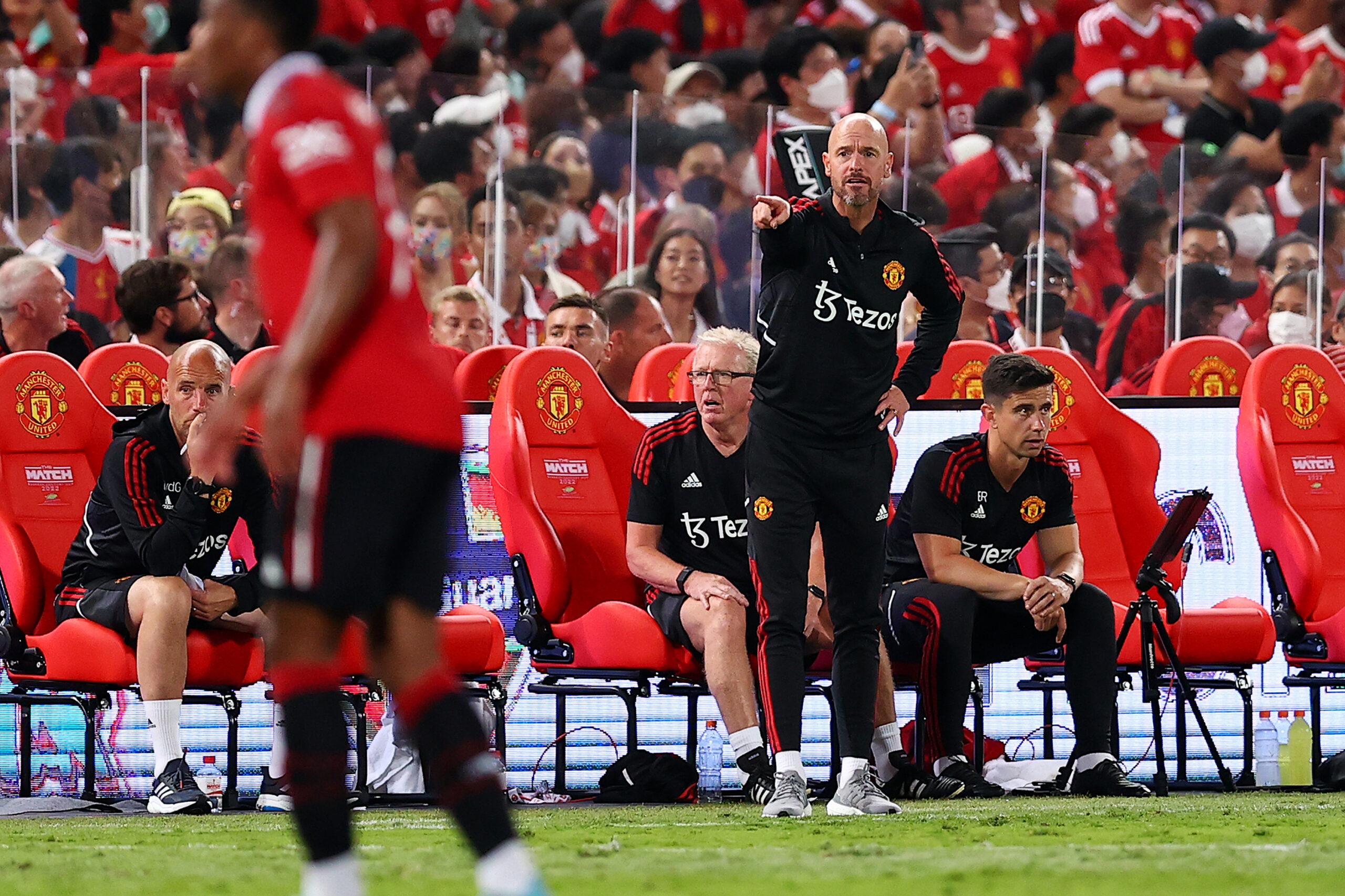 Manchester United and Liverpool squared off in a blockbuster summer friendly in Thailand as Jadon Sancho and Anthony Martial inspired the Red Devils to a thumping victory.

Jurgen Klopp’s decision to field an understrength squad backfired on him already in the first half as Man United put three unanswered goals past Alisson Becker before half-time.

Jadon Sancho broke the deadlock at the Rajamangala Stadium within 12 minutes, capitalising on a poor defensive clearance from Isaac Mabaya to put United in front.

Luis Diaz came close to drawing Liverpool level, only to see his curled effort rattle off the post into a goal-kick.

Summer signing Fabio Carvalho hit the post on a half-volley, with Diaz failing to convert the rebound, allowing David de Gea to preserve a clean sheet.

After Liverpool wasted a couple of opportunities to restore parity, Man United doubled their lead through Brazilian midfielder Fred midway through the first half.

The former Shakhtar Donetsk man latched onto the rebound and chipped the ball over Alisson from mid-range to put clear daylight between old foes.

Fred’s lob triggered a chain reaction as Klopp reached out to the bench to make ten changes already in the 32nd minute but to no avail.

Instead of reducing United’s lead, the Reds lost further ground only a minute later as Martial returned to the scoresheet for the Red Devils with a brilliant solo goal.

After two years of suffering at Old Trafford and a troublesome short-term loan at Sevilla last time out, the Frenchman showed flashes of his potential in Bangkok.

Martial’s return could be a massive signing for Man United if ten Hag manages to reignite the forward’s career. Tuesday’s fixture served as a reminder of the 26-year-old’s quality.

Both managers performed numerous changes beyond the interval, but it was ten Hag’s lads to come out on top of a frantic second half.

Second-half substitute Facundo Pellistri completed a stupendous build-up play with a stone-cold finish in the 76th minute to put the icing on the cake.

After avenging a brace of embarrassing Premier League defeats last season, Man United will head into their first-ever clash against Melbourne Victory in high spirits.

By contrast, Klopp has three days to rally his troops and prepare Darwin Nunez and co for the upcoming friendly against Crystal Palace at the National Stadium in Singapore.